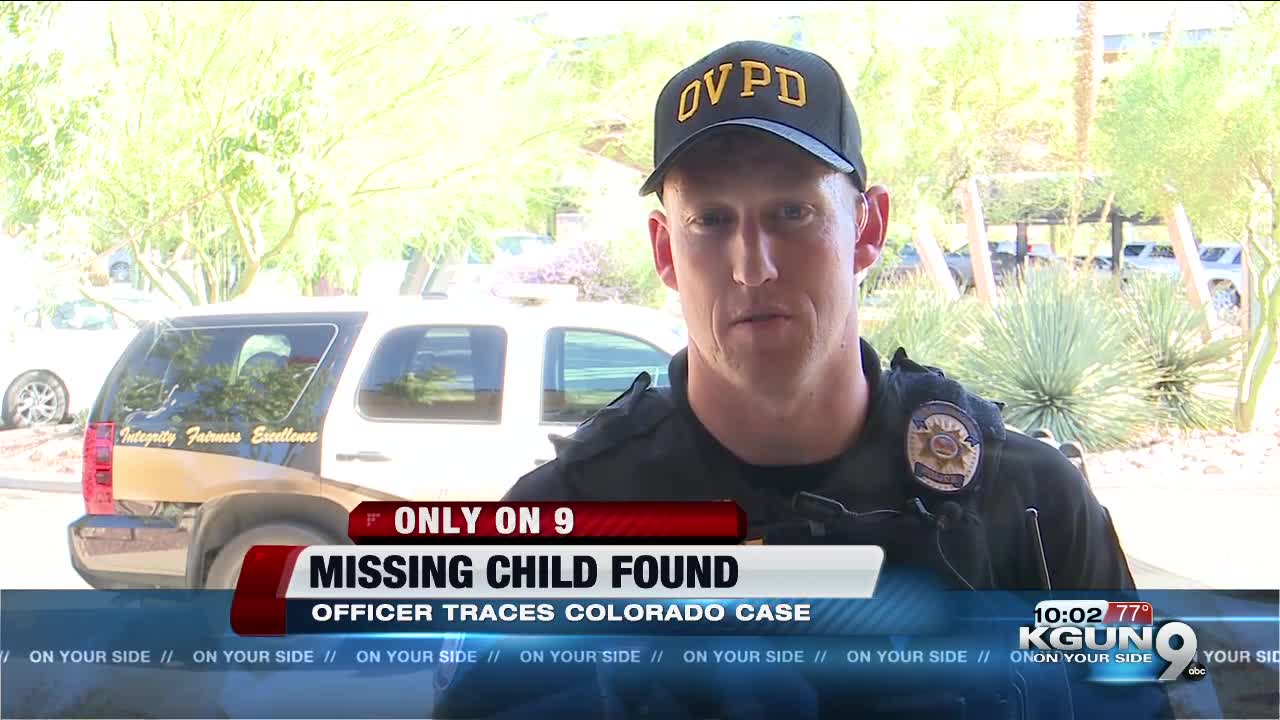 ORO VALLEY, Ariz. — Officer Kristopher Knapp will tell you he was just doing his job.

It all started after he looked up a Colorado license plate at a local motel, that's when Officer Knapp's instincts kicked in.

He helped to save a child he says had been trained to stay hidden.

August 12, 2019 was like any other day, Officer Knapp at geared up and headed out on patrol.

"I just do a drive through of one of our motels in the area," Knapp said.

Knapp spots a Colorado license plate in the parking lot.

"Run it to see if the vehicle's stolen, anything like that, comes back, no issues."

Two days pass and as it turns out, there would be an issue.

Knapp learns the car is registered to a missing woman out of Pueblo County, Colorado.

"In addition to that, that person's 8-year-old child also regarded as missing," Knapp said.

"There's a court order out of Colorado to remove the child from the mother's custody."

Back at the hotel he says he and other officers have been intently watching the room registered in the mother's name.

A few knocks and no answer, but there's signs someone is inside.

"You can immediately hear the mother and grandmother start arguing about opening the door, you could hear the child screaming in the background."

The officers had a judge's warrant to enter the hotel room by any means, but that didn't happen.

Officer Knapp says the mother surrendered and the child taken into DCS custody.

"If it comes down to it again," Knapp said.

"I'm put in the position again, I'll do the same exact thing. Do what I need to do, follow the laws, make sure that it's just and reasonable and assure the child is safe."