The program known as "Tucson Delivers" is estimated to collect $250 million to fund better streets and give better resources to the fire and police departments over a five year period.

The city says $100 million will be used to restore and repair streets while the other $150 million will go towards the Tucson's police and fire department.

So far this year, both departments have received and started using a number of new vehicles. 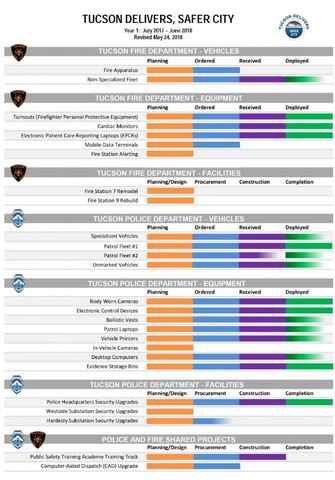 TFD has 90 new sets of turnout gear and more than 60 cardiac monitors.

In the planning process, TFD is working to remodel and rebuild its fire stations.

TPD plans to get dash cameras for its vehicles and upgrade substation security.