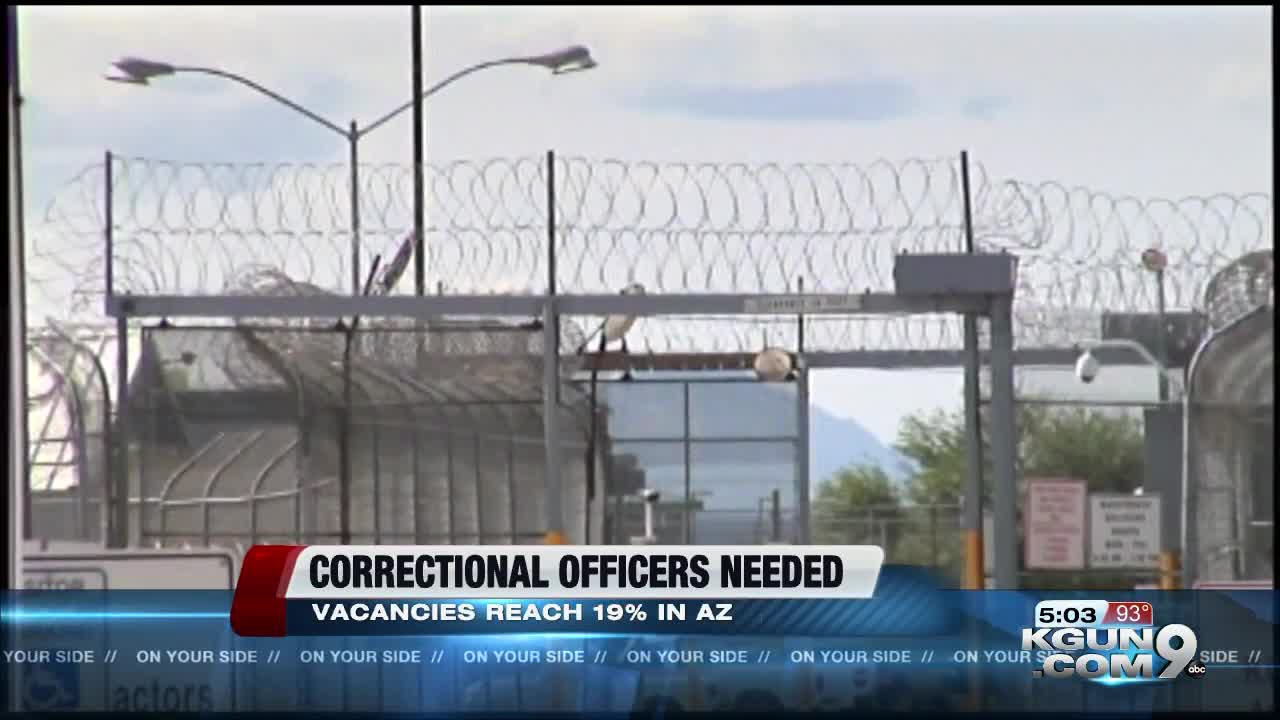 The Arizona Department of Corrections director says vacancy rates for correctional officers have increased across the state.

PHOENIX (AP) - The Arizona Department of Corrections director says vacancy rates for correctional officers have increased across the state.

The Arizona Capitol Times reported Monday that director Charles Ryan announced vacancy rates at Arizona's prisons have increased from 1.7% to 19% since 2012.

Ryan says the vacancy rate of correctional officers has reached as high as 37% at a state prison in Florence, Arizona.

He announced these figures in a letter to the state governor in addition to his Friday retirement.

The director says the prison system continues to lose employees to multiple competitors including the U.S. Border Control and Federal Bureau of Prisons because of the lack of competitive compensation.