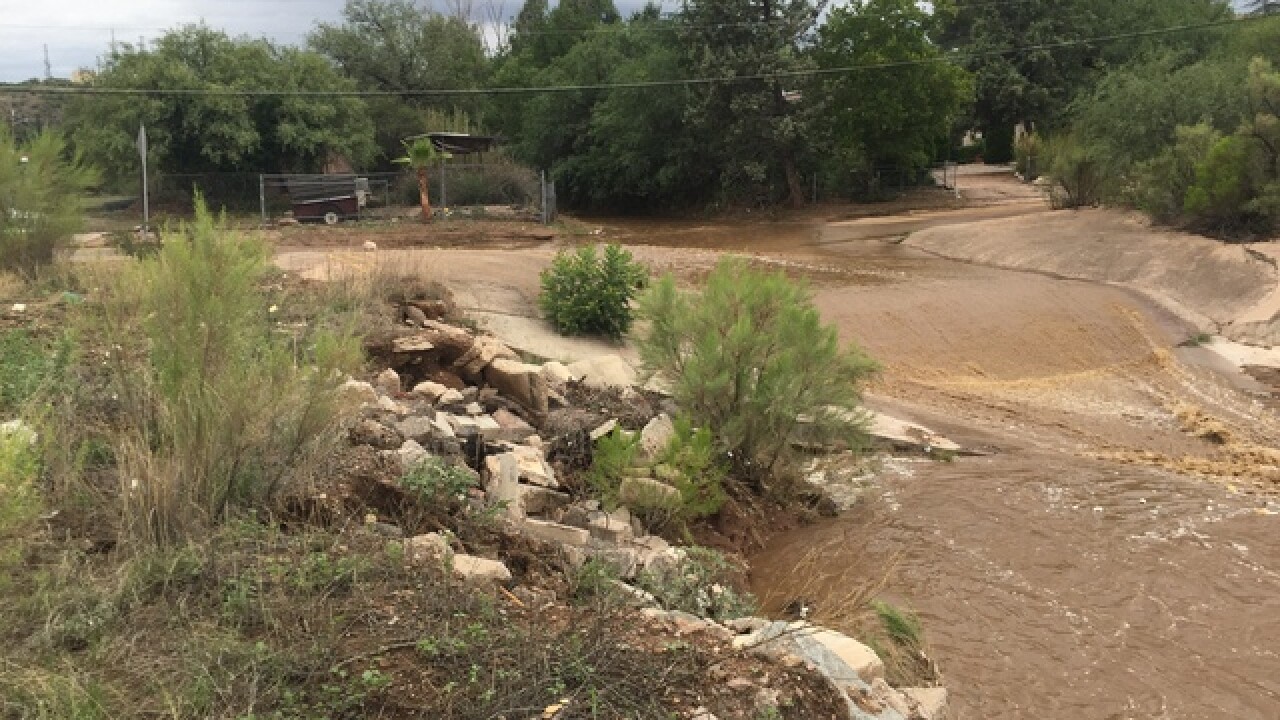 According to the Nogales Police Department, bystanders saw first spotted a body in the floodwaters, flowing in from Mexico. They reported it to the Santa Cruz County Sheriff's Office, who say their deputies tracked the body northward but lost track of it around Rio Rico.

The second body was found Thursday around 4:30 p.m. southeast of Palo Parado road, near exit 25 on I-19. The body was semi-exposed.