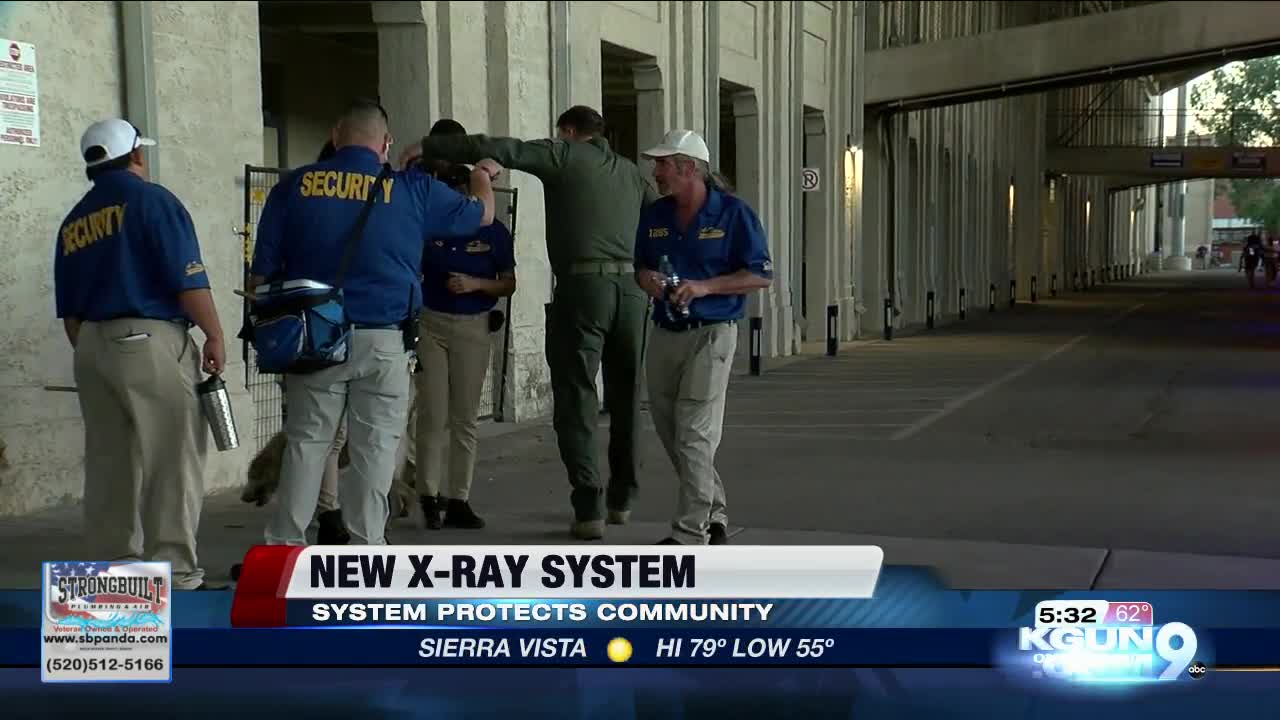 The #UniversityofArizona & suspicious callouts now have something in common besides just police officers - how this new piece of technology is keeping you safe @kgun9 pic.twitter.com/jwk1rnxeIj

The Tucson Police Department was able to get the new system after applying for a Department of Homeland Security grant. The Southern Arizona Law Enforcement Foundation also helped TPD purchase the system.

The new x-ray system helps bomb squad members get a quick and clear look into what is inside of a potential suspicious package.

The old system required officers to scanned the item and take it back to a vehicle to develop the photo of the inside.

"When we had the old film it'd take about 30 minutes to x-ray a package to see what was inside. This new x-ray system that we have takes approximately two to five minutes which means we can tell what's inside of a package fairly quickly so that way the community can get back to enjoying the event that they are at," said Salisbury.

The new system is primarily being used during University of Arizona home football games and home basketball games.

During a UA home game up to 50,000 people can be in attendance, which means law enforcement officials also have to show up in big numbers.

The hope is the new x-ray system along with law enforcement officials will be able to take care of suspicious package callouts a lot faster.