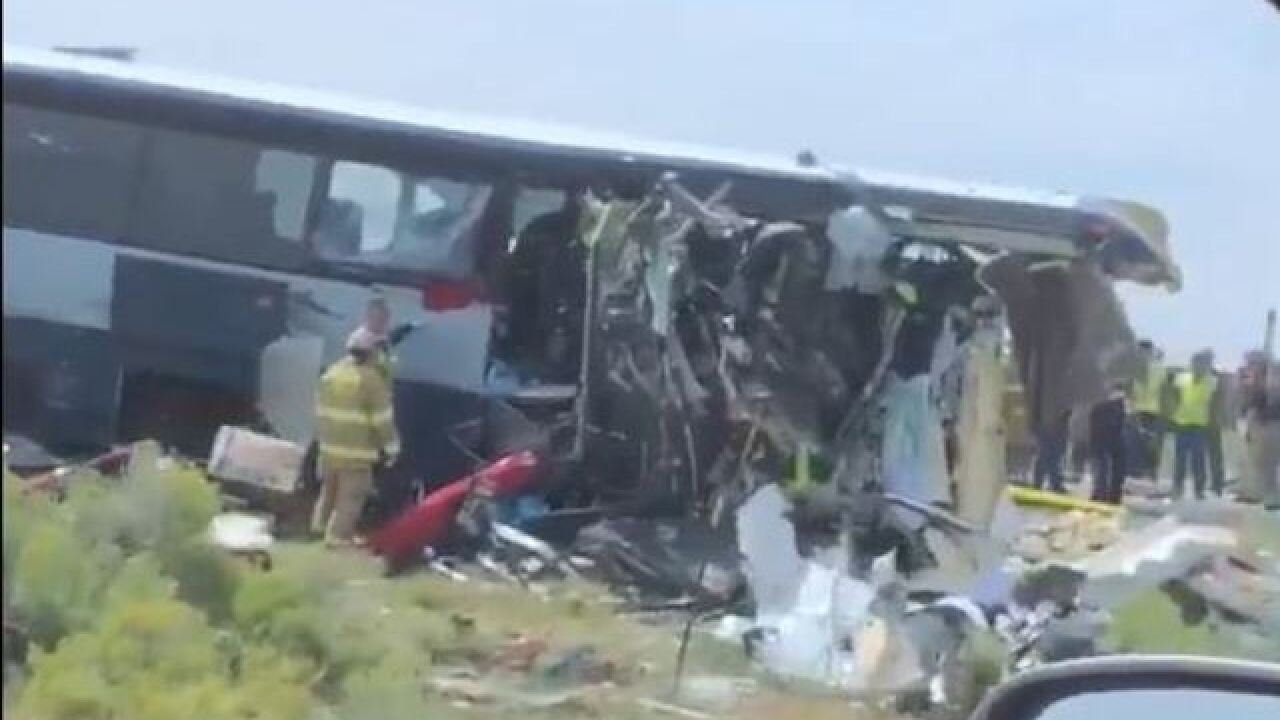 Copyright 2018 Scripps Media, Inc. All rights reserved. This material may not be published, broadcast, rewritten, or redistributed.
Radwany, Samuel

New Mexico authorities say multiple people have been killed after a commercial passenger bus collided head-on with a semi-trailer on I-40 near the town of Thoreau.

It happened when a semi-trailer headed east blew a tire on the roadway. The driver lost control and swerved into the westbound lane, colliding with a Greyhound bus.

New Mexico State Police said four people were pronounced dead at the scene, but they expect the number of fatalities to rise.

The bus was heading from Albuquerque to Phoenix, with stops planned in San Bernadino and Los Angeles, a Greyhound spokesperson said.

State Police said passengers were transported to a hospital and a phone number was set up for family members seeking more information about people who were aboard the bus.

Officers said there were 48 people involved in the crash. All but six of them were hospitalized.

The crash forced the closure of the westbound lanes of the interstate and traffic was backing up as travelers were being diverted. New Mexico State Police say they expect the closure to continue for four to five hours.