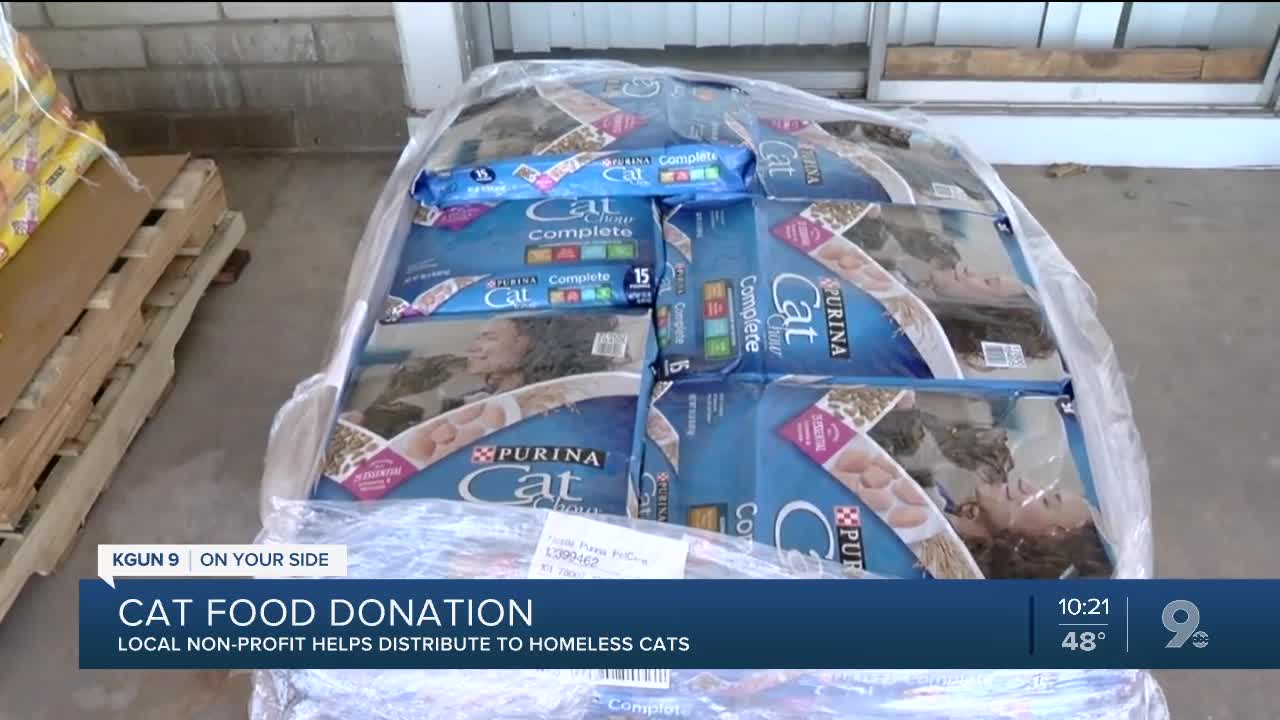 It's a joint effort between GreatGood.org Rescue Bank and Purina.

They worked with a Tucson-based animal welfare non-profit Cody's Friends to get the food to the rescue groups.

The non-profit tells us this donation is a huge help.

Cody's Friends community outreach leader Terry Brite said "We are always short on cat food, which is why we're putting this out today. It's very much in need and they're coming from far and wide to share in this."

Today's distribution is part of a 40,000 dollar donation raised online this year by greater GreatGood.org.