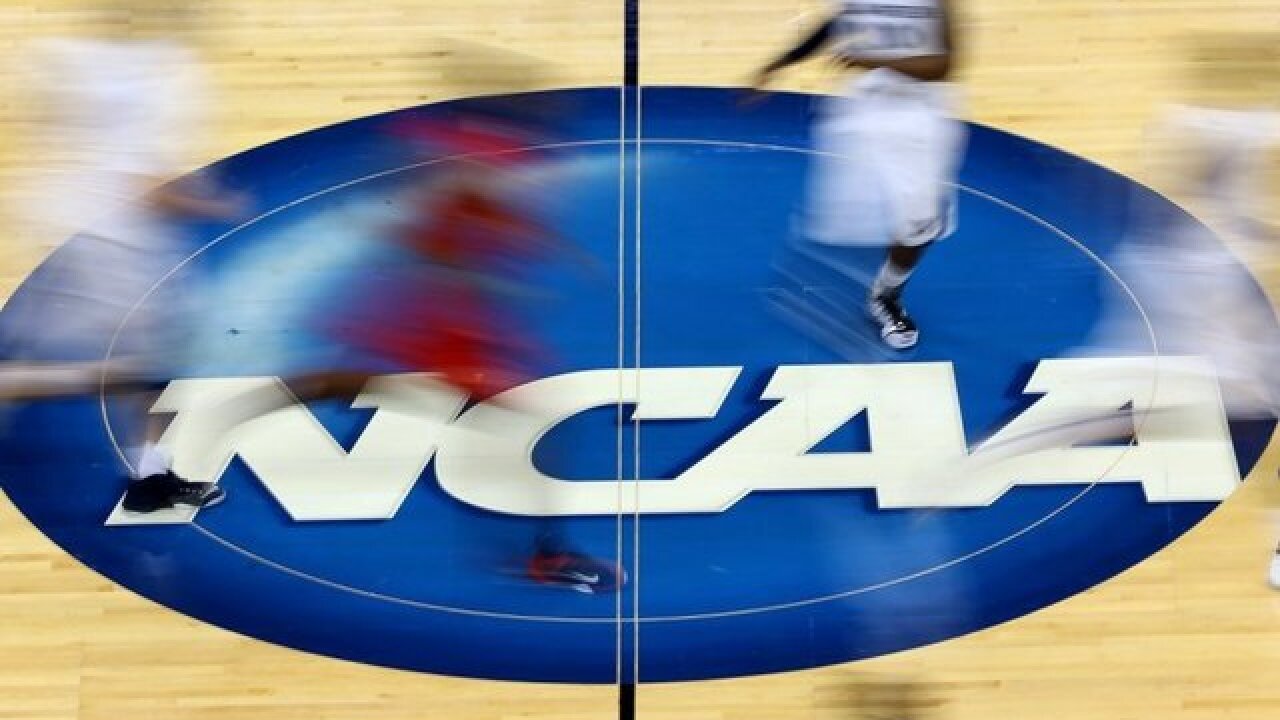 College basketball players who go undrafted by the NBA will be allowed to return to school and play as part of sweeping NCAA reforms in the wake of a corruption scandal.

The NCAA is adopting changes it hopes will improve its enforcement process when handling cases of rules violations.

The policies adopted by the NCAA's Board of Governors and Division I Council include the appointment of independent groups to handle and resolve complex cases. That was one of the recommendations from the Rice Commission appointed in the wake of an FBI investigation into corruption within college basketball.

The changes also allow the NCAA to accept during investigations outside information that has been "established by another administrative body or a commission authorized by a school." The NCAA says that will save time since investigators would no longer have to independently confirm information outlined by other agencies or outside investigations.

In addition, school presidents and athletics staff will be required to commit "contractually" to cooperate fully with investigations.

This means the NCAA could use the FBI's investigation of the Arizona basketball program, as well as others, to hand down sanctions.

The NCAA announced Wednesday that its Board of Governors and Division I Council adopted a "series of significant policy and legislative changes, setting in motion actions to change the structure of the NCAA fundamentally."

The changes reflect the recommendations made in April by the Rice Commission and will target summer recruiting camps, agent access for players and stiffer penalties for rule breakers.

The Rice Commission, led by former Secretary of State Condoleezza Rice, was formed in response to an FBI investigation into payments from shoe companies to coaches for steering players to certain schools.