Motorcyclist dies after crash near northwest side 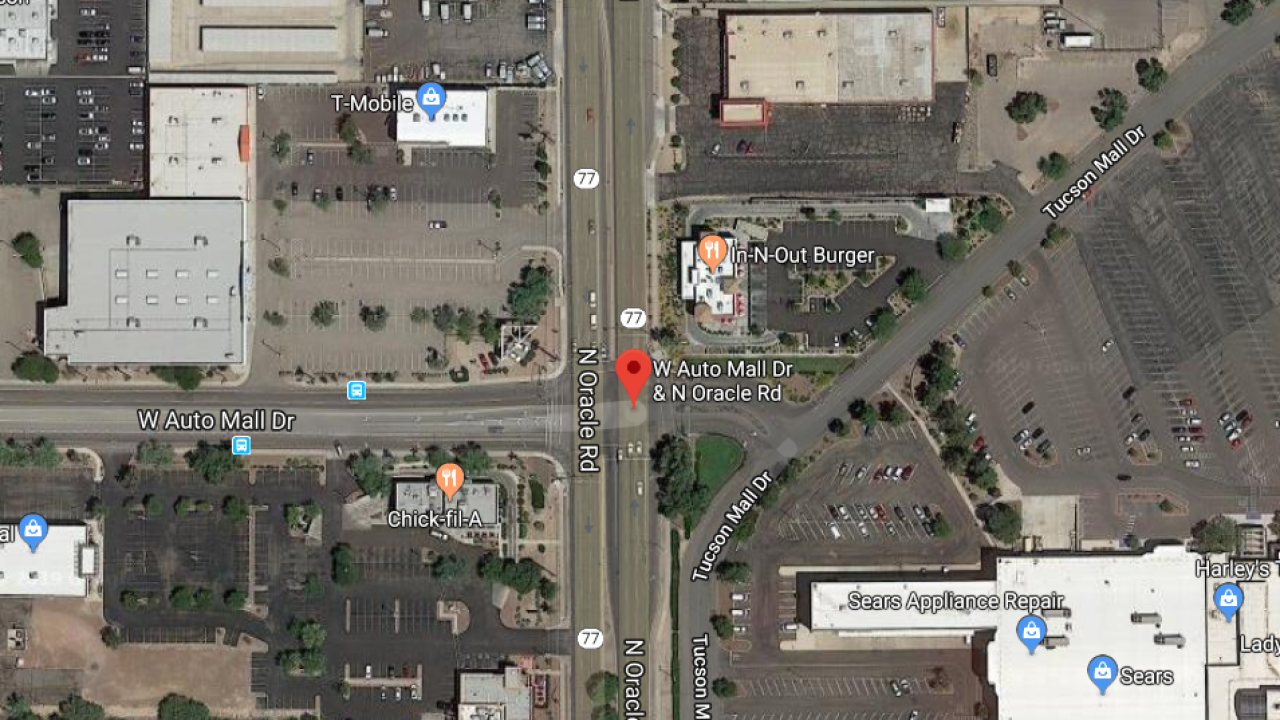 TUCSON, Ariz. — Tucson Police Department is investigating a deadly motorcycle crash that happened November 27 near the northwest side.

Police say officers responded to the area of North Oracle Road and West Auto Mall Drive around 5:44 p.m. about a serious injury crash involving a motorcycle.

Ward was taken to Banner University Medical Center, where he later died November 30, according to police.

Detectives determined a driver of a 2015 Ford Escape was traveling northbound on Oracle in the left turn lane making a westbound turn on Auto Mall Drive, police say.

Police say, Ward was on riding his motorcycle southbound on Oracle in the curb lane and entered the intersection as the Ford Escape was making a left turn when they crashed.

Detectives say Ward was wearing a helmet during the crash.

Detectives determined the driver of the Ford Escape was not impaired and speed did not appear to be a factor.

No charges or citations have been issued.