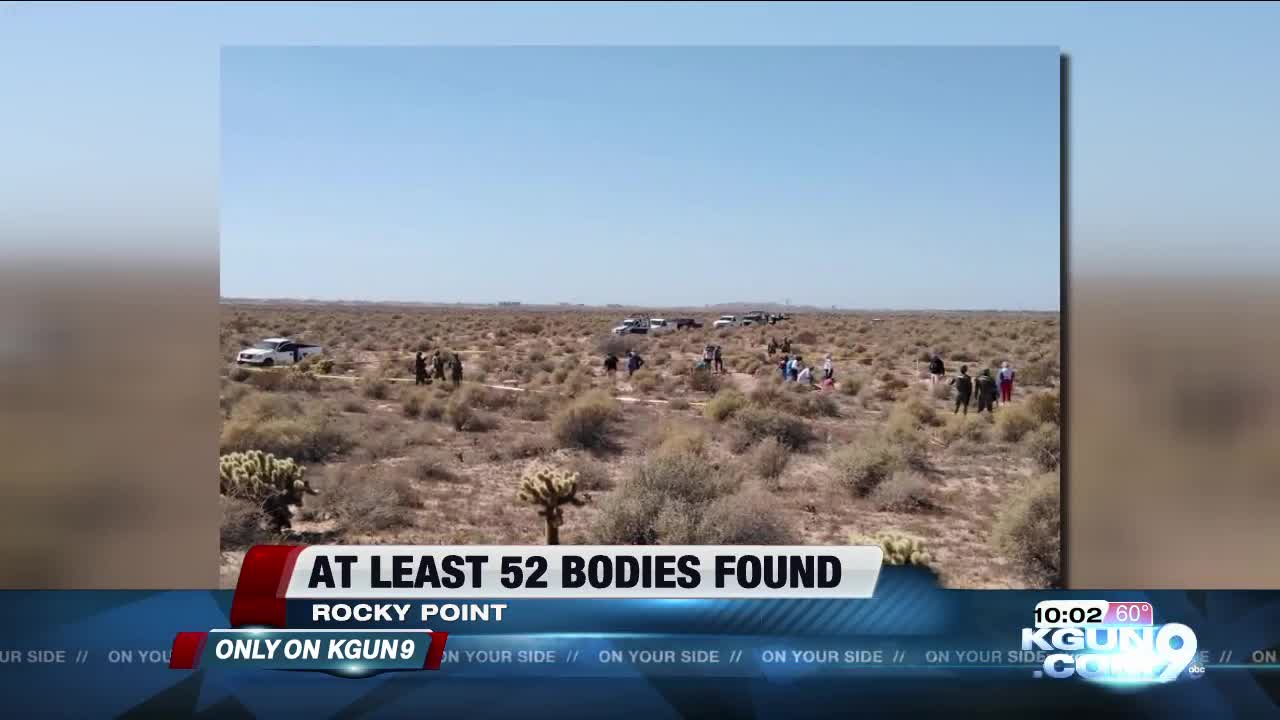 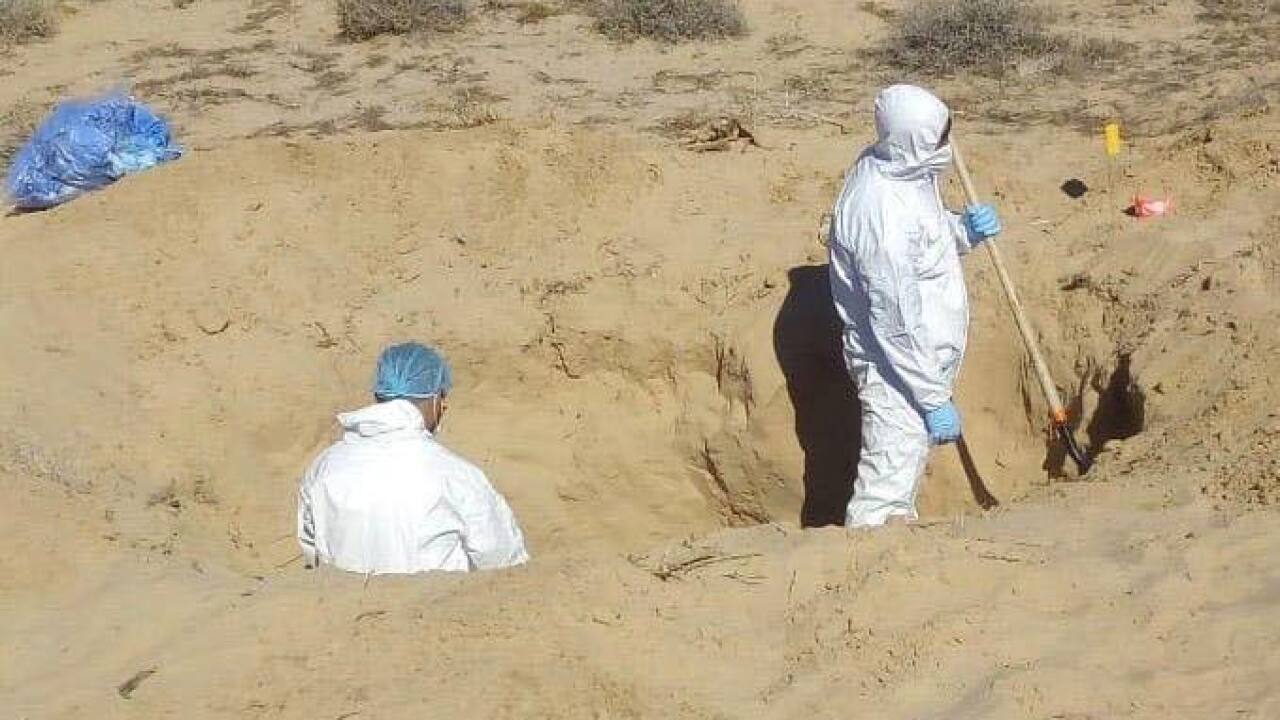 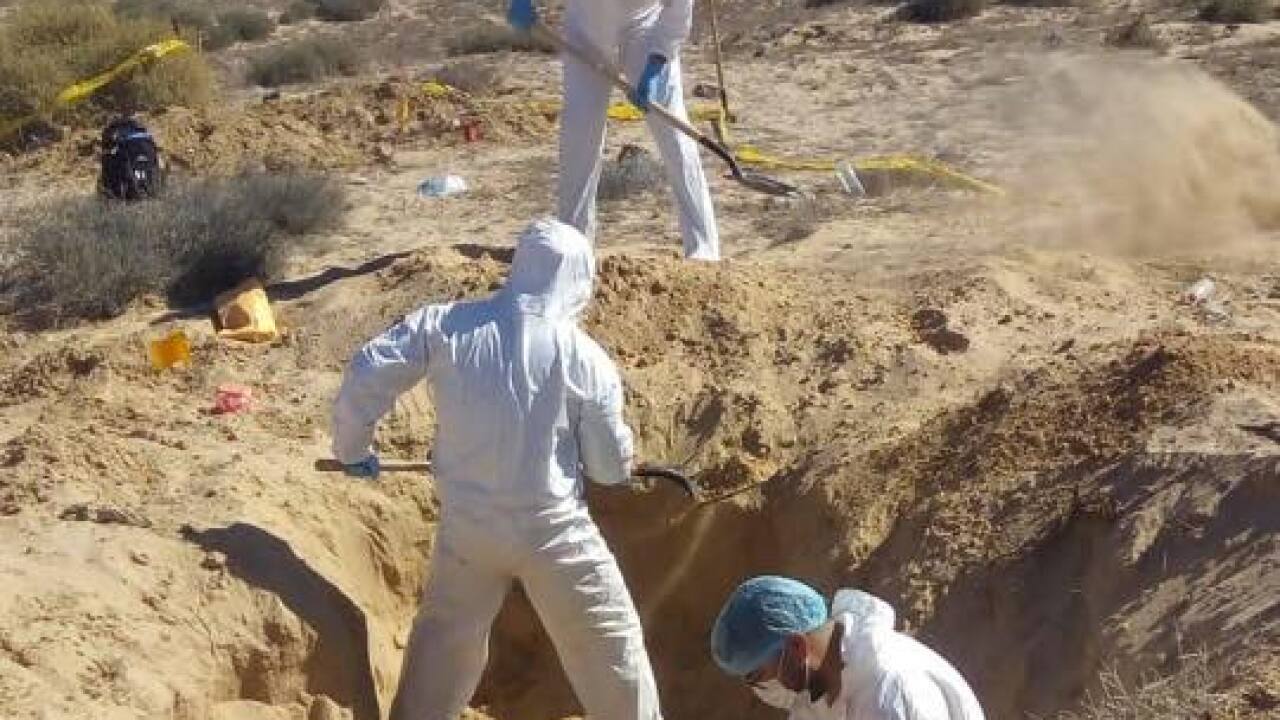 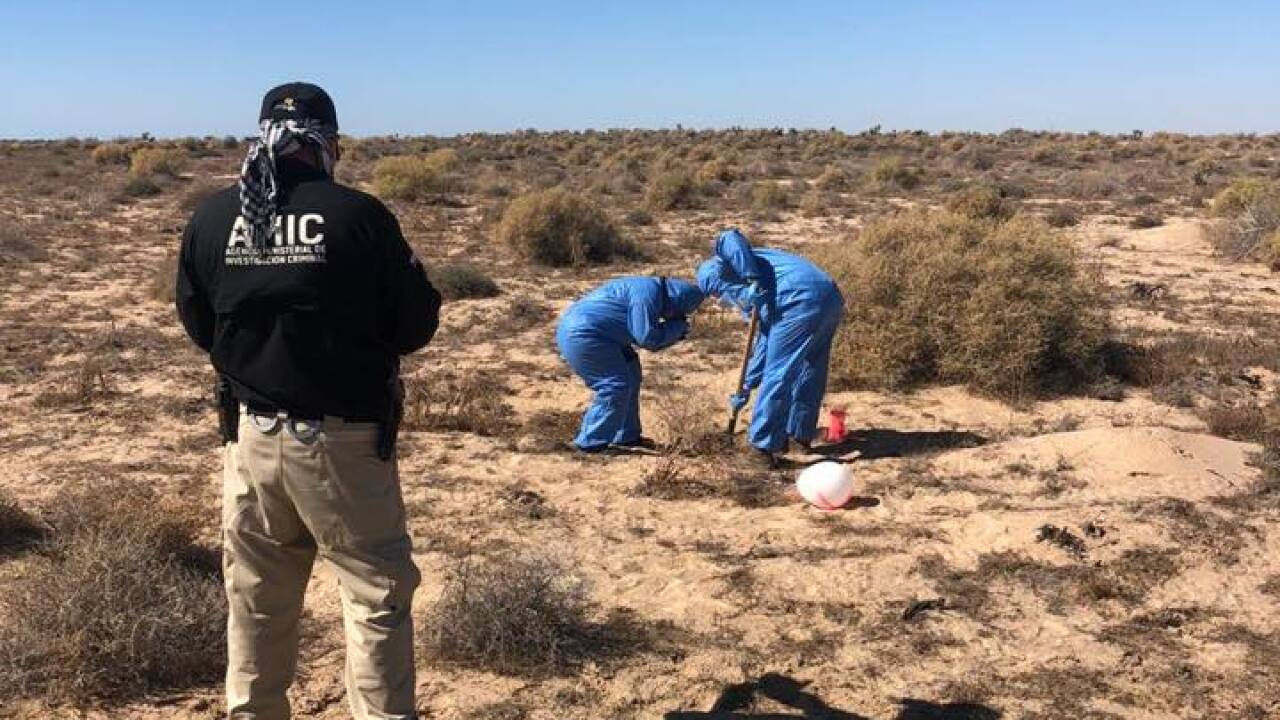 ROCKY POINT, Mex. -- More bodies were found in a mass grave, in Rocky Point, Mexico--bringing the total to at least 52.

Ceci Patricia Flores, a mother who lost both her sons says she was threatened at gunpoint trying to find their bodies.

She is the leader of ‘Madres Buscadoras de Sonora,’ a search group who found the bodies.

“The skulls, the remains, showed the deep pain they must have endured in their final moments,” she told KGUN9 in Spanish.

Flores says the group was also threatened at that grave site by cars full of armed men.

“Two black SUVs pulled up to where we were digging. They had guns. Their faces were covered. They didn't look like normal hitmen. They were very well dressed, and had guns superior to police firearms,” Flores added.

She says the men asked everyone to get on the ground. Her colleagues did. She refused.

“I stayed standing, because they came looking for me. I had to assume the consequences,” she said.

The men proceeded to strip them of their phones and said the following:

“This is a warning. We no longer want you here in Peñasco. You are stirring things up. Peñasco lives off of tourism and this scandal doesn't help. Plus the people in these graves deserved their death. They were rapists. Murderers. Scoundrels,” she stated.

Flores admits she was shaken up, but she knew exactly what she had to say.

“If you shoot us, you will just be shooting our bodies. We stopped living the moment you took our children from us,” she added.

The men left and told Flores they would return their personal belongings if they left the grave site then and there. The group left. Though she assures she will be back because her mission is far from over.

“I will fight until the day I die to find my children. Those who have disappeared deserve to be laid to rest with dignity,” Flores said.

Flores tells KGUN9 the group was not hurt during the encounter. She also says now she is more hopeful than ever she is one step closer to finding her sons.

Note: All quotes are translated from Spanish.