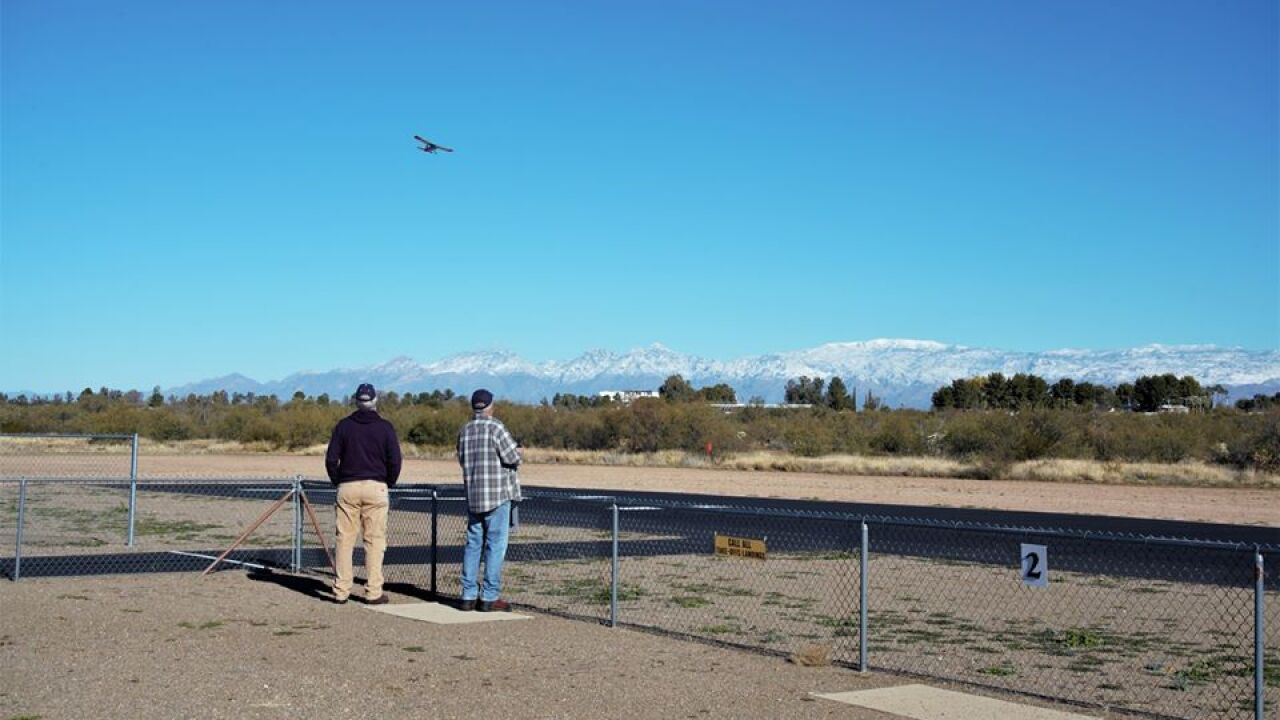 TUCSON, Ariz. — A model aircraft flying club might not be able to use a flying field at the Pima County Fairgrounds for meetings and activities much longer.

The 'Southern Arizona Modelers' flew airplanes from a space it leased at the fairgrounds.

Members said the club is in limbo until the county decides to renew its lease or not.

According to Mark Salyers, the club's president, aside from some crashes that happened, the group has not received a reason for being in limbo.

He said the club received a notice last week that told them about the situation.

They were granted an extension for 2 months, but said that may still not be enough time.

"It would've been nice to have a year's notice. it takes time to build all this stuff, said Salyers. "We don't have a lot of money. so it's done all on donations."

Salyers estimated it would cost thousands of dollars to find another space.

The club moved to its current location near the fairgrounds in 1994, according to the group's Facebook page.

The next club meeting is scheduled for February 1 at 10 a.m.