Miller vs. Bickel for Pima County District One

By: Craig Smith
Posted at 4:10 PM, Oct 28, 2016
TUCSON (KGUN9-TV) - A one-term incumbent and a political newcomer are competing for District One in the Pima County Board of Supervisors.
Ally Miller is running for her second term on the board. Brian Bickel is a former hospital administrator and military veteran challenging her.
Ally Miller has been an active voice on the Board of Supervisors but she's often the only "no" vote as her fellow supervisors outvote her on issues like government incentives to attract business and jobs. 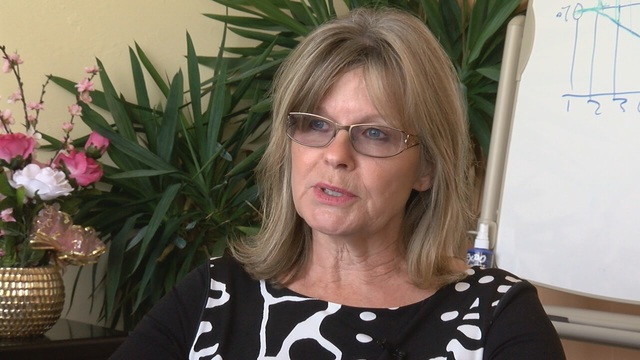 She was the single “no” vote against incentives for World View, a company that plans to use balloons to float tourists to the edge of space but also uses balloons to fly payloads for the military and for scientific research.
Miller doesn't talk to reporters very often.  She did not respond to our interview requests for this story.
So here's what she said back in April when the majority of Pima Supervisors voted for the World View deal. Miller suggested a more appropriate way to attract business and jobs would be fixing the streets.
“The responsibility of the county government is not to incentivize businesses.  We are to set the table, reduce regulation, make sure we have a community that is attractive to folks and businesses wanting to come here. That means cutting our tax rate."
The conservative Goldwater Institute says the World View incentives amount to an illegal gift, so it's suing Pima County.
Challenger Brian Bickel suggests Miller is more dedicated to a conservative philosophy than to getting things done.
He says, “Ally is a founder of the Tea Party Patriots.  She's very much a political ideologue.  They have a political philosophy and that's her approach to the office. I'm much more of a pragmatic individual, more focused on what needs to be done to make like for constituents better rather than just focusing on political ideologies.”
Bickel sees Pima County's efforts to attract business as a bright spot with the arrival of companies like Caterpillar.
Bickel says, “We need to keep Pima County moving in the direction that it's moving.  Over the last 18 to 24 months we've seen some significant economic development with the Home Goods Distribution Center; some of the things that have happened with the Port of Tucson and some of their vision as far as export logistics is concerned."
Road repair and how to pay for it is a sore subject for drivers and Pima County government. Gas tax is the usual way to pay for the roads, but as cars burn less gas, governments get less tax for the streets. Bickel says maybe voters will agree to let the Regional Transportation Authority use sales tax to repair streets as well as expand them.
With four seats on the board up for a vote, this election could shift the balance of power towards Ally Miller's philosophy or continue with a board that leaves Miller on the short side of important votes.
Copyright 2016 Scripps Media, Inc. All rights reserved. This material may not be published, broadcast, rewritten, or redistributed.