G.A.I.N. is an acronym for "Getting Arizona Involved in Neighborhoods 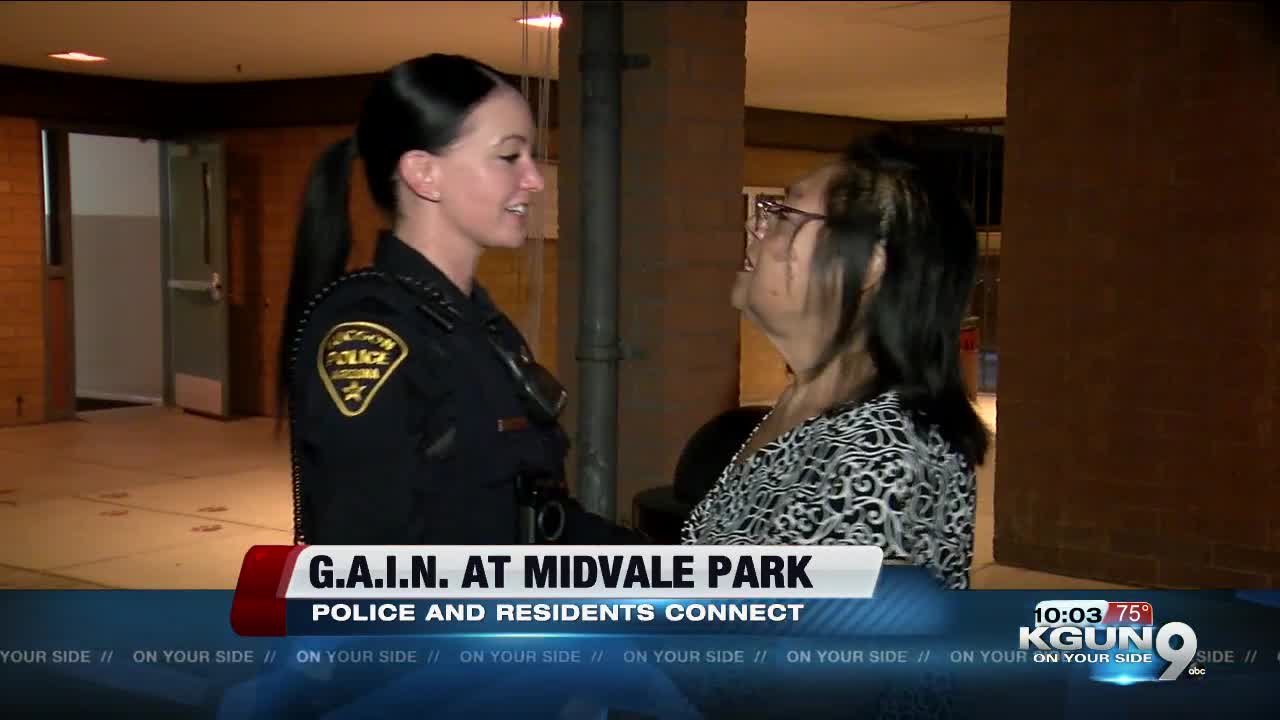 TUCSON, Ariz. — G.A.I.N. is an acronym for "Getting Arizona Involved in Neighborhoods."

The event was a display of the bond police officers and sheriff's deputies have with their neighbors in Midvale Park.

In the crowd, you'd find Tucson Police officer Monica Nance who is on the beat in the neighborhood.

"So this area it's where I grew up in so it's really important for me to actually get in touch with this area," Nance said.

Nance has been an officer with TPD for two years but she's been in this neighborhood most of her life.

"It's on the southwest side of town, it's not known for having the best reputation but I feel like as an officer we're definitely trying to to reach out to the community and get more involved and build that trust and relationship in the community."

Nance says she sees herself in the children at G.A.I.N. night.

"I think that definitely hits home for me, seeing the children and me wanting to help them and just be a good influence on them."

This assignment at G.A.I.N. puts her right where she says she wanted to be growing up.

"Growing up down here, I feel like not a lot of people were friendly with the police and it was kind of one of those things like if you saw the police you just kind of look the other way," Nance said.

"I want to get out in the community and change that effect."

At the first ever G.A.I.N. night Officer Nance is in the community affecting the very change she wanted to see.

"There is no place in the world i would rather work than here."