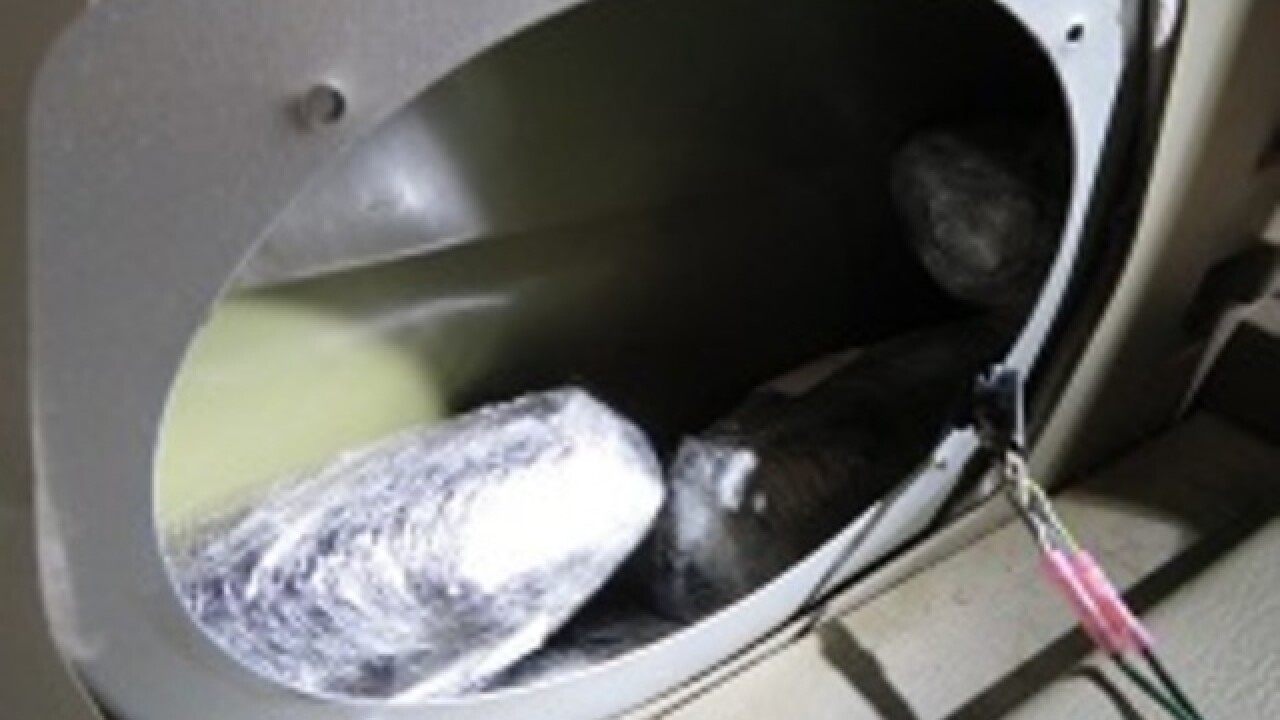 Authorities have detained a Mexican national for allegedly trying to smuggle methamphetamine into the U.S.

U.S. Customs and Border Protection officials said Thursday the arrest happened at a port of entry in the border city of Nogales.

They say a 27-year-old woman from Nogales, Sonora, Mexico, had her van referred for a secondary inspection Monday.

Authorities say a drug-sniffing dog alerted officers to the presence of drugs under a rear panel in the car. They found several packages consisting of a total of 22 pounds (10 kilograms) of meth. The drugs are estimated to be worth more than $67,000.

Border agents say the woman was turned over to U.S. Immigration and Customs Enforcement and the drugs were seized.