Men arrested after shootout with deputies near Marana identified 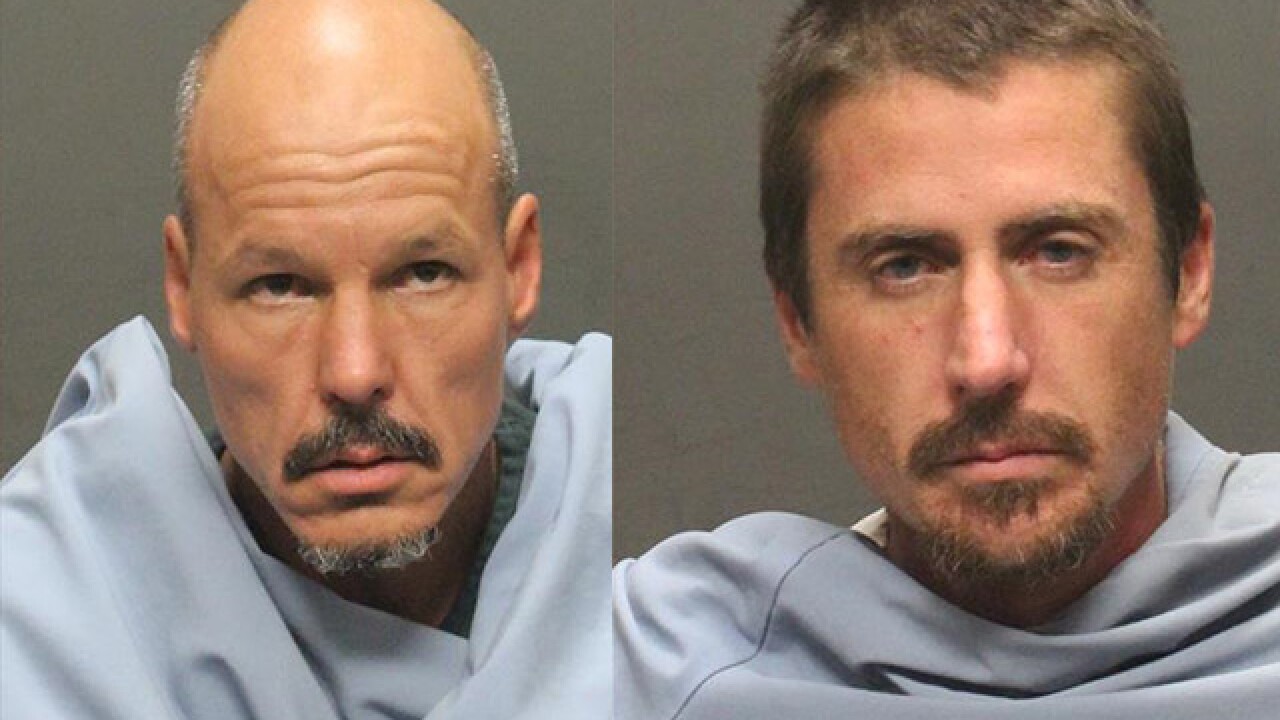 Pima County Sheriff&#39;s Department
the suspects have been identified as 39-year-old Jared Leeson and 44-year-old Michael Crooks. Both were booked into the Pima County Adult Detention Complex on multiple charges.

The Pima County Sheriff's Department says they arrested 44-year-old Michael Crooks and 39-year-old Jared Leeson after an incident that involved a carjacking, an armed robbery and a shots-fired incident near Marana Friday.

It started with a robbery call at the Dollar General near Ruthrauff and Romero roads. When a deputy tried to stop a suspect SUV nearby, the driver shot at the deputy and sped off. That's where deputies arrested one of the suspects involved.

Later, that driver crashed the SUV in a ditch near Orange Grove and Mona Lisa Roads. That's where another shootout with deputies occurred before the suspect carjacked another vehicle -- a pickup truck towing a trailer -- and sped off.

Eventually, deputies found that suspect near Silverbell and Twin Peaks Roads, where he was taken into custody.