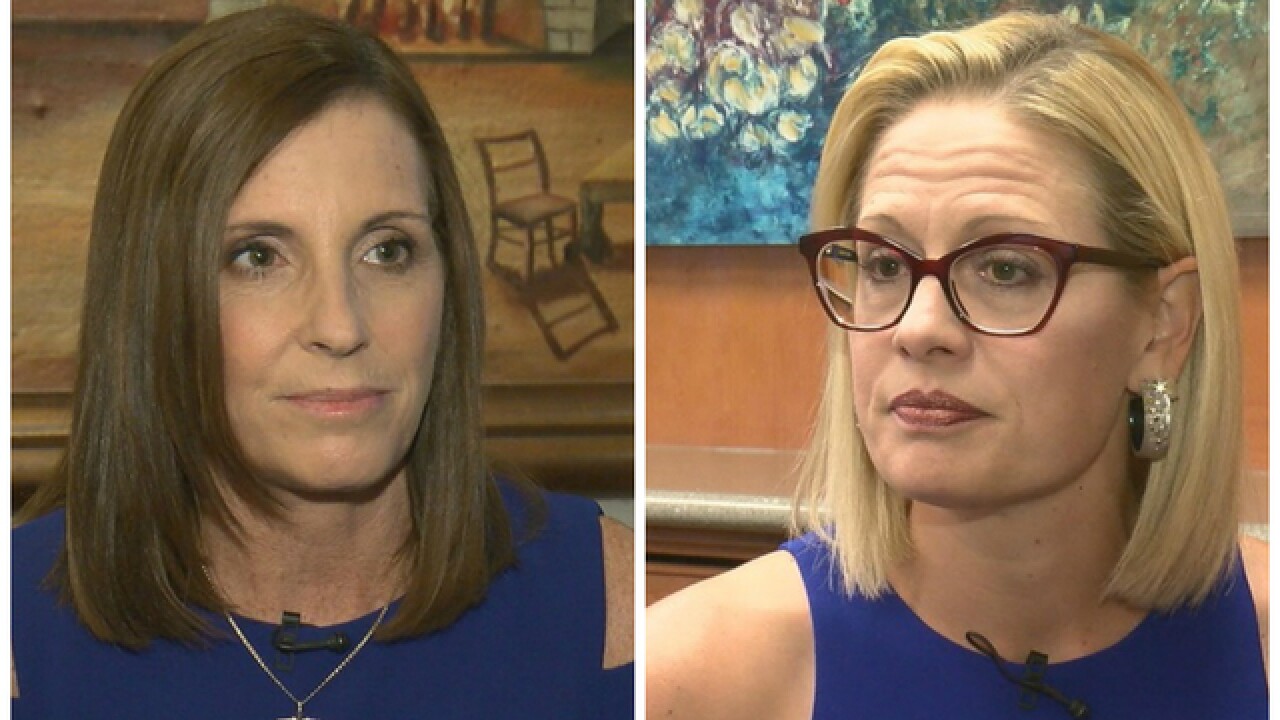 Martha McSally's and Kyrsten Sinema's campaigns have released statements after Sinema, inched ahead in Arizona's Senate race on Thursday, Nov 8.

"With half a million ballots left to count we remain confident that as votes continue to come in from counties across the state, Martha McSally will be elected Arizona's next Senator," said  Jim Bognet, McSally's Campaign CEO.

McSally's campaign also said that, according to thier data modeling, Sinema's lead will vanish as remaining ballots are counted.

McSally's press release also said that the mail-in ballots that were counted in Maricopa County office today had arrived from days when the Republican early voting turnout was 'significantly diminished.'

McSally's campaign is confident that the roughly 200,000 remaining mail-in ballot votes will favor McSally because they say 'high propensity' of Republican early voters had not dropped their early ballots as on election day.

"Arizonans must have faith that their votes are counted, and we are working diligently to ensure that count proceeds in a fair, transparent, and timely manner that voters can trust," said Sinema's campaign manager, Andrew Piatt in a press release.

"To that end, we have spent the hours since the polls closed tracking down ballots and know there are more than 600,000 left to be counted across the state."

Piatt went on to say that Sinema's campaign was aware that the Maricopa County Recorder would release a first wave of ballots this evening, and that once the half-million votes are counted, that they are certain that "Kyrsten Sinema will be the next Senator for the state of Arizona."