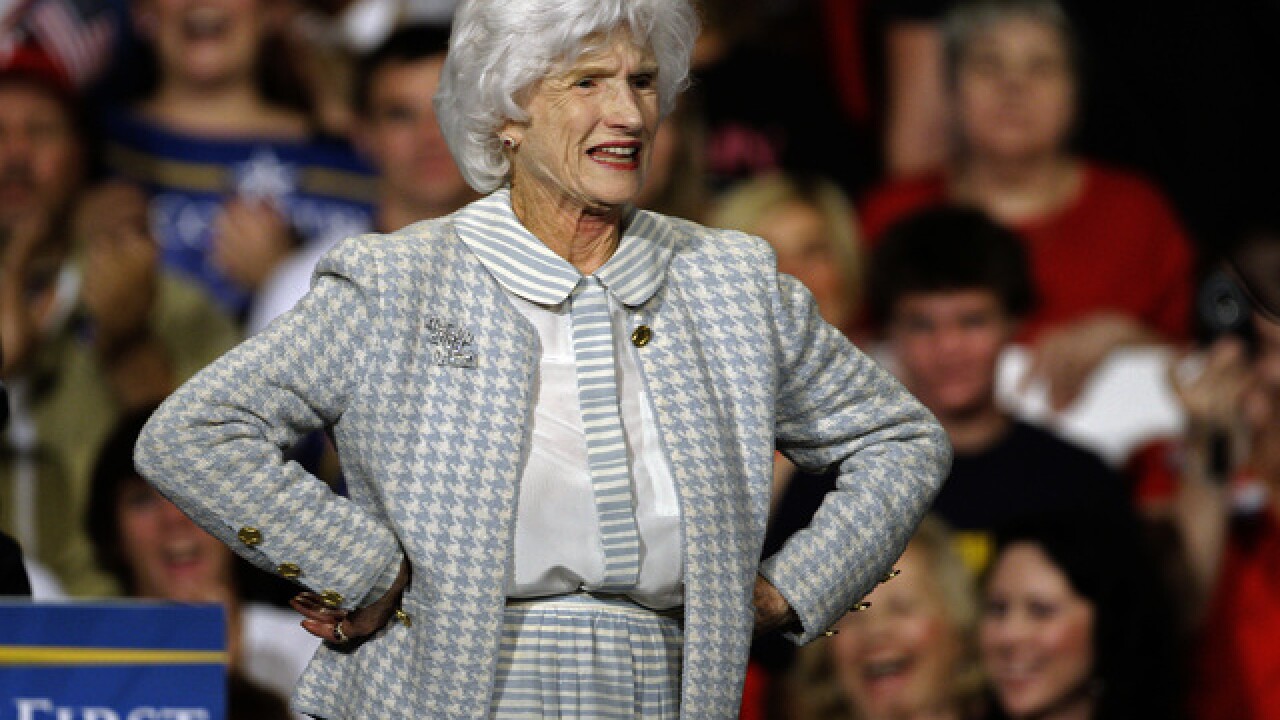 Copyright 2018 The Associated Press. All rights reserved.
Matt Rourke
<p>In this Oct. 16, 2008, file photo Roberta McCain, mother Sen. John McCain, R-Ariz., stands on stage during a rally in Downingtown, Pa. John McCain’s rebellious streak didn’t come out of nowhere. His now 106-year-old mother, Roberta, had a habit of speeding behind the wheel and racking up tickets. Told on a trip to Europe that she was too old to rent a car, she bought one instead. (AP Photo/Carolyn Kaster)</p>

John McCain's 106-year-old mother, Roberta, is expected to attend memorial services in Washington and his burial in Maryland later this week.

Roberta McCain once said the middle child she called "Johnny" liked to use her as an example of "what he hopes his lifespan will be."

But she now mourns him instead of the other way around.

The Vietnam prisoner of war, congressman, senator and two-time presidential candidate died of brain cancer last Saturday at his home in Arizona. He was 81.

Following memorials in Arizona, McCain will lie in state at the U.S. Capitol on Friday. He will be celebrated at a memorial service Saturday at Washington National Cathedral before his burial Sunday at the U.S. Naval Academy in Annapolis, Maryland.