Mayor Romero urges community members to fill out the census 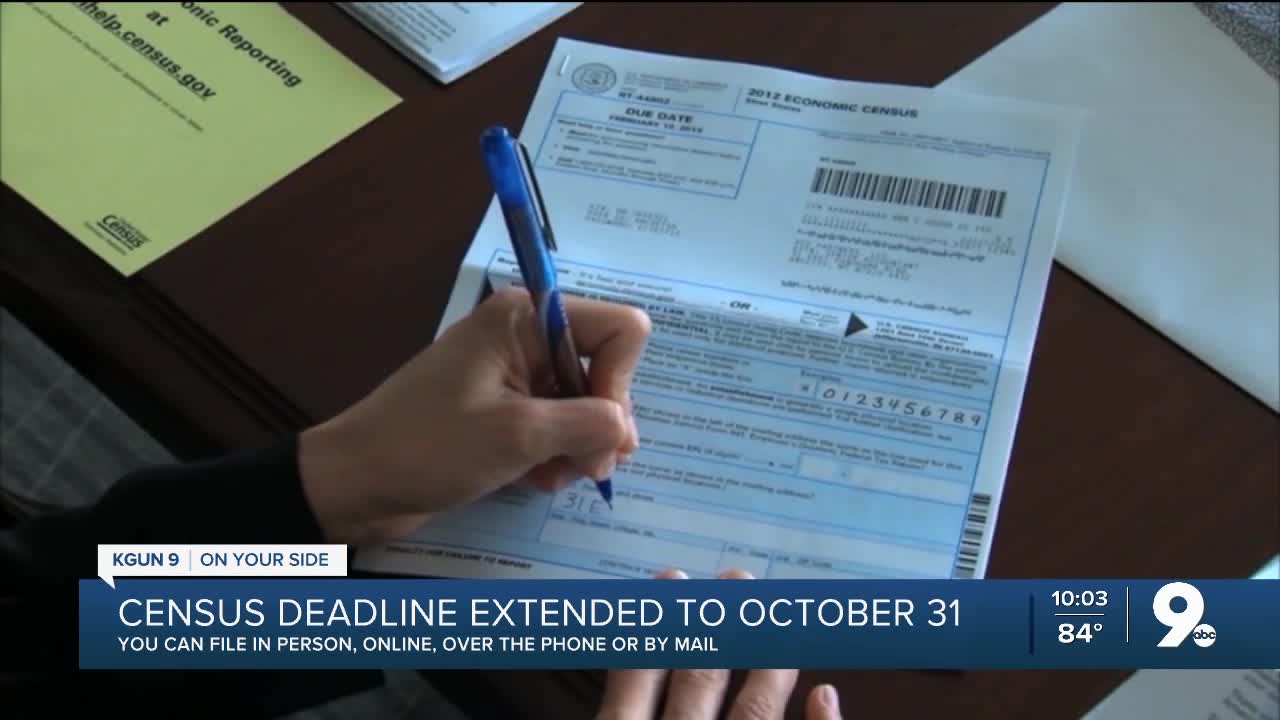 TUCSON, Ariz. -- The 2020 census deadline has been pushed back to October 31, and Tucson isn’t wasting any time.

More than 100 people were counted today after filling out their census at this event, something Tucson Mayor Regina Romero says is a duty for folks living in the United States.

“As a city, as a county, as a region, we have to do this together,” Mayor Romero told KGUN9.

Mayor Romero says the census is more than just a civic responsibility. She adds it will also help with city funding.

Maria Cardenas, a Partnership Specialist with the U.S. Census Bureau, says filling out the form can help with Tucson's recovery.

The census counts the number of U.S. residents, which is used to allocate seats in congress and determine how taxes are split among the districts.

The form can be filled out online, in person, or over the phone, in either English or Spanish. All information is kept confidential.

“We cannot share that information with ICE, immigration, or any other law enforcement,” said Cardenas.

“We’ve got to make sure we report ourselves, because we stand to lose money and representation,” Mayor Romero told KGUN9.

Click here for more information on how to fill out your census.