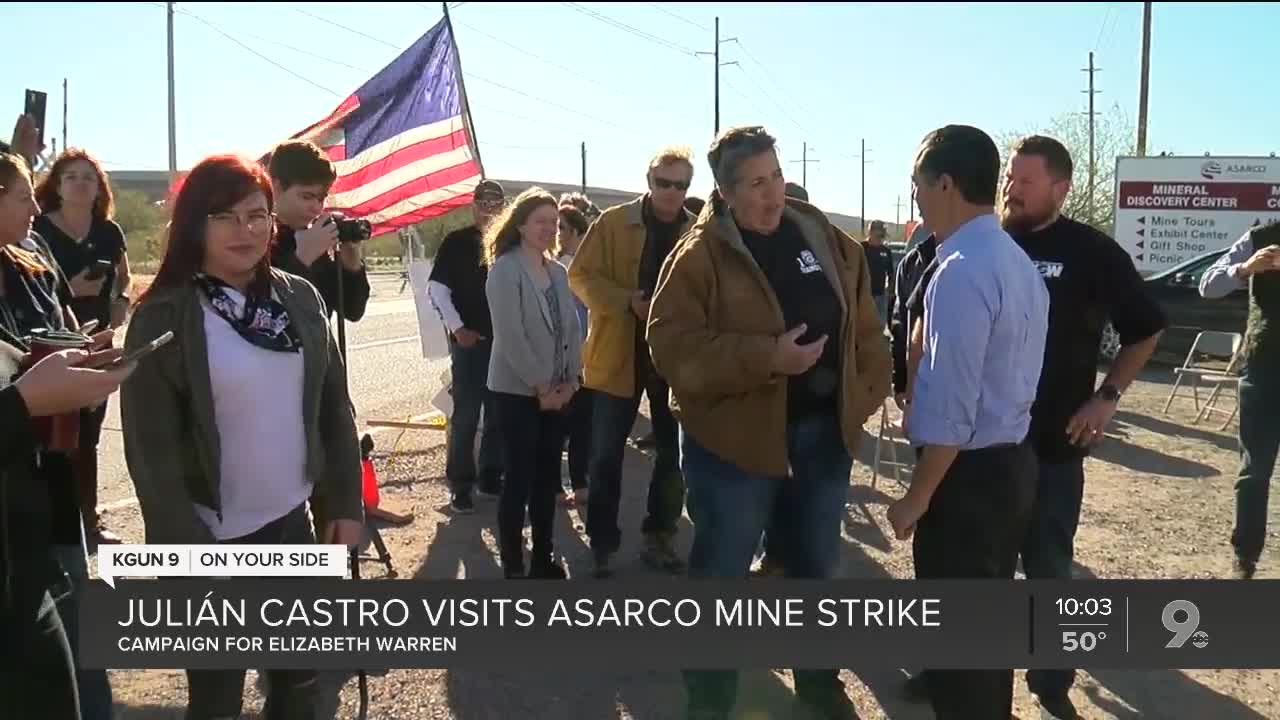 Julian Castro the former secretary of housing and urban development is on the campaign trail for Elizabeth Warren in Arizona this week.

TUCSON, Ariz. — Julian Castro the former secretary of housing and urban development is on the campaign trail for Elizabeth Warren in Arizona this week.

On Tuesday, Castro is making several stops in southern Arizona including at the ASARCO Mine Strike.

ASARCO workers have been on the picket lines since October asking for better conditions.

Castro told picketers today Elizabeth Warren will fight for them.

Former democratic presidential candidate Julian Castro said "Because this is about the lives of all of these families and what we see happening in our country right now is that company by company they're squeezing every ounce of profit that they can from their workers and leaving a lot of families high and dry with less compensation, worse health care benefits, worse retirement benefits. Senator warren wants to reverse that, she wants to invest in American workers."

KGUN9 has reached out to ASARCO's parent company Grupo Mexico several times in our reporting on this story and we have not gotten a response.

RELATED: Julian Castro to campaign in Tucson for Elizabeth Warren