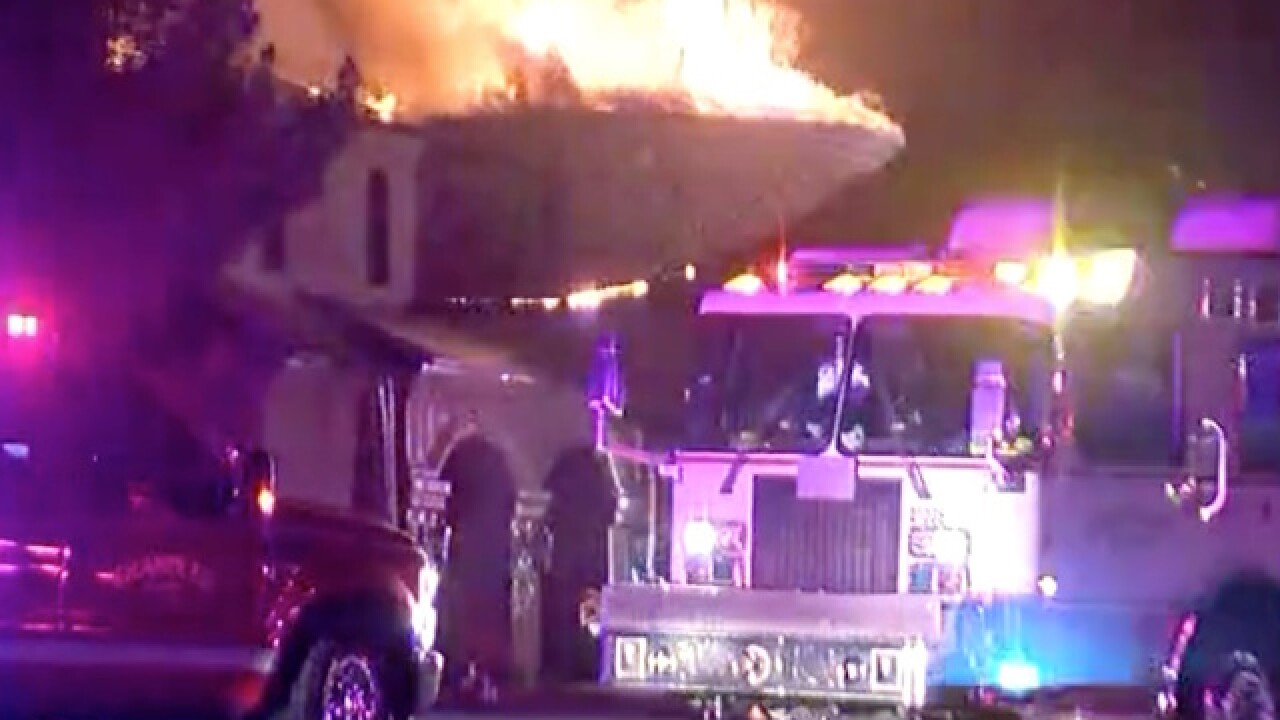 An official at the scene near Alma School and Chandler Heights roads told ABC15 the fire started around 3 a.m. in a second-story bedroom.

Three residents of the multi-million-dollar property were able to get out safely, but they are now displaced.

Video from the scene showed the blaze engulfing the home and huge smoke plumes billowing from the home. The flames continue to be very active as of 5:30 a.m.

No injuries have been reported.