Man arrested for hitting dogs with a shovel

A man has been arrested on a felony charge of animal abuse after witnesses saw him hitting his dogs with a shovel.

A man has been arrested on a felony charge of animal abuse after witnesses saw him hitting his dogs with a shovel.

On February 24, police located 28-year-old Noe Morales and arrested him in the 4500 block of South Mission.

On December 20, 2016, a neighbor claims he saw Morales hitting his dogs with a shovel multiple times in the 2500 block of East Cameron Vista.

The neighbor called police and said the dogs were yelping and one appeared to be limping.

When police arrived they found Morales in the yard with a shovel. He told police he was filling holes and denied hitting the dogs.

Officers asked to see the dogs and noticed that one had a limp.

Tucson Police detectives and an investigator with Pima Animal Care responded to the residence to continue investigating.

PACC took control of the dogs and cited Morales for multiple violations including neglect-no shelter, neglect-no water, no license and no rabies vaccination.

"Tyler", the dog with the limp (pictured below), was immediately taken for further medical evaluation. It was determined that Tyler had a chronic fracture to one of his hind legs. 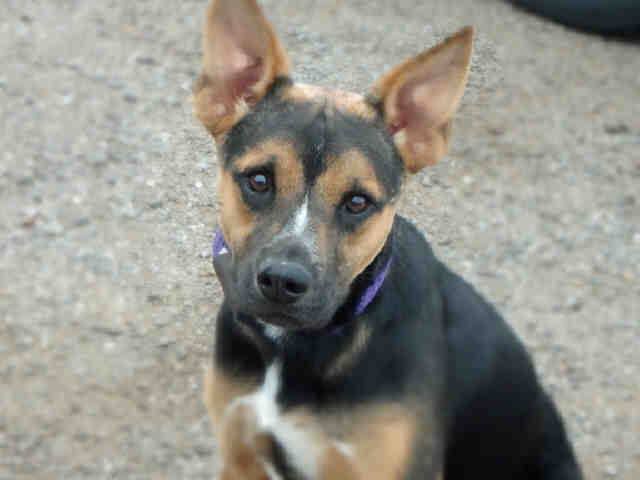 Although he received medical treatment, doctors eventually had to amputate the leg due to the severity of the injury.

All three dogs have since been adopted and are in loving homes.