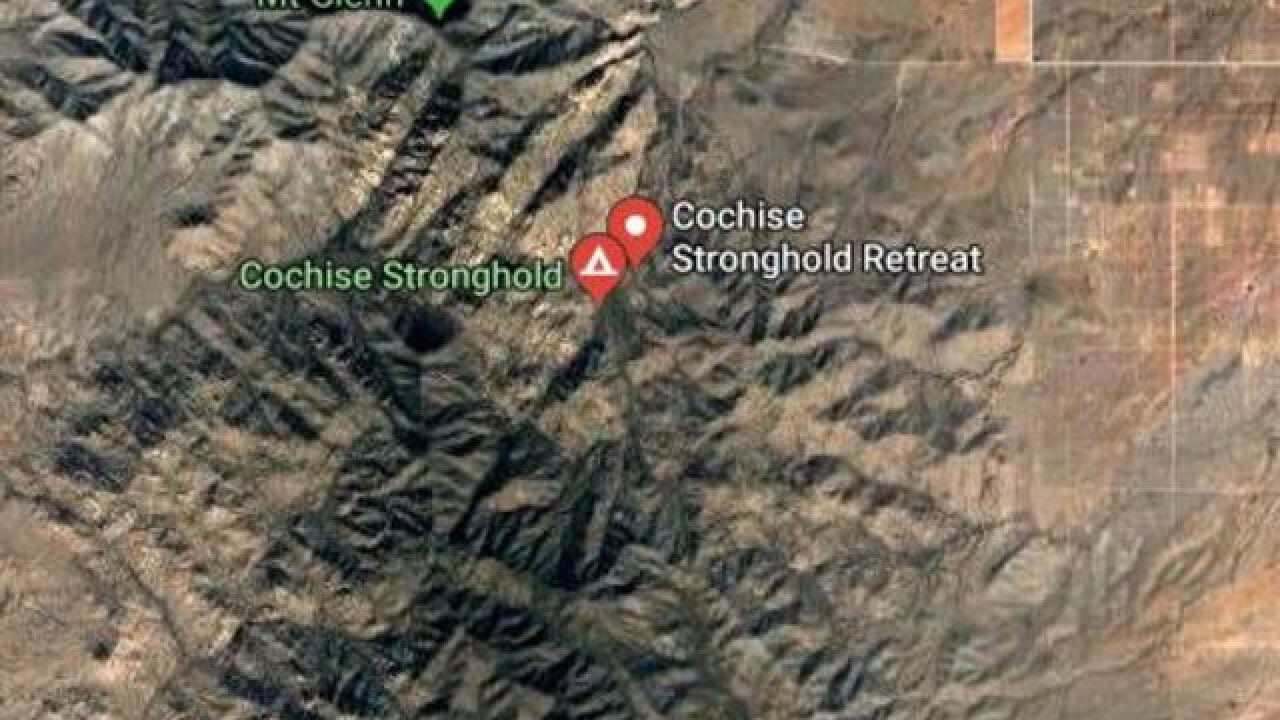 GOOGLE MAPS
Villarreal, Phil
<p>A 77-year-old man drowned in his car Tuesday in Cochise after he was stuck in a wash.</p>

A 77-year-old man drowned in his car Tuesday in Cochise after he was stuck in a wash.

According to the Cochise County Sheriff's Office, the man was driving a 1996 Ford Thunderbird, which became stuck in a wash near milepost 5 on North Cochise Stronghold Road.

The man stayed in the car and called authorities, saying water was pooling outside the vehicle, that it was flooded inside up to the dashboard and he was moving to the backseat.

The phone disconnected, and the man was found dead inside the car,

Cochise Stronghold Road was flooded with four feet of water at Dragoon Road.