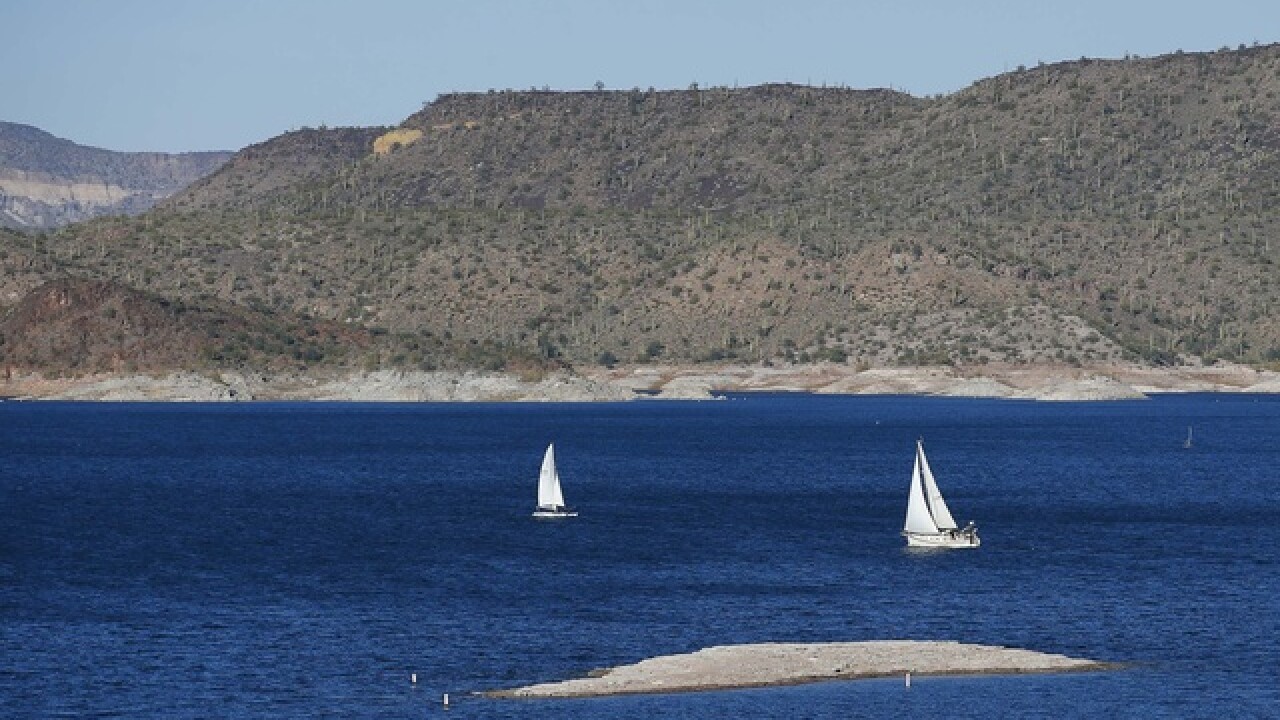 Copyright 2018 Scripps Media, Inc. All rights reserved. This material may not be published, broadcast, rewritten, or redistributed.
Ross D. Franklin
<p>Sailboats navigate the drought-lowered waters at Lake Pleasant Sunday, Nov. 23, 2014, in Peoria, Ariz. Arizona is in the midst of a 20-year drought and faces a cutback of part of its Colorado River water supply as early as 2016, but water experts have been planning for decades in the desert state foresee no restrictions on urban water consumption or other drastic measures such as those ordered by California Gov. Jerry Brown earlier this year because the groundwater banking projects and conservation steps taken over that period leave Arizona in a comfortable spot. (AP Photo/Ross D. Franklin)</p>

Authorities say the two men aboard a single-engine plane suffered minor injuries when it crashed in a lake on the outskirts of metro Phoenix and then sank.

The Maricopa County Sheriff's Office said the plane crashed Saturday in Lake Pleasant and that lake patrol deputies helped the men get out of the water and into sheriff's boats.

Sheriff's Sgt. Joaquin Enriquez said no information was immediately available about circumstances of the crash, including what the plane was doing beforehand and whether it had mechanical trouble.