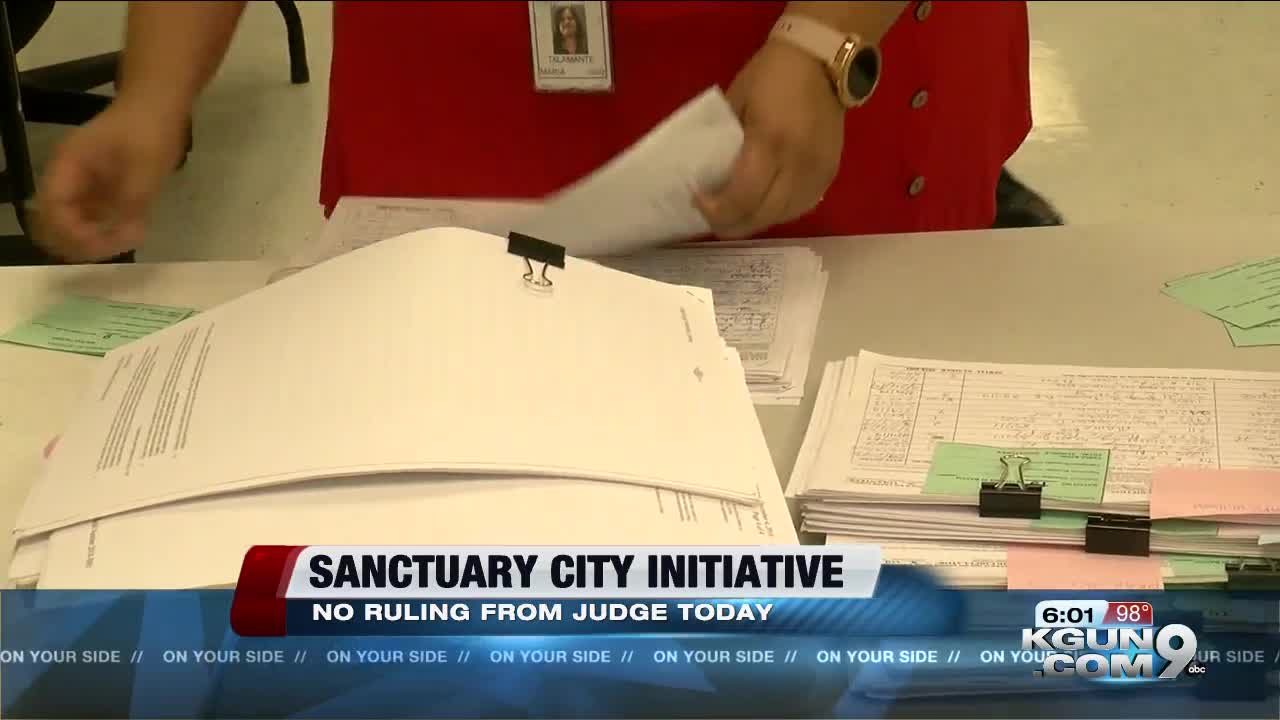 TUCSON, Ariz. — A judge has ruled against those hoping to block a November ballot initiative that would designate Tucson as a sanctuary city.

The group "Tucson Families Free and Together" collected thousands of signatures to get the measure on the ballot in the city's November election. The city clerk certified about 12,200 signatures last month, the judge's ruling Friday said.

The lawsuit, backed by the Pima County Republican Party, argues the initiative would actually require around 12,800 signatures to be certified -- not the threshold of around 9,200 that the city used.

In the ruling issued Friday afternoon, Pima County Superior Court Judge Douglas Metcalf disagreed, saying the 12,200 signatures would be enough for the initiative to appear on the November ballot.

The plaintiffs in the case tell KGUN 9 they're disappointed in the judge's ruling and are reviewing their legal options to stop the ballot initiative.

The Sanctuary City plan would forbid city government from co-operating with immigration enforcement. Elected city officials actually oppose the plan because they fear state government will impose expensive penalties on the city.