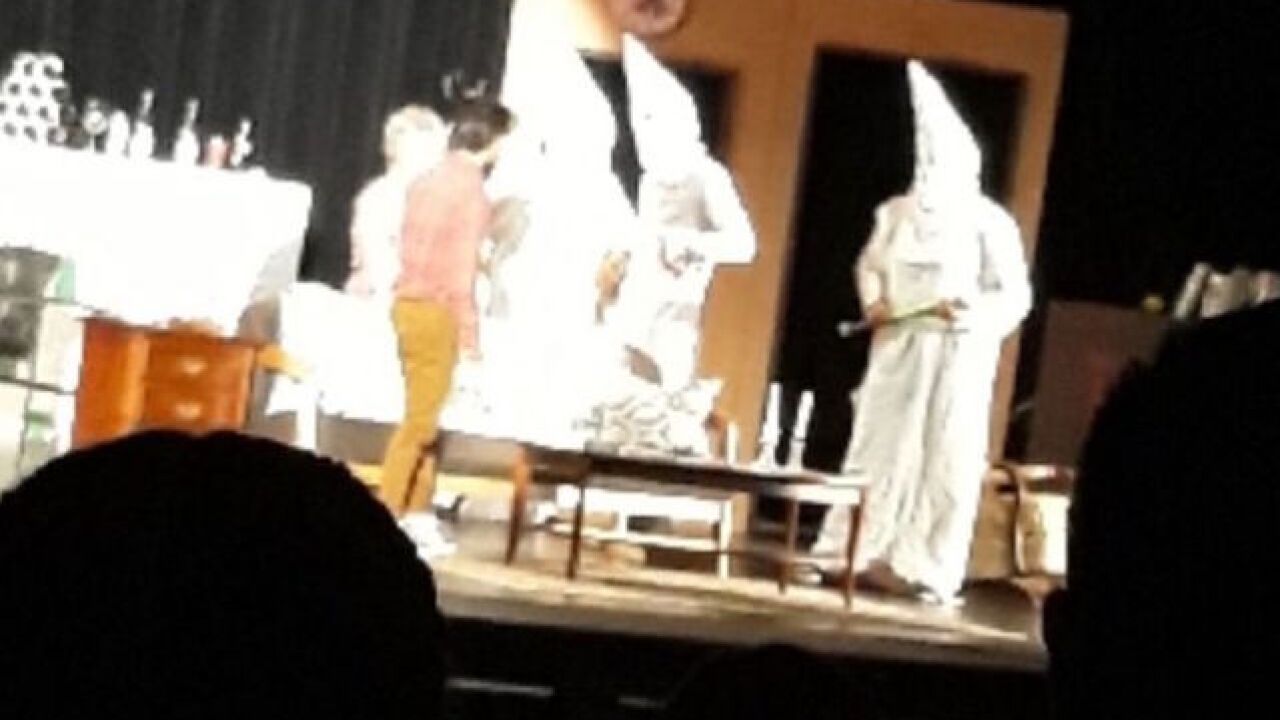 A high school play with controversial costumes has some parents outraged.

PHOENIX - A high school play with controversial costumes has some parents outraged.

Three students at the ASU Preparatory Academy Phoenix campus dressed in Ku Klux Klan costumes for a school play. Parents say the school never notified them or the rest of the student body that was not in the drama class.

The popular play, 'The Foreigner' was performed at an assembly for all high school students.

"Three students dressed as the KKK walked down the middle of the assembly as part of a play," explained one parent, who wanted to remain anonymous at his daughter's request. "They were in hooded robes."

The Klansmen are part of the scripted, comedy play but this parent says the characters could have easily been portrayed without 'full regalia.'

"We can talk about racial prejudice, we can talk about the insensitivity, but to have our children put on the robes and assume the characters, it's wrong...There is no justification for it."

A spokesperson for ASU Preparatory Academy issued the following statement:

"Last Friday, high school students in a drama class at ASU Preparatory Academy in downtown Phoenix staged a production of noted American playwright Larry Shue's "The Foreigner." The presentation of the play was done during the capstone period of the school day. Students in the class read several plays early in the fall and chose to perform 'The Foreigner.' The play portrays an image of members of Klansmen in a brief scene toward the end in which they are made fun of and driven away.

"We apologize if anyone was caught by surprise with the appearance of these characters. We are confident that a fair reading of the text of the play, and a fair interpretation of the intentions of students who performed it, reveals no endorsement of bigotry."

'The Foreigner' is no stranger to controversy. A Minnesota school canceled the production last year after their costumes went viral.

"At least inform the parents, give us the ability to make that decision," the parent said. "The KKK walked into my kid's school Friday and I didn't get to stop it."

The upset parent told me he plans to address his concerns with the school this week.

Meanwhile, another parent told ABC15 it was not as big of a deal to him since his son is Hispanic and he said most of the school is Hispanic. In fact, according to public data, 75 percent of the student body at ASU Prep is Hispanic, 11 percent are white, and 9 percent are African American.