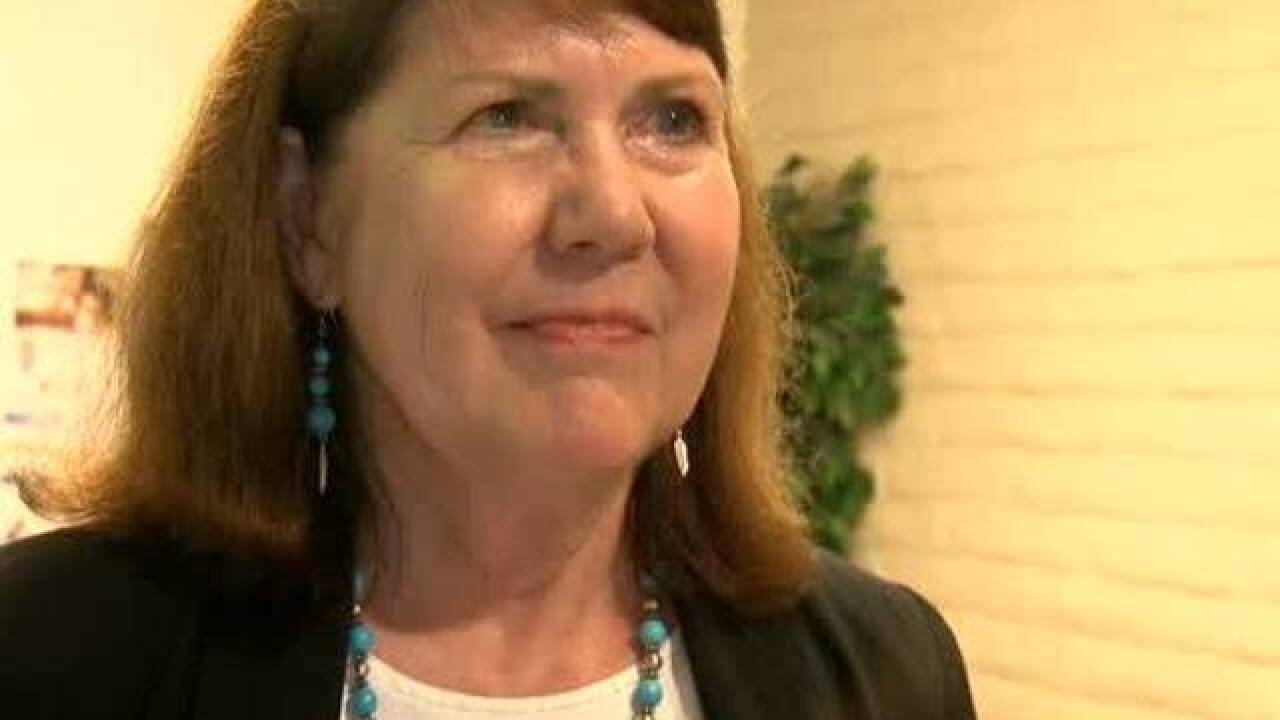 A mix-up on Fox News Monday gave a Democratic congressional candidate from Massachusetts a forum to criticize President Donald Trump's immigration policies, confusing the hosts of the show who thought they were speaking with another candidate.

The network planned a live interview with former U.S. Rep. Ann Kirkpatrick, who is seeking the Democratic nomination for an open House seat in Arizona, and who was recently booed at a Democratic forum when she expressed support for federal immigration border agents.

But when the hosts of Fox & Friends First introduced the segment, Barbara L'Italien appeared on screen and said she wanted to speak directly to Trump.

"What you're doing at the border is wrong. As a mother of four, I'm appalled that we are separating kids from their parents. It's illegal and inhumane," L'Italien said.

At that point, L'Italien identified herself as a state senator in Massachusetts who is running for an open House seat in that state.

"We have to stop abducting children and ripping them from their parents' arms, stop putting kids in cages, stop making 3-year-old defend themselves in court," continued L'Italien, ignoring attempts by hosts Jillian Mele and Rob Schmitt to ask whether the family separation policy had been stopped.

After Schmitt turned to his co-host and asked, "Who is this?" the feed was cut off and Schmitt said: "That didn't go as planned." Mele apologized to viewers for the confusion a short time later.

Desiree Dunne, executive producer of Fox & Friends First, said the show reached out to Kirkpatrick through Joe Katz, a press contact they had on file.

Katz once served as a spokesman for Kirkpatrick when she was in Congress.

"Katz followed with an email confirming the segment, which also included background information and a campaign logo for Ann Kirkpatrick," said Dunne.

"Despite speaking to producers prior to the interview, L'Italien did not identify herself as anything other than Kirkpatrick until she was live on air, at which point we ended the interview," she added.

Katz responded that it was the network that should be blamed for the error.

"Fox News reached out to our staff believing they were reaching the Kirkpatrick office due to their own failure of due diligence," he said. "Over the process of getting the interview scheduled, they repeatedly showed very little grasp on the facts, down to whether or not Ann Kirkpatrick was still in Congress."

Katz added that L'Italien felt obligated to take advantage of the opportunity provided because, "Fox News is where you go when you want to talk to Donald Trump."

L'Italien is among nearly a dozen Democrats running for their party's nomination in the Sept. 4 primary in the 3rd Congressional District. Incumbent Democrat Niki Tsongas is retiring.

Kirkpatrick served four terms in the U.S. before unsuccessfully challenging Republican U.S. Sen. John McCain in 2016. She is among Democrats vying for the seat being vacated by Republican Rep. Martha McSally.

On Twitter Monday, Kirkpatrick accused Fox of misrepresenting her position on the Immigration and Customs Enforcement agency during the introduction to the segment on which she was supposed to appear.

"I am disgusted by the Trump policies aimed at immigrant families," she tweeted.