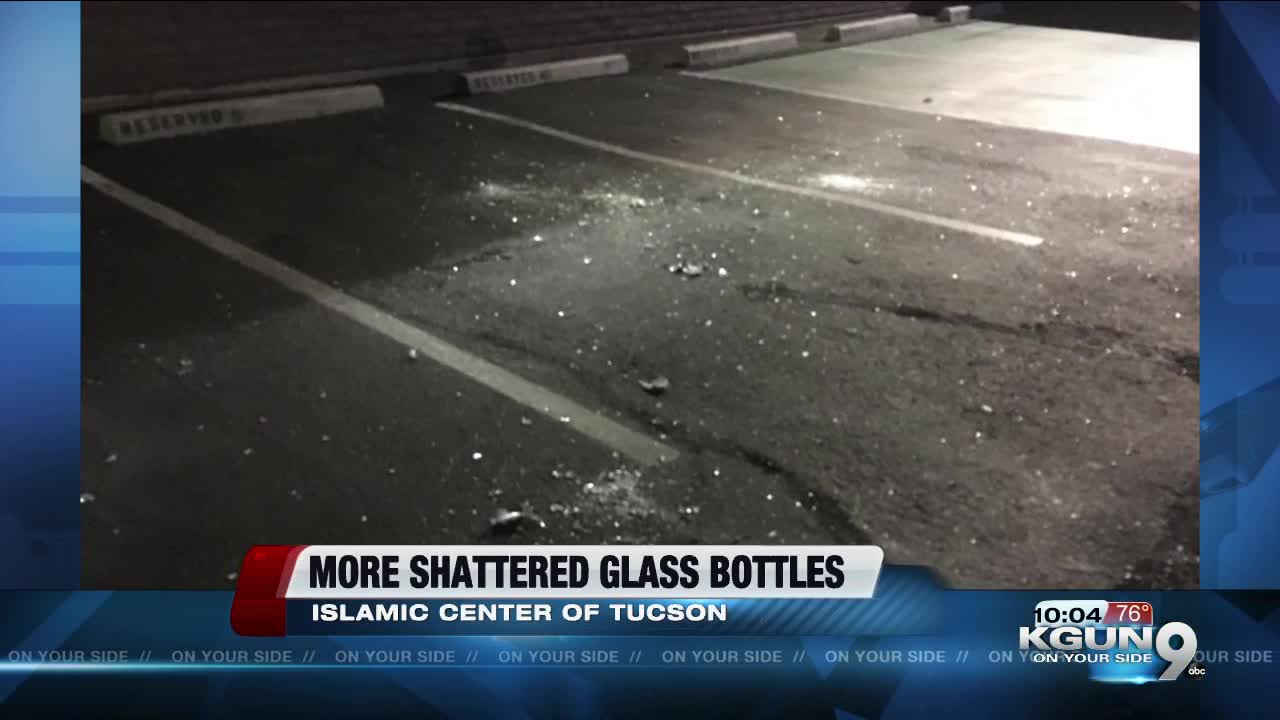 The Islamic Center of Tucson was vandalized again this past week. 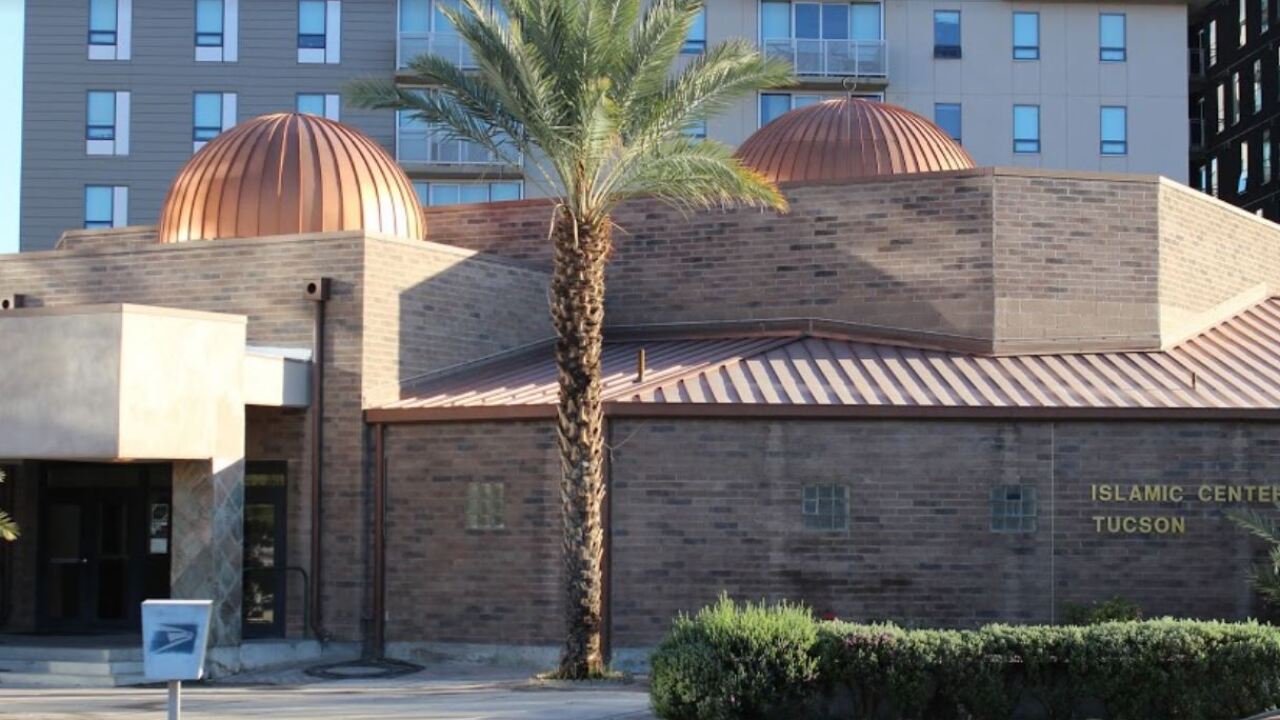 TUCSON, Ariz. — The Islamic Center of Tucson was vandalized again this past week, and according to the center, the assailants have been identified and are being evicted from their apartment.

Molina said there were several broken glass bottles shattered in the parking lot.

The center has filed a police report.

RELATED: Objects are being thrown at Islamic Center again

Back in August, there was a complaint that people dumped alcohol on the Islamic Center of Tucson building, as well as cars on the property.

The center has had ongoing problems with people on the balcony dumping alcohol and throwing bottles, according to Molina.

There have been reports dating back to 2014 of people on Sol Y Luna Apartment balconies dumping alcohol and throwing bottles.