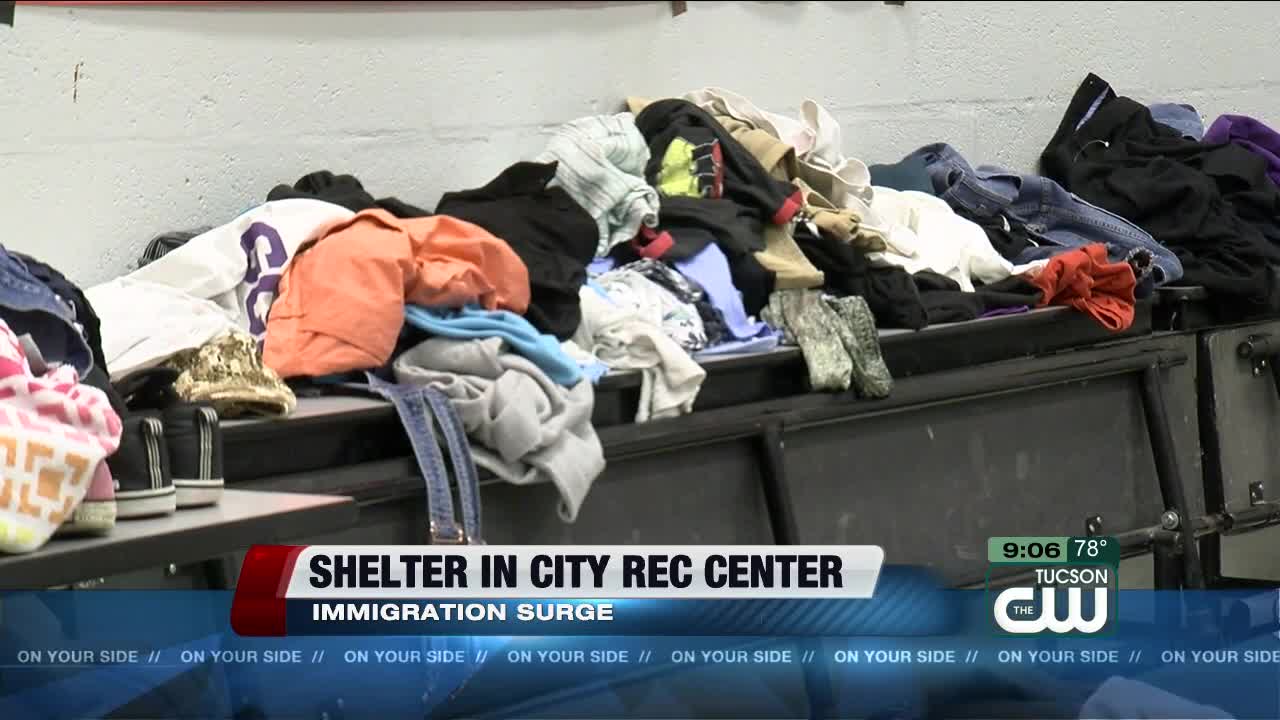 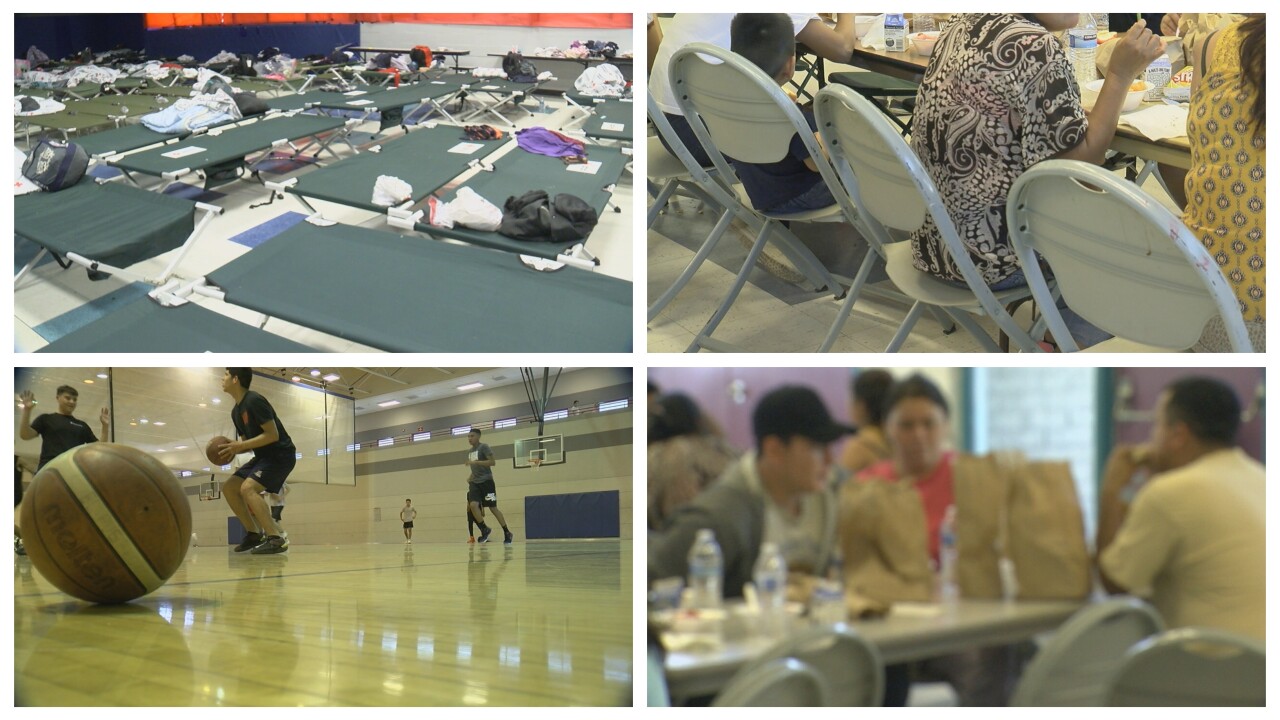 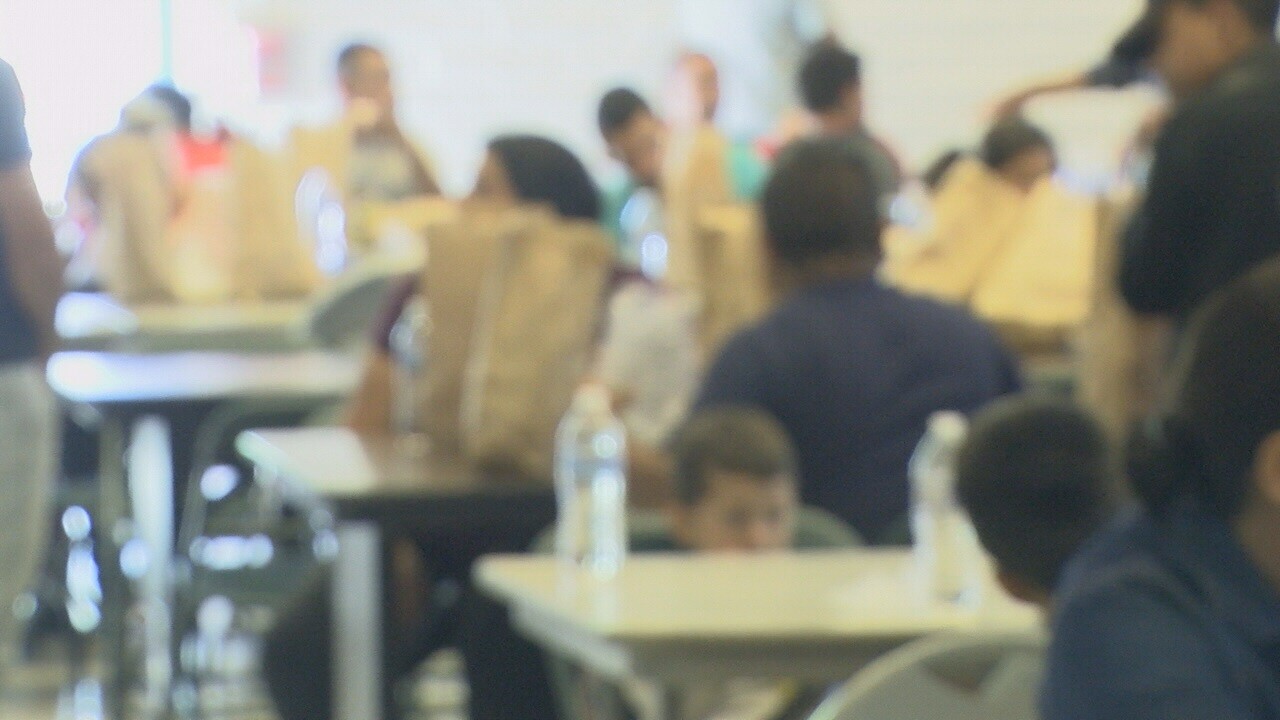 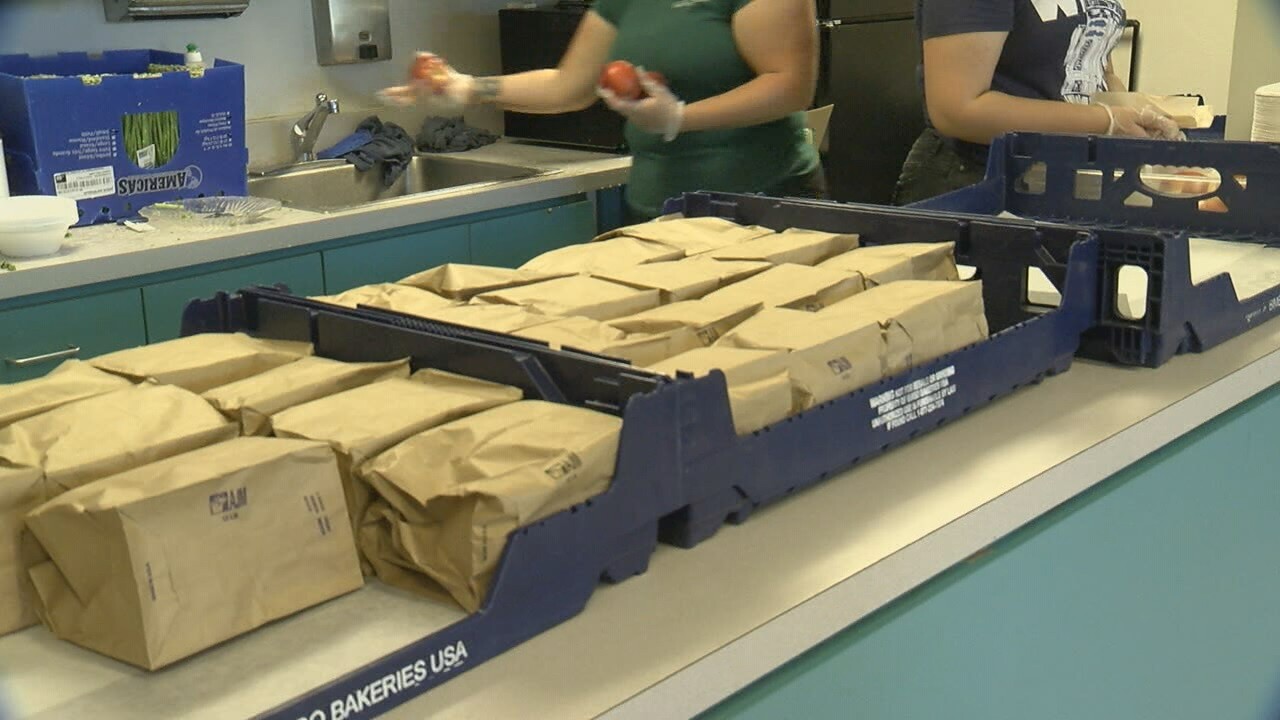 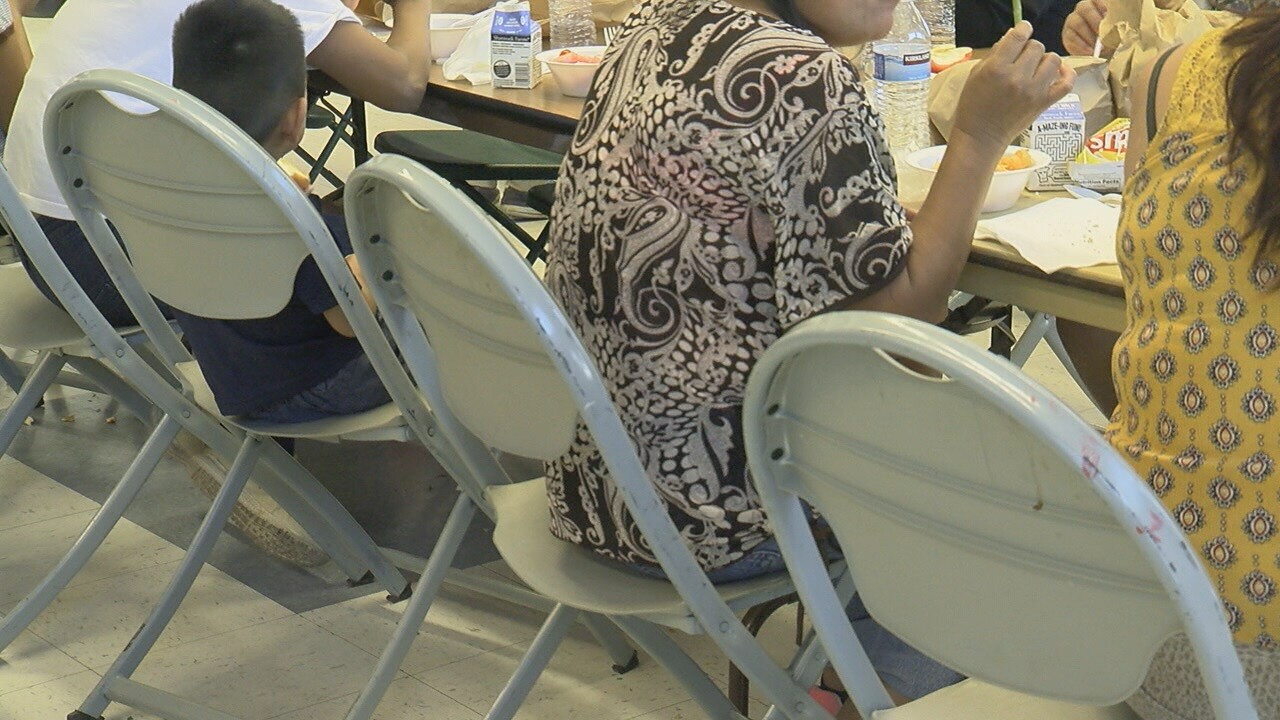 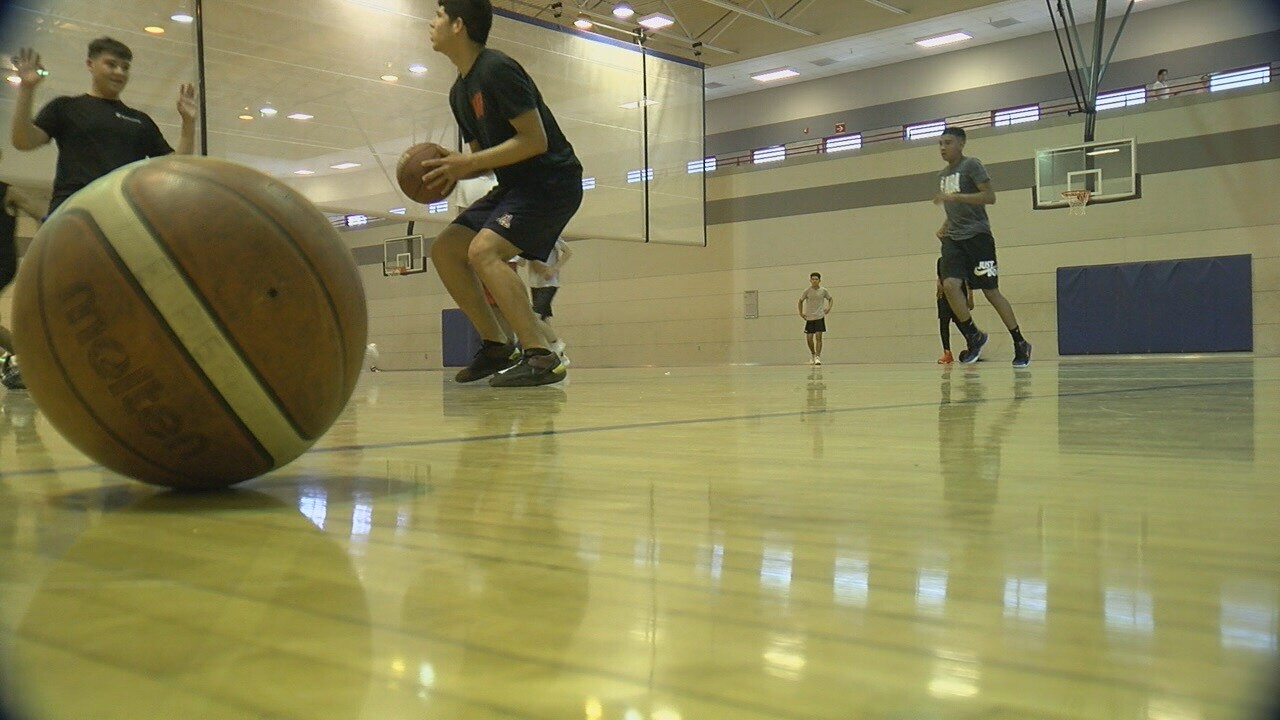 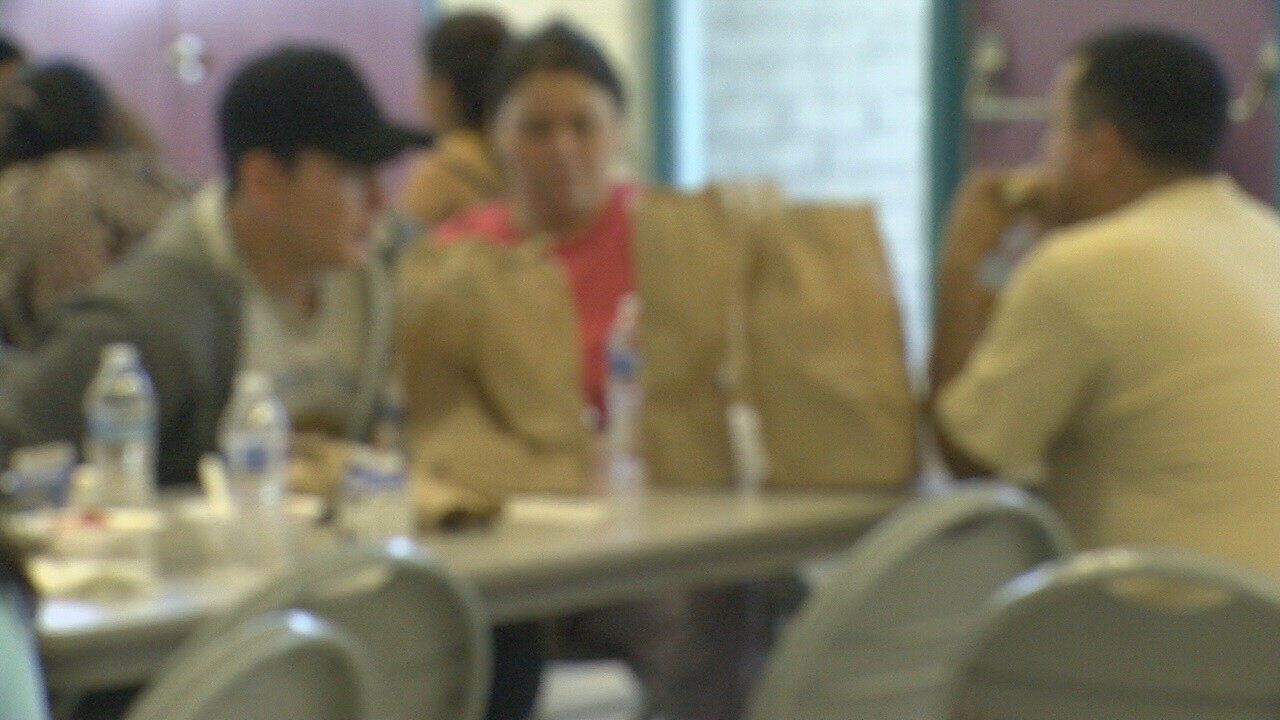 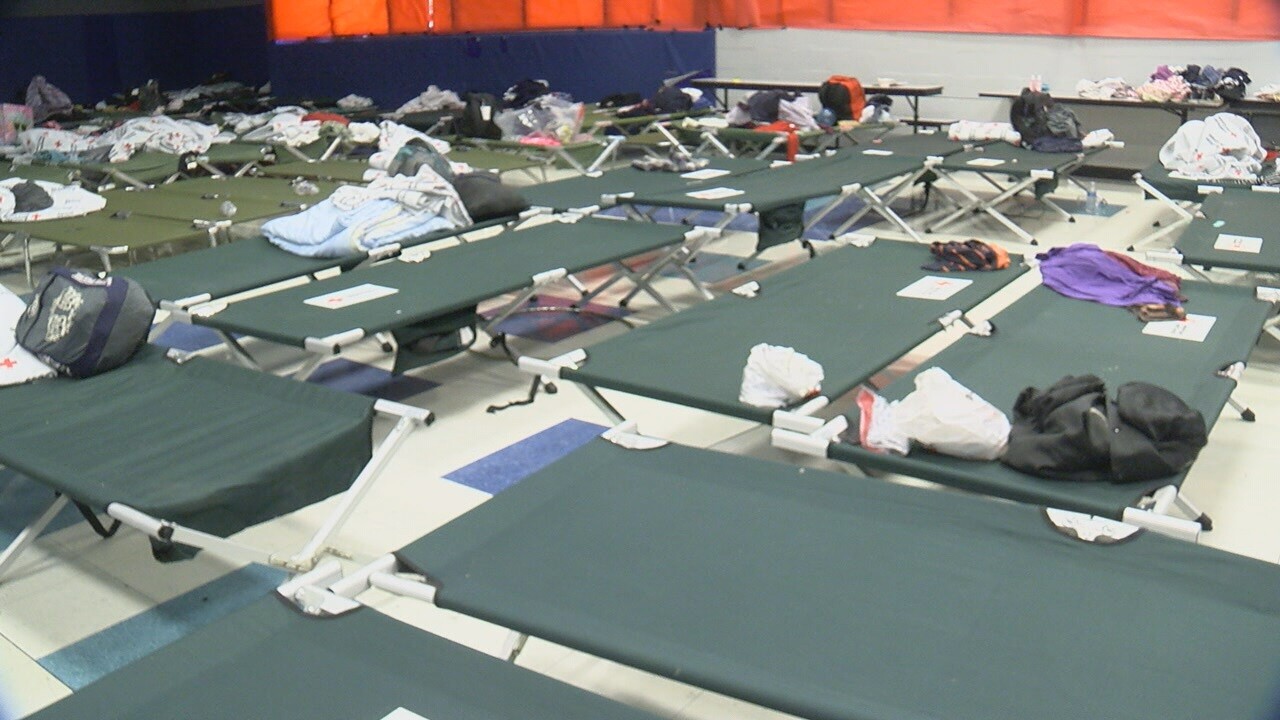 TUCSON, Ariz. - A surge in asylum seekers has soaked up shelter space in Tucson -- so now the City of Tucson has opened extra space -- at one of its Parks and Recreation Centers.

The usual recreation's still going on at the Tucson Rec Center but the building also has room for about 120 people living here temporarily.

They are Central Americans who crossed the border without visa, and turned themselves in, seeking safe asylum in the U.S.

Federal immigration authorities released them while their claim for asylum is considered.

Andy Squire from the Tucson City Manager’s Office says, "They released them to their own recognizance, actually, they aren't released to us. We're in no way a detention facility. This is simply a shelter for these families who would have been released into the community with no connections, no ability to communicate with anyone and and having in some cases, no knowledge of where they are."

There are so many, there's not enough room at other shelters like the former Benedictine Monastery so the city worked with faith organizations like Catholic Community Services to house them here.

Organizers say people arrive hungry but the first meal they get may be something light like soup. They may be so hungry and it may have been so long since they had a good meal they serve them light meals so they don't overeat to the point of being sick.

Volunteers are doing a lot of the work, including helping family members make plans and transportation connections to reach relatives or sponsors in other parts of the country.

Andy Squire says the city is working to avoid any extra expense to taxpayers.

"So there is no cash being spent, there's no additional money's being spent. This is being incorporated into the daily functioning of this facility. We are trying to flex employee schedules so that we allow people to be here overnight without paying overtime, we may incur a little bit of overtime to make this work. But we incur overtime, in some cases for a lot of reasons.”

And while migrants take a break on the way to the rest of their journey, the rec center's still open to Tucsonans who need their own chance to relax.