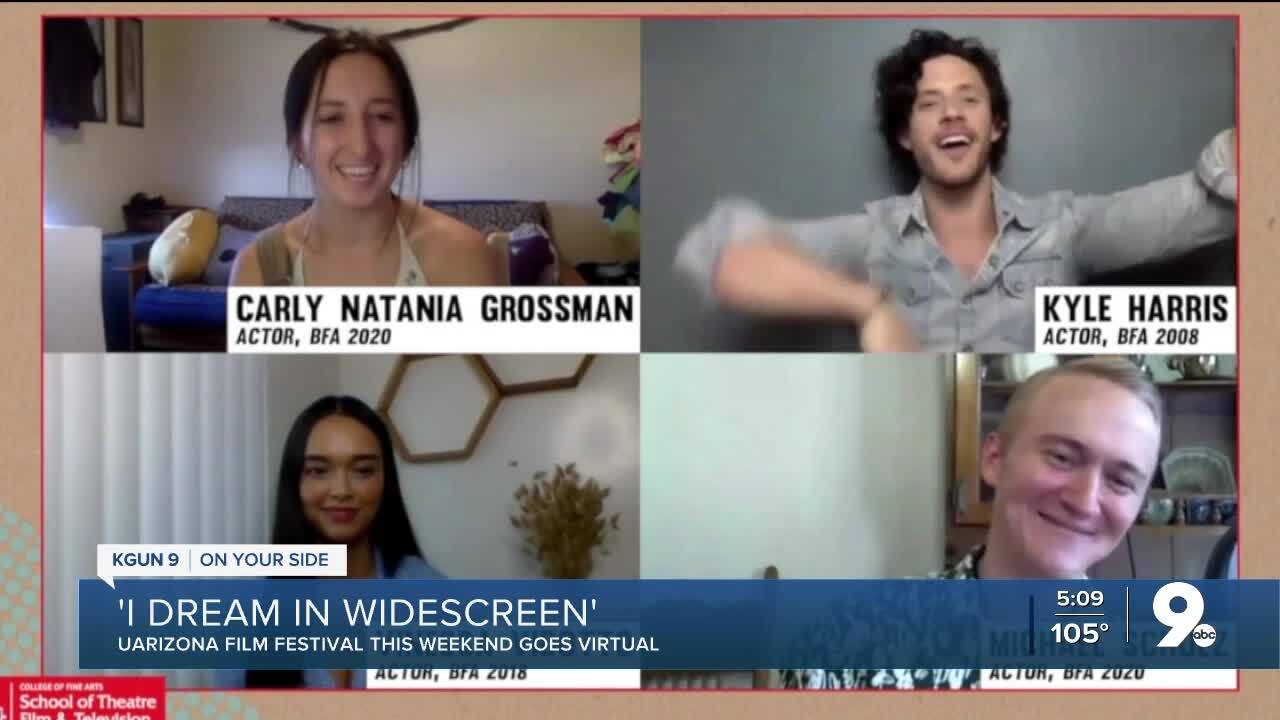 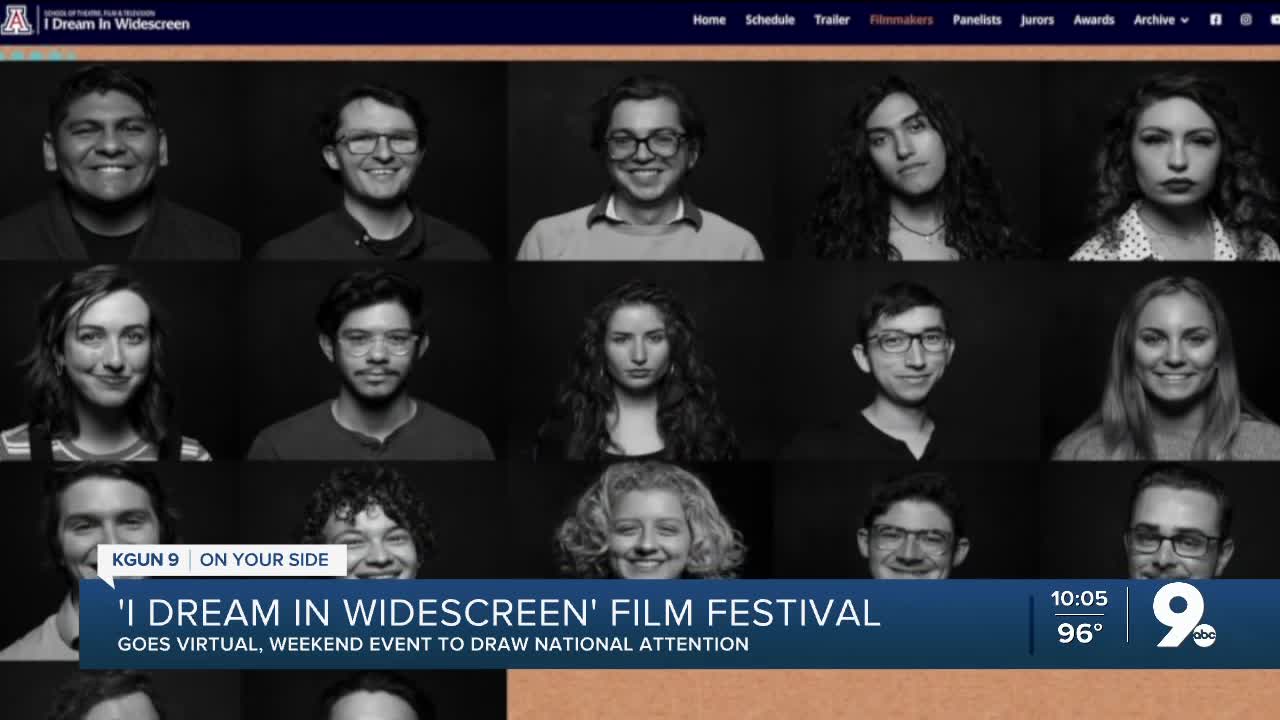 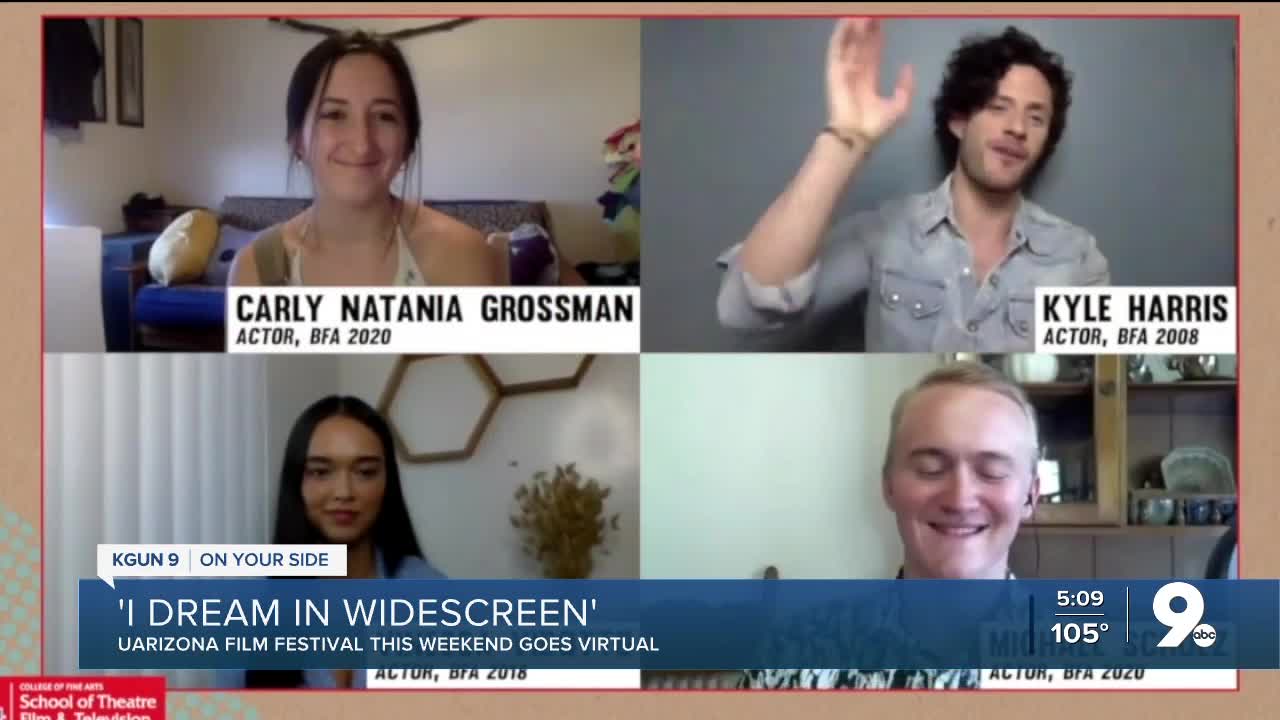 TUCSON, Ariz. -- ‘I Dream in Widescreen’ is a film festival that draws in hundreds from all over the country, to the Fox Tucson Theater in Tucson. But things will be a bit different this year because of the pandemic.

Normally people would be flooding the Fox Theater to see the premiere of short films, but now the film festival has gone virtual.

Recent University of Arizona grads are using film to embrace their culture and identity.

Roxanna Denise Stevens Ibarra says she grew up being ashamed of her Mexican roots. Filmmaking changed that.

“I’m very proud of my identity now,” she told KGUN9.

And so she created the short film ‘Tesoro,’ meaning treasure in English.

It’s about a lonely elderly man reliving his memories as he prepares to give up his tesoro (treasure).

“I really tried to make this a love-letter to Tucson and how I grew up. Because of the car culture that’s super super prominent. If you go to a gas station at 10 o’clock at night you’re going to see a bunch of trucks and takuaches,” said Stevens Ibarra.

Faye Ruiz plays the lead role in her film ‘The Lights Are On, No One’s Home.’ It explores a Latinx-trans woman’s return home.

“So it just launches her into this really long reflection of memories of what the neighborhood used to be like, and her relationship with her mom, and all these other memories that she’s forced to confront,” she said.

Joel Romero’s ‘till the end’ explores the complexities of brotherhood. The film was inspired by his upbringing

“The story is personal and what not, but I knew that Tucson was always the city that we’d put it in because that’s where me and my brother grew up,” Romero added.

While their films may be done now, there were challenges along the way-- as in person collaboration was limited amid the pandemic.

“Thank god we were picture locked though because that’s a nightmare. Sound design and color were already a nightmare to begin with,” added Romero.

While they say the announcement of the virtual premiere saddened them, they’re grateful for the national exposure.

“Honestly, having it online gives it a new way to be accessible to more people,” said Ruiz.

“The world has kind of dealt us a different hand and we have to be adaptable and I guess that’s a good skill to learn now because that’s what our industry is going to be like,” Ibarra told KGUN9.

University of Arizona Professor and filmmaker Lisanne Skyler says going virtual can be a positive. She teaches at the Arizona School of Theater, Film, and Television.

“I don’t think there’s anyone in the film business right now saying, oh wow it’s so much better to be online. You know we all miss being in person, but what we saw immediately is that--taking that problem solving spirit and looking at this positively. And also modeling for our students--how can we take this challenge and make it an opportunity. So this is the first year that we’ve been able to promote these films nationally,” she said.

Moving forward, these three filmmakers hope to continue telling untold stories and sharing their newfound knowledge with the world.

“I’m excited to just like keep pushing it forward and find avenues to tell these stories on a bigger and bigger scale,” said Ruiz.

“I can finish a movie during a crisis moment which is good to know,” Romero added.

“I am hoping that more females are encouraged to go forward and to unapologetically about their voice,” Stevens Ibarra told KGUN9.