Hundreds attend vigil for man who died in TPD custody 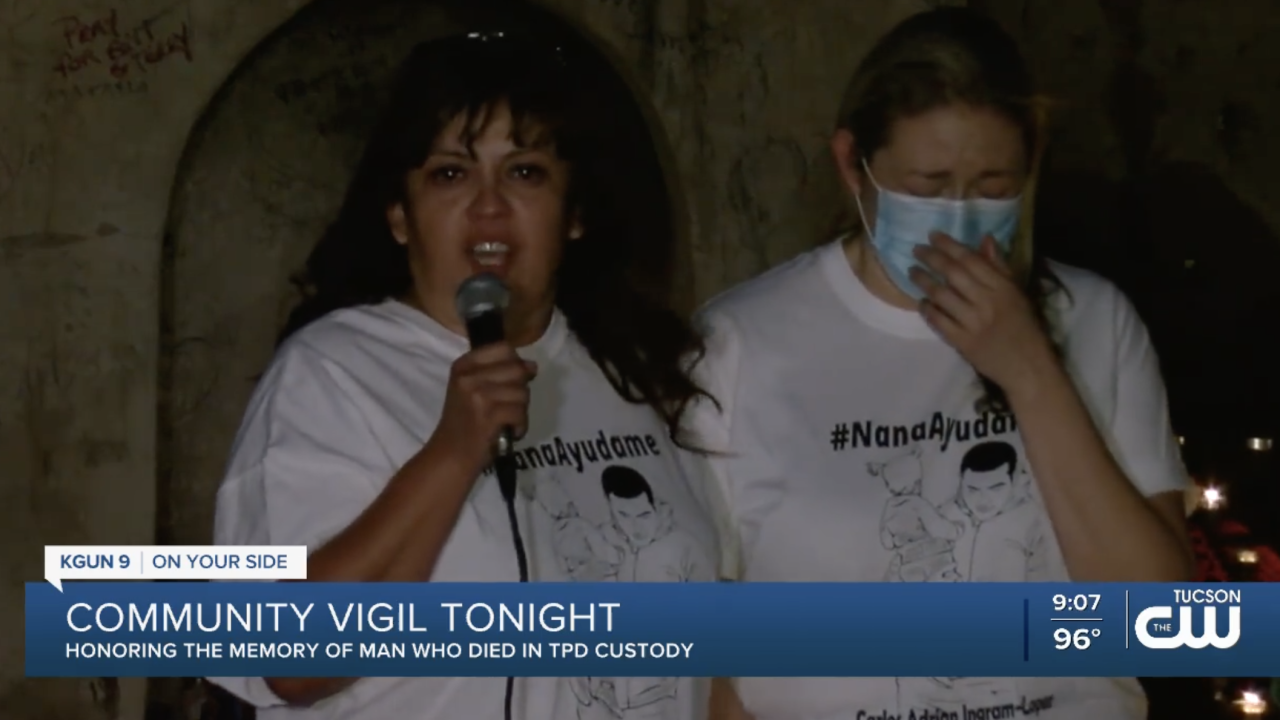 This happened on April 21st.

Among the speakers tonight, the aunt of Carlos Adrian Ingram Lopez, demanding change asking for eternal remembrance of her nephew.

“Please don’t forget him. And help us fight because whether you guys realize it or not...we had already lost our family member before George Floyd and we had to sit quietly grieving while this had happened in our country. Since the very next day, we had been requesting information from the Tucson Police Department and never have we seen anything. Until you, the media, started putting pressure on them. So we need you to continue,” his aunt said to the crowd.

Police officers blocked off the road for safety reasons.

After the vigil part of the crowd took to the streets, and ended up at the Tucson Police Department Headquarters.