How badly did the Bighorn Fire balloon the flood risk?

Close to 1000 structures now at risk 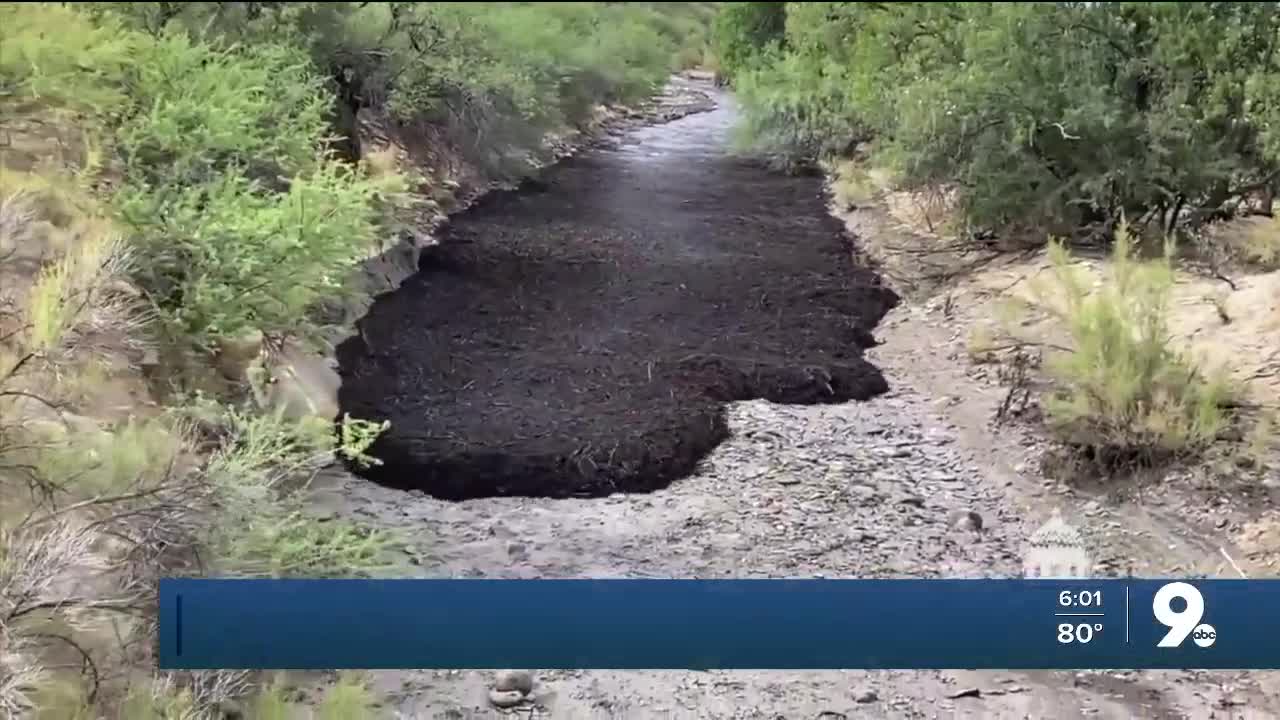 Close to 1000 structures now at risk

TUCSON, Ariz. - The Bighorn Fire raised the risk for floods that are more severe---and floods in areas that may not have flooded before.

Pima County says less than an hour of heavy rain was enough to create a stew of mud, ash and debris and push it 28 miles off Mount Lemmon, down the Canyon Del Oro Wash to the Santa Cruz River.

The Bighorn Fire burned 120,000 acres on Mount Lemmon and made them a funnel for flash floods.

Normally, the ground can absorb a good share of the rain. But the fire not only burned off the plants that slow the runoff, the heat effectively glazed the ground like a ceramic pot that’s been fired in an oven so the water rushes downhill.

A report from the Pima County Administrator and Pima County Regional Flood Control estimates how water flows could drastically increase from Mount Lemmon into neighborhoods.

Pima Regional Flood Control estimates water flow in CDO Wash could go up a 100 percent. Other washes could have smaller surges but still much more than they usually carry.

Flood zones could be harder to predict if fire debris clogs drainage channels and water backs up in patterns that have not been seen before.

Flood Control estimates the Bighorn Fire has raised the number of spots that would take water in what planners call a hundred year flood.

Combined with land previously at risk of flooding, now about 3600 parcels of land could flood. 982 have something built on them---834 in unincorporated Pima County, 109 in Oro Valley, 38 in Tucson and one in Marana.

He says, “There won't be a lot of time because of the steep slopes. You know when the peak can arrive in 15 minutes, you know, after very intense rainfalls and so it becomes very important to get that message out quickly.”

He says, “Regardless of where you're located I think it's important to remain vigilant by residents and understand that while it may not be raining where you are, it doesn't mean that water won't travel via the major washes and waterways to locations where you are.”

Pima County has published a letter with recommendations for people with property in the areas at risk of flooding. It includes a recommendation to buy Federal flood insurance. Because of the fire there’s no waiting period before it takes effect.