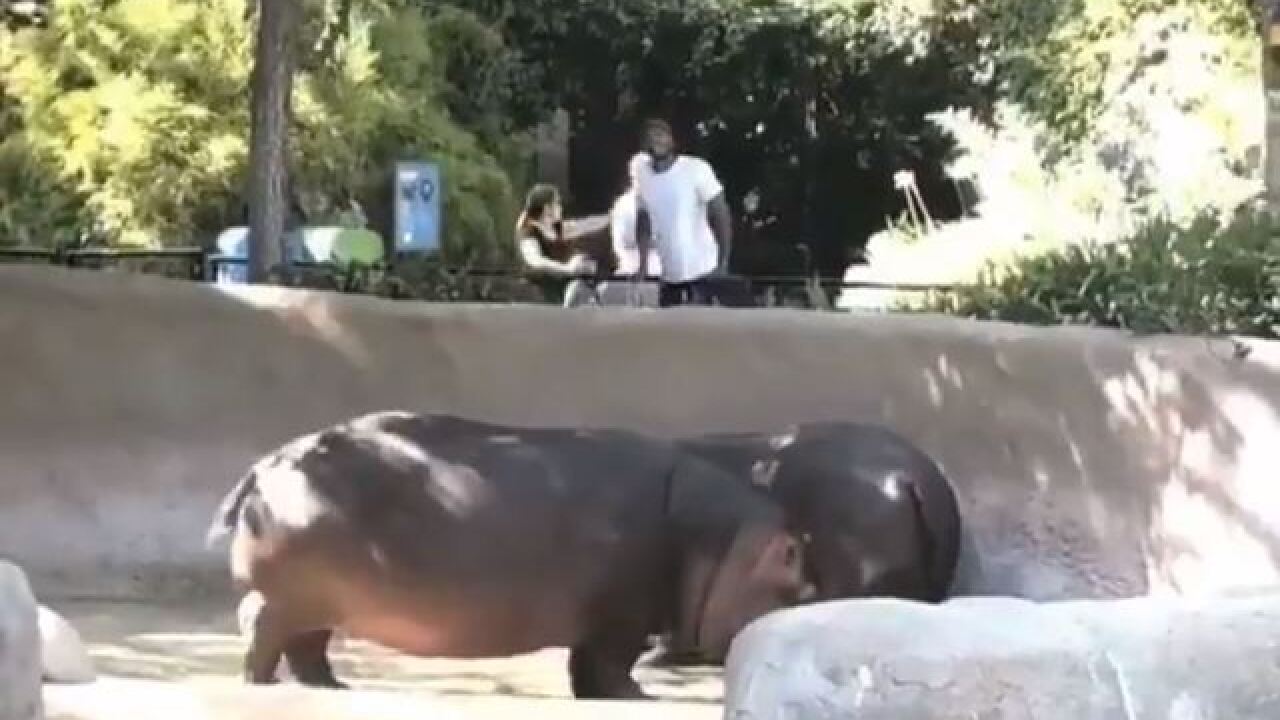 TWITTER/@SOMETHINGTOLAUGHAT
<p>Police are investigating after a video shows a man spanking a hippopotamus at the Los Angeles Zoo.</p>

Police are investigating after a video shows a man spanking a hippopotamus at the Los Angeles Zoo.

The video shows the man crossing a railing last week and sneaking up on two hippos, Rosie and Mara. He smacks Rosie on the rear and her mother lifts her head as the man runs off and raises his arms in gesture of victory.

Zoo spokeswoman April Spurlock tells the Los Angeles Times that any unauthorized interaction with an animal is unsafe for the animal and potentially unsafe for the person.

Spurlock says state law prohibits entering zoo enclosures. The zoo has posted a "No Trespassing" sign on the exhibit for the first time.

Police told the newspaper they're investigating the case as trespassing because the hippo didn't appear to be injured.