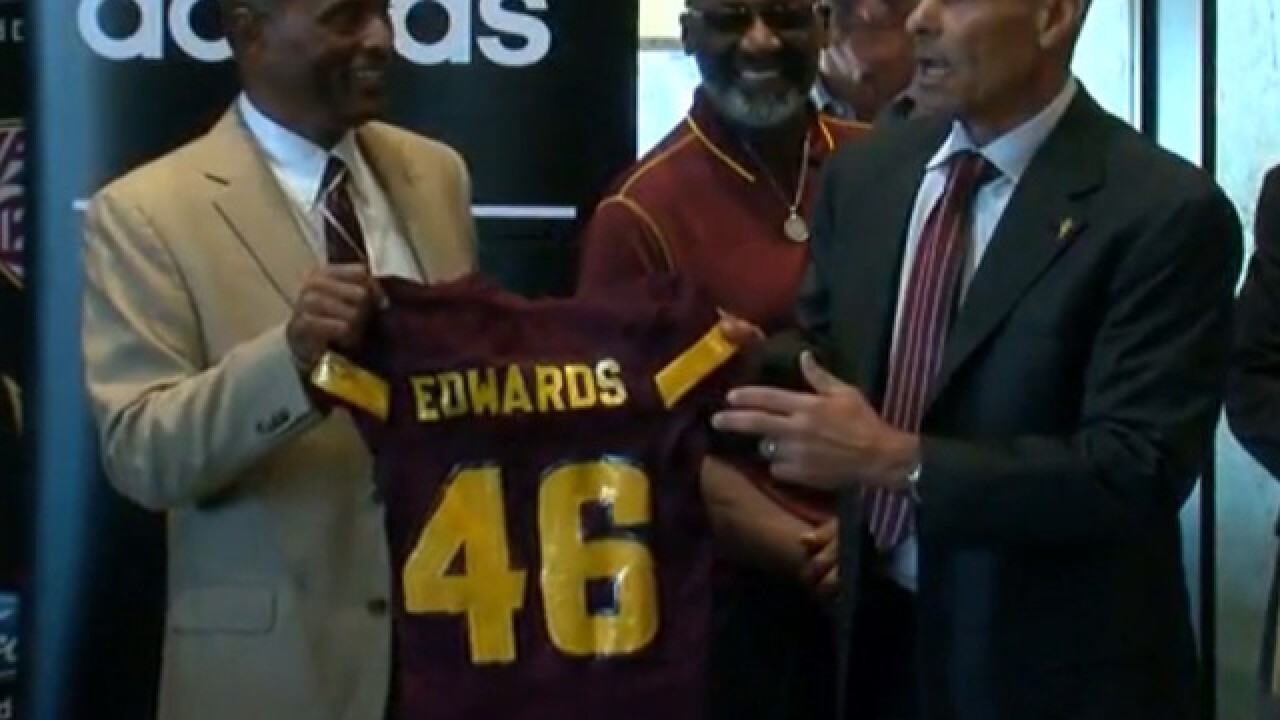 Days after multiple reports said Herm Edwards would be Arizona State's next football coach, the Sun Devils made it official.

Edwards, the former New York Jets and Kansas City Chiefs head coach and current ESPN analyst, was announced as ASU's new football coach Sunday night, pending approval by the Arizona Board of Regents. He will be the 24th head coach in the history of the program.

ASU has scheduled a press conference for Monday at 10:30 a.m. at Sun Devil Stadium.

Edwards will oversee ASU's "New Leadership Model," which will implement a "general manager structure" to the Sun Devil football program.

"Our goal for this football program is to reach unprecedented heights, and therefore we need to find a way to operate more innovatively and efficiently than we have in the past," ASU athletic director Anderson said in a statement.

"In the spirit of innovation, our vision for this program is to have a head coach who serves as a CEO and is the central leader with a collaborative staff around him that will elevate the performance of players and coaches on the field, in the classroom and in our community. Equally important, the head coach will be a dynamic and tireless recruiter."

Edwards spent most of his coaching career at the NFL level. After spending three seasons as San Jose State's defensive backs coach, he took the same position with the Chiefs in 1992. He served as the Tampa Bay Buccaneers' defensive backs coach and assistant coach from 1996-2000 before being hired to his first head coaching job with the Jets.

Edwards posted a 39-41 record in five seasons with the Jets. After the 2005 season, Edwards became one of a handful of NFL coaches to ever be traded when he was dealt by the Jets to the Chiefs in exchange for a fourth-round pick in the 2006 NFL Draft.

Edwards went just 15-33 in three seasons at the Chiefs helm before being fired after the 2008 season. Edwards hasn't coached since his dismissal in Kansas City, and he is currently an NFL analyst with ESPN.

Edwards is perhaps best known for his "you play to win the game" rant following a game while he was the Jets' head coach.

"Passion for my faith, my family and my occupation as a football coach are the things that have driven me back to the grass," Edwards said in a statement. "My personal commitment to build young men to be whole people through the game of football is completely in alignment with the vision President Michael Crow and Vice President for University Athletics Ray Anderson have for this program.

"I stand ready for the challenge of working with them to elevate Sun Devil Football. I am very excited and humbled to be the Arizona State head football coach."

ASU fired six-year head coach Todd Graham on Nov. 26, one day after the Sun Devils defeated Arizona in the Territorial Cup game to finish the season with a 7-5 overall record and 6-3 record in the Pac-12. Graham has a 46-31 career record at ASU and will coach the Sun Devils through their Sun Bowl matchup with North Carolina State on Dec. 29.