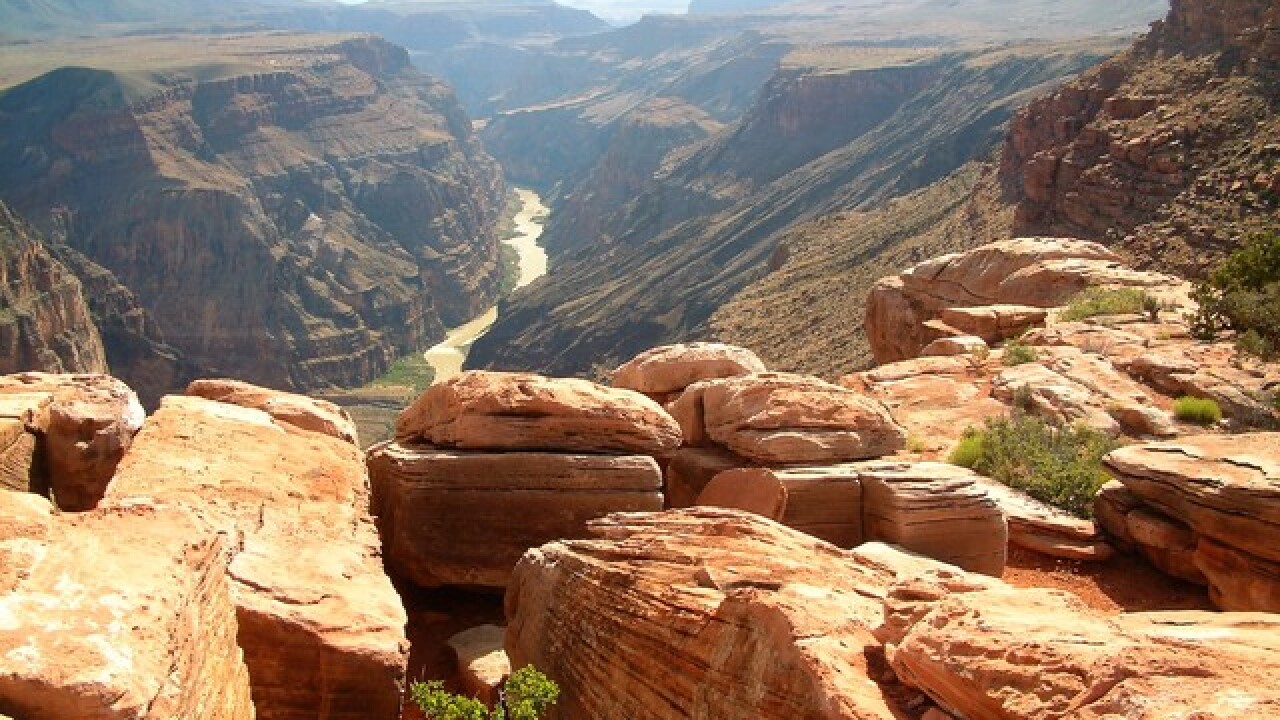 A California man remains missing three days after trying to rescue his wife during a river rafting trip in the Grand Canyon.

Grand Canyon National Park officials said Monday with few clues about his whereabouts, the search for 67-year-old Mike Howard, of Simi Valley, has been somewhat scaled back.

Authorities say he and his 65-year-old wife were on a Canyoneers commercial river excursion at Clear Creek on Friday morning.

They were preparing for a day hike when the woman went into the river while disembarking.

Howard immediately went to assist her.

Authorities say both swam through Clear Creek Rapid and she was rescued.

The woman was later airlifted to the South Rim and taken to a Flagstaff hospital.

Ground and swiftwater rescuers have been scouring the Colorado River by motorboat.