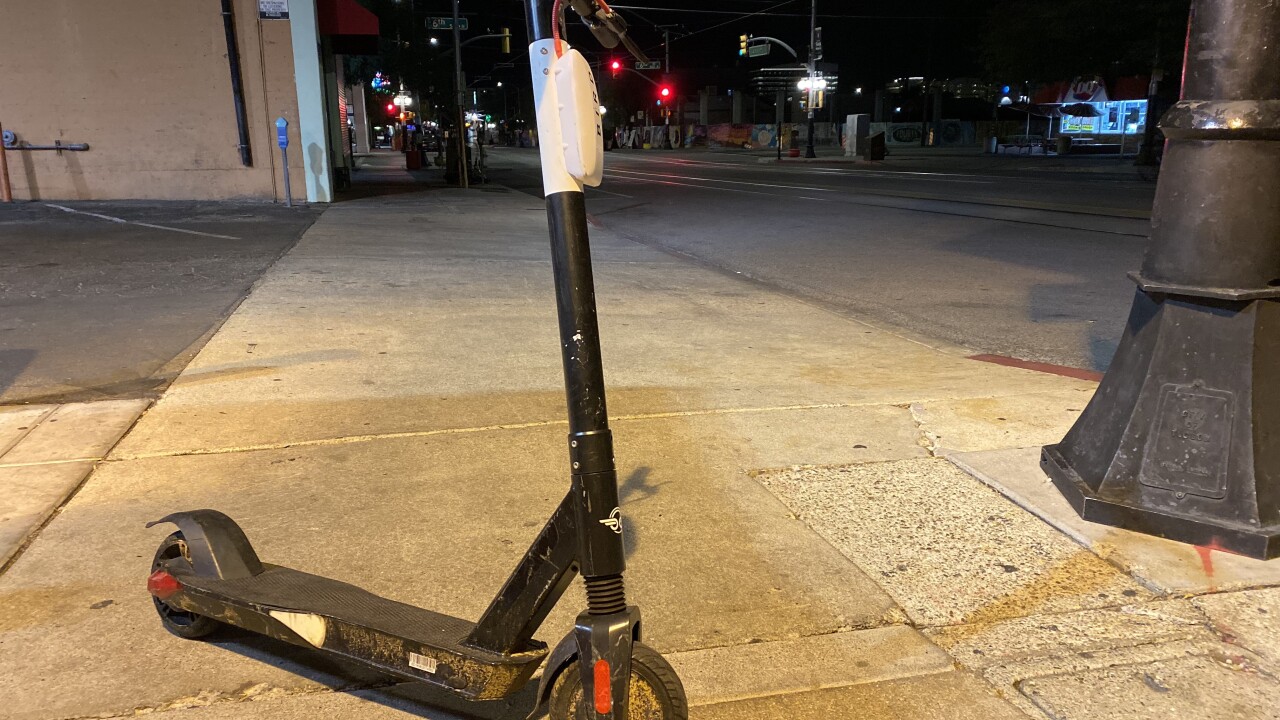 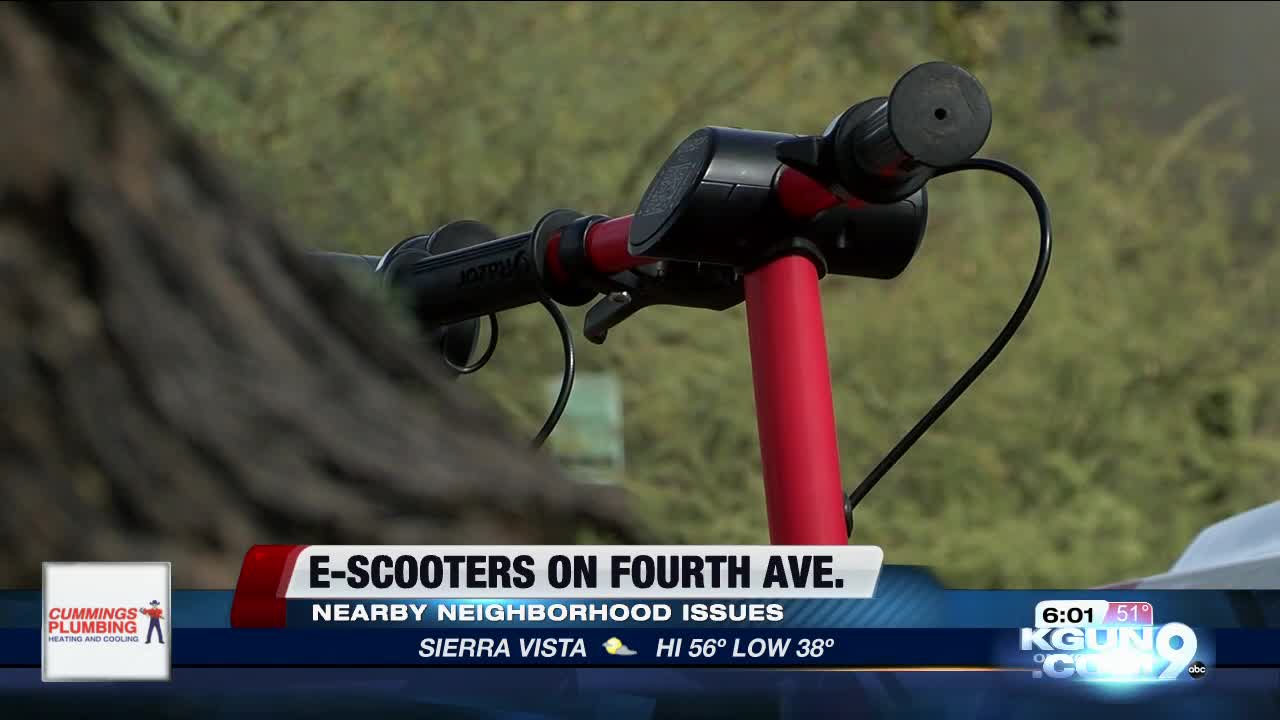 TUCSON, Ariz. - Fourth Avenue merchants and residents in the Iron Horse neighborhood are revoicing their concern with e-scooters.

Residents in the Iron Horse neighborhood recently came together to write a letter to the City of Tucson in which they expressed their displeasure with the scooters.

Some love them, some hate them! #TODAY on @kgun9 why merchants on #FourthAve & a nearby neighborhood say they want e-scooters gone. We’re live at 6:30a, join us! pic.twitter.com/tAoqBnI2a4

The letter says that during an October meeting residents expressed how opposed they were to the e-scooters. At the end of the meeting one of the residents introduced a motion to have the Iron Horse Neighborhood Association oppose the pilot program and submit a letter to the city expressing concerns.

The letter also referred to e-scooters as "corporate litter". It added that "in almost every survey of 'best walkable' neighborhoods in Tucson, the Iron Horse neighborhood ranks number one," adding "the introduction of e-scooters threatens this attractive beneficial characteristic,"

Toward the end, the letter says "in summary, the Iron Horse Neighborhood Association opposes the continuation of the e-scooter pilot program and any similar program."

Meantime, merchants on Fourth Avenue, which is adjacent to the Iron Horse neighborhood, say they are feeling the same way.

Martin Fontes, the owner of a restaurant on Fourth Avenue, told KGUN9 he has seen an impact on business and he believes it has been because of the introduction of e-scooters. Fontes added he also believes e-scooters pose a danger to people who frequent Fourth Ave.

Despite the way some merchant owners on Fourth Avenue feel about e-scooters, many like them.

Carlos Gaona rode an e-scooter for the first time on Friday, November 22. Gaona rented the e-scooter from Fourth Avenue and said while the e-scooters were faster than he thought, they were fun.

"Seems like a good way to cruise around, get to know Tucson, downtown, fourth," said Gaona "I think that instead of walking it'll be perfect for just cruising around, seeing Fourth."

Ward 6 council member Steve Kozachik told KGUN9 that since the start of the e-scooter pilot program he has been inundated with complaints about the e-scooters. He said he has told residents they should contact both e-scooter companies, Bird and Razor, with their concerns.

Kozachik added he plans on bringing up the e-scooter topic to the city council during a meeting in December. He said he hopes the council chooses to end the program.

RELATED: E-scooters have arrived in Tucson