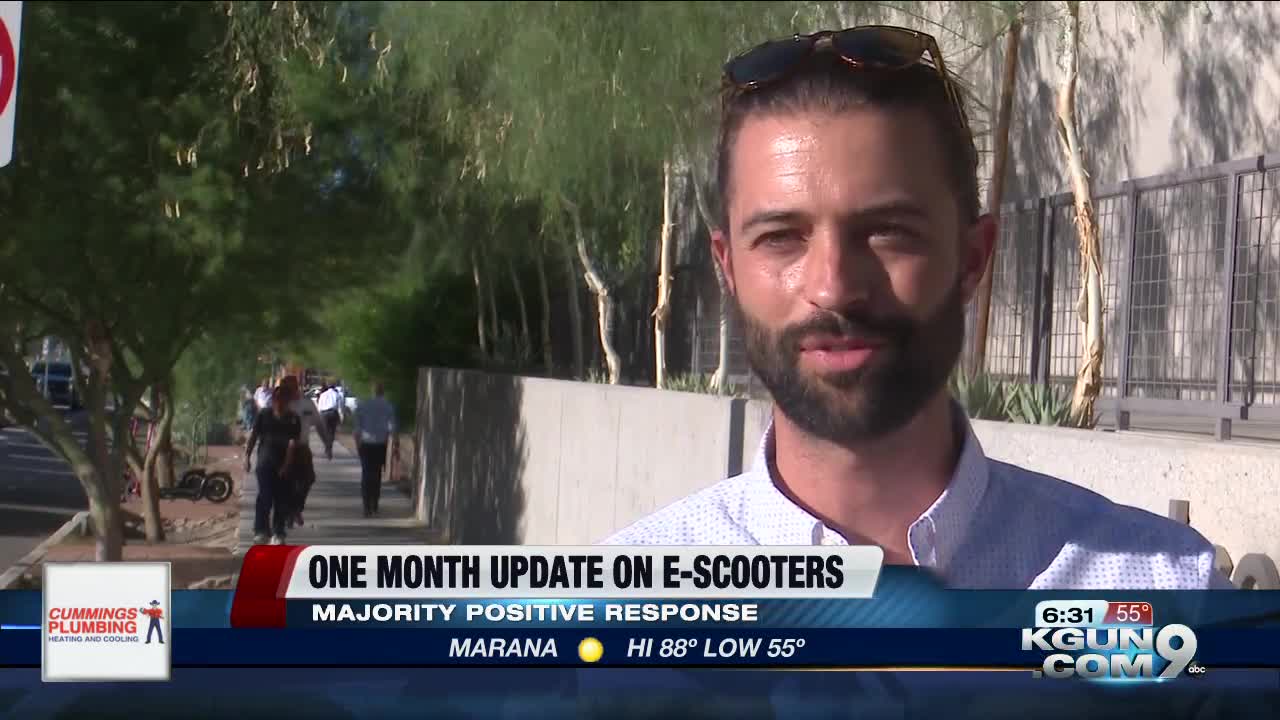 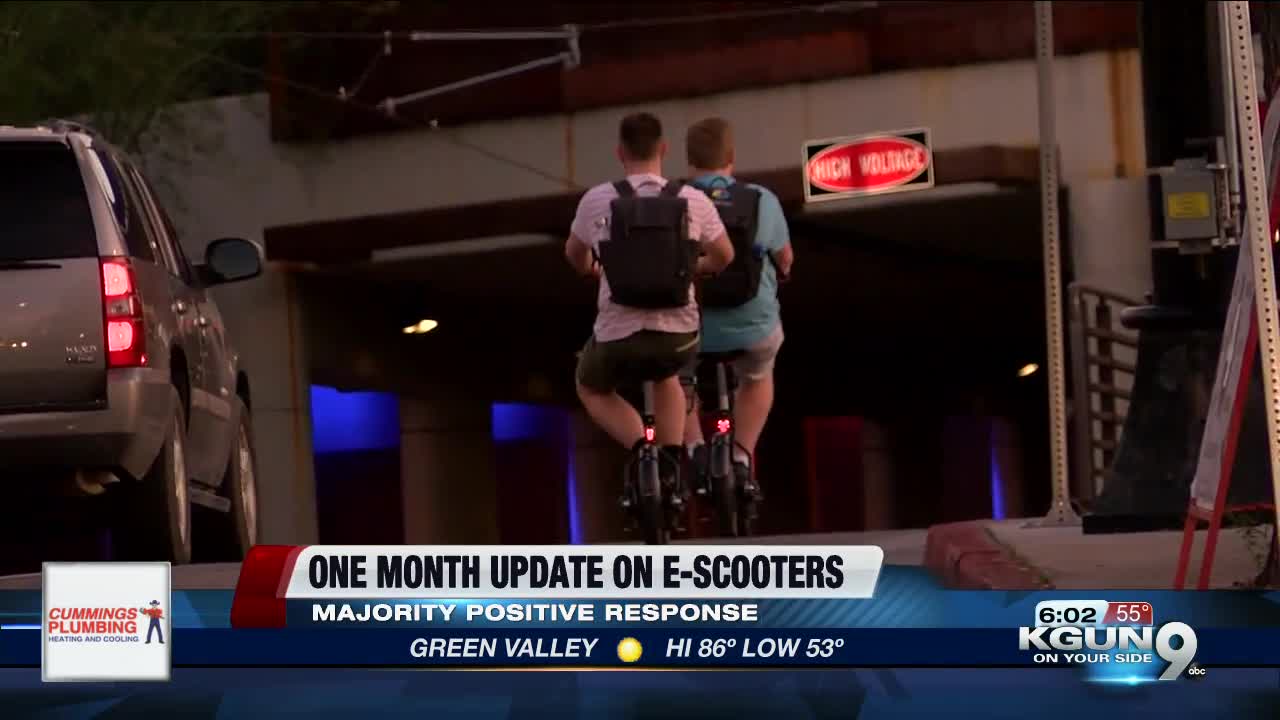 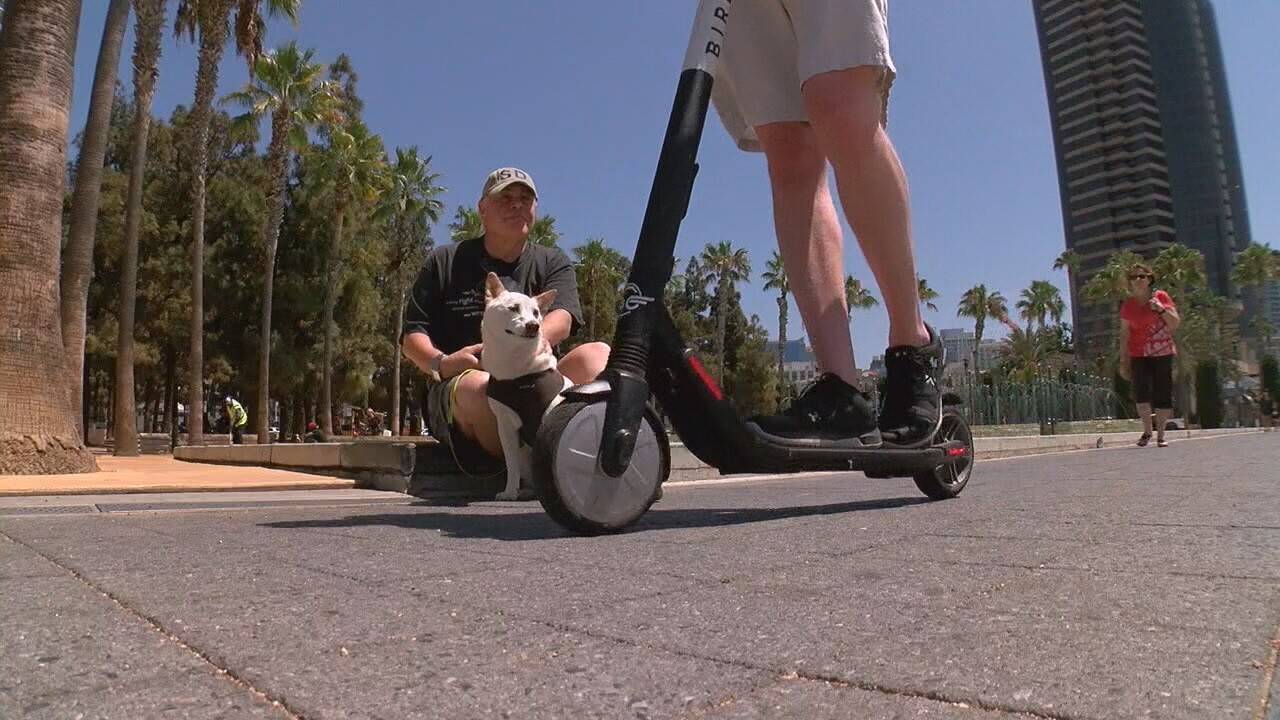 TUCSON, Ariz. — Saturday marks 30 days since the start of the 6-month e-scooter pilot program in Tucson.

Tucson Department of Transportation said there have been just under 40,000 trips taken on e-scooters since the program launched for an average of roughly 1,400 trips per day. These number let TDOT know the community is responding well to the program.

The scooters are part of a 6-month pilot program, that can end at any point.

The two companies, Bird and Razor, have about 1,000 scooters on our roads.

TDOT said they understand that not everyone is a big fan of these scooters, so if someone sees something of concern, they should say something.

"If you see a scooter that's blocking a sidewalk or somewhere it's not suppose to be or laying over. Well, first of all, do the right thing and pick it up," TDOT Bicycle & Pedestrian Program Coordinator Andrew Bemis said. "If you don't have the time or you're not able to do that, let bird and razor know directly and they'll come out and get it moved."

Bemis said TDOT has received 36 calls, and the most biggest concerns were improper parking and riding on the sidewalk.

Scooter riders must follow the same rules as a cyclist on the roads.

Bemis said TDOT also recommends people ride with a helmet. To get a free one, contact Bird or Razor.

Overall, Bemis said this program is for the community, so TDOT wants to know your response.

"We hope you are enjoying the scooters. We hope they're helping you get around," Bemis said. "Please be safe when you're out there and be courteous. Look out for each other on the road."

Want to report a concern about the E-scooter?

If it's improperly parked scooter or another issue, contact Bird or Razor.

For general questions or feedback about the Pilot Program, contact TDOT Concerns at (520) 791-3154 or tdotconcerns@tucsonaz.gov