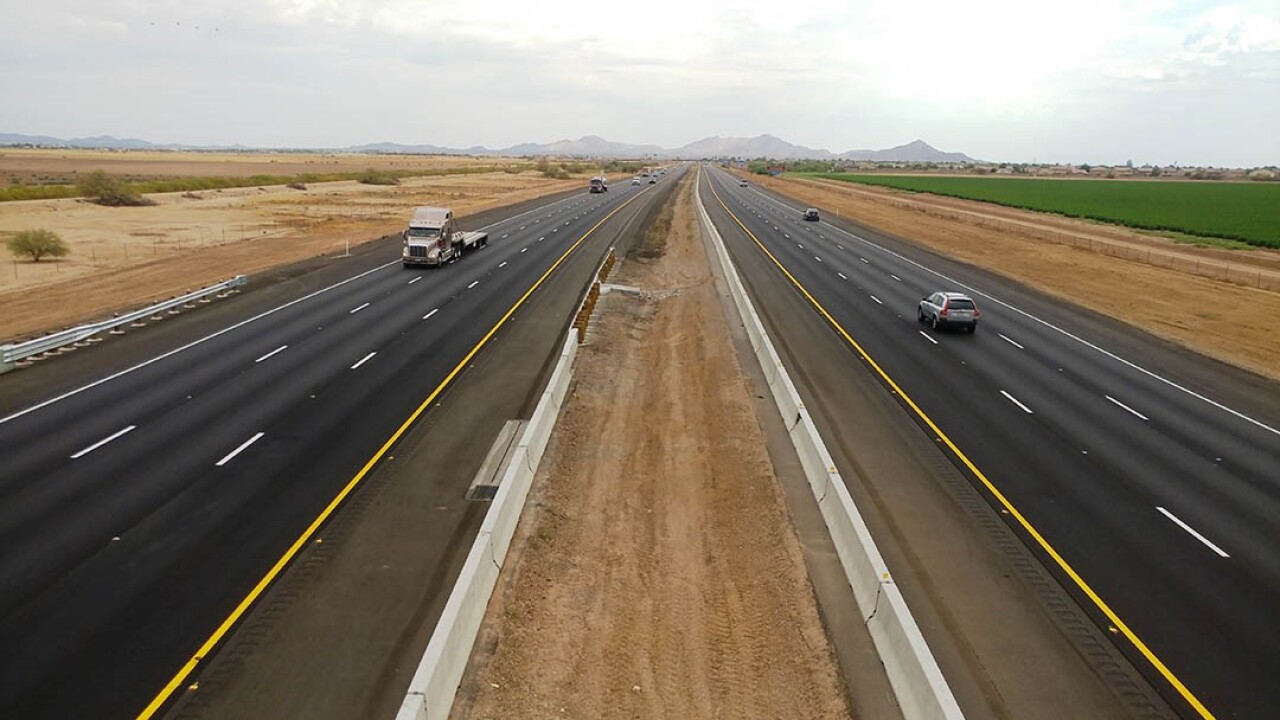 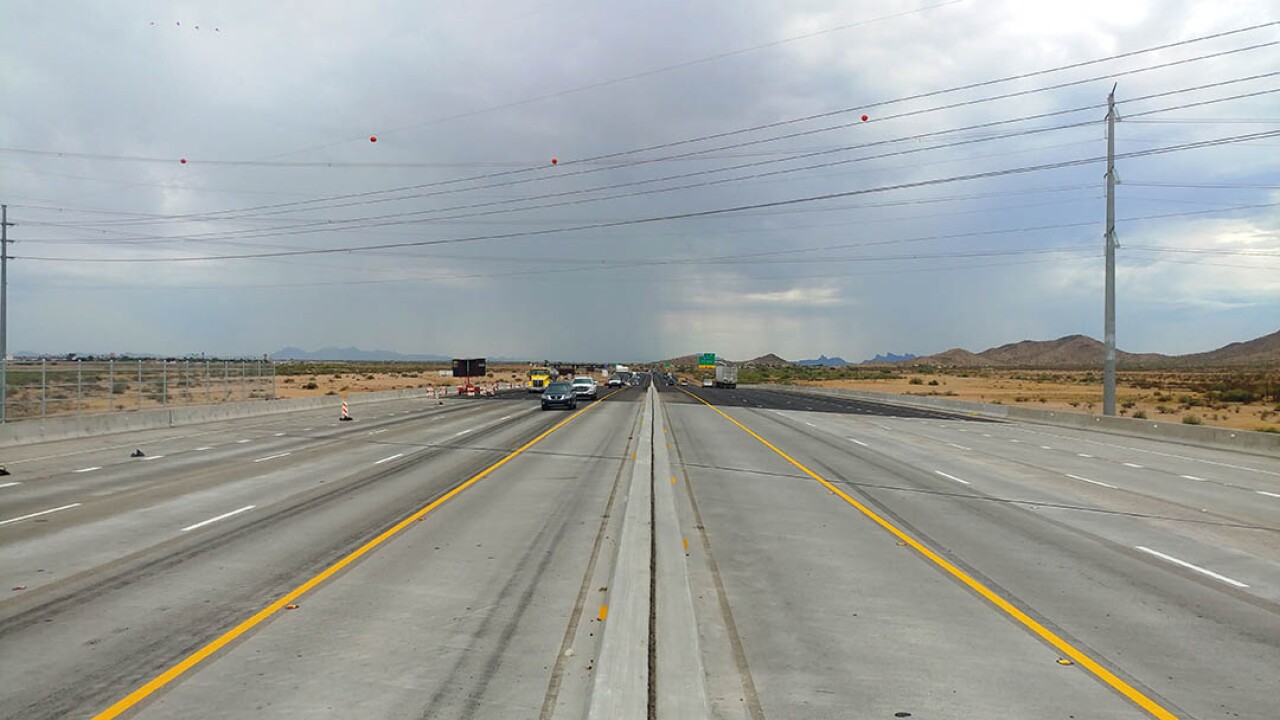 According to the Arizona Department of Transportation, the area is near Casa Grande. In addition to the widening, the $43 million project replaced I-10 bridges over Jimmie Kerr Boulevard.

The project coincides with a $72 million effort to widen the freeway between Picacho and Eloy and also adds a new interchange with State Route 87 and a dust detection zone.

The eventual goal is for I-10 to expand to six lanes the entire way between Phoenix and Tucson.