Forecasters predict monsoon could have later start this year 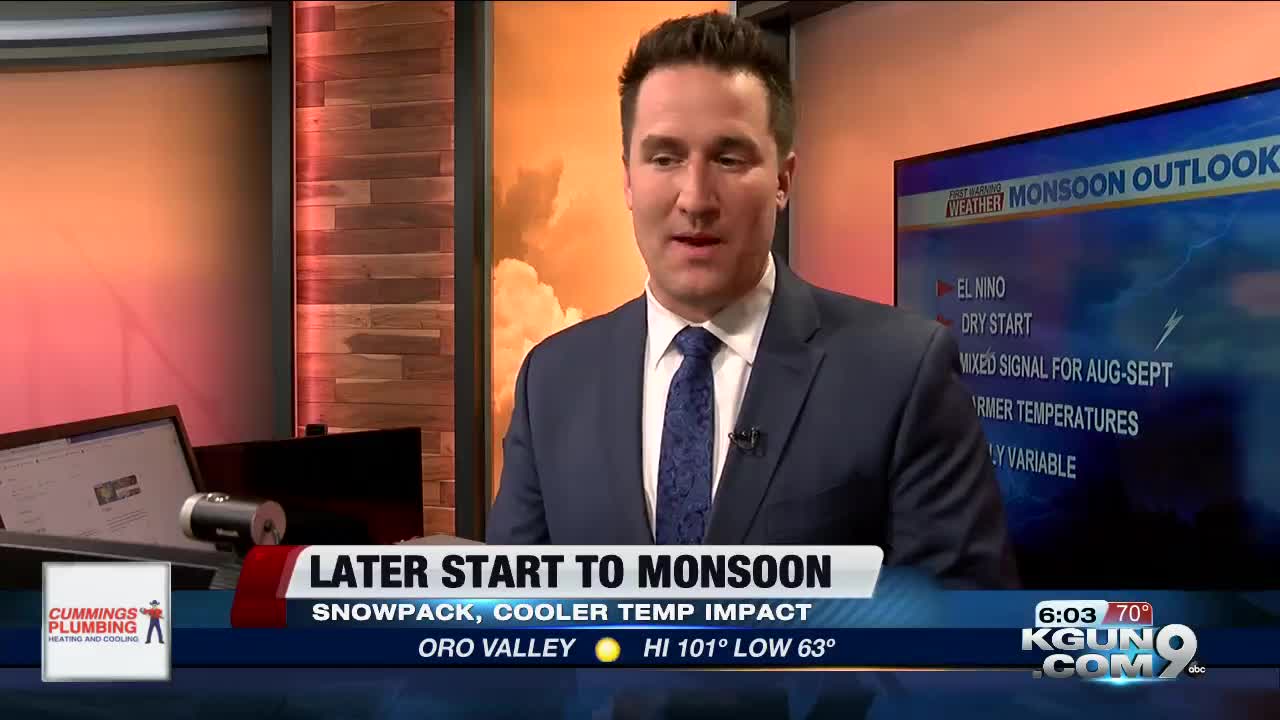 Forecasters and meteorologists are predicting the monsoon may have a later start this year when compared to previous years. TUCSON, Ariz. - Forecasters and meteorologists are predicting the monsoon may have a later start this year when compared to previous years.

These photos were taken nearly 7 months apart (so much has changed) - #ComingUp on @kgun9 the impact snowpack & cooler temps are having on the start of our #monsoon. pic.twitter.com/pbL7yE70c0

Meteorologists with the National Weather Service in Tucson identified two main reasons behind the delay. The first, the large amount of snowpack. The second reason had everything to do with the cooler than normal temperatures we had during the winter.

On average, we have had most of our monsoons begin on either end of July 4, according to the National Weather Service.

Despite June 15 being dubbed as the start of monsoon, meteorologists with the National Weather Service say they call it once there is a change in wind direction or the westerly flow begins.

The lastest start meteorologists at the National Weather Service say they've seen was the third week of July. The earliest start was on June 17.