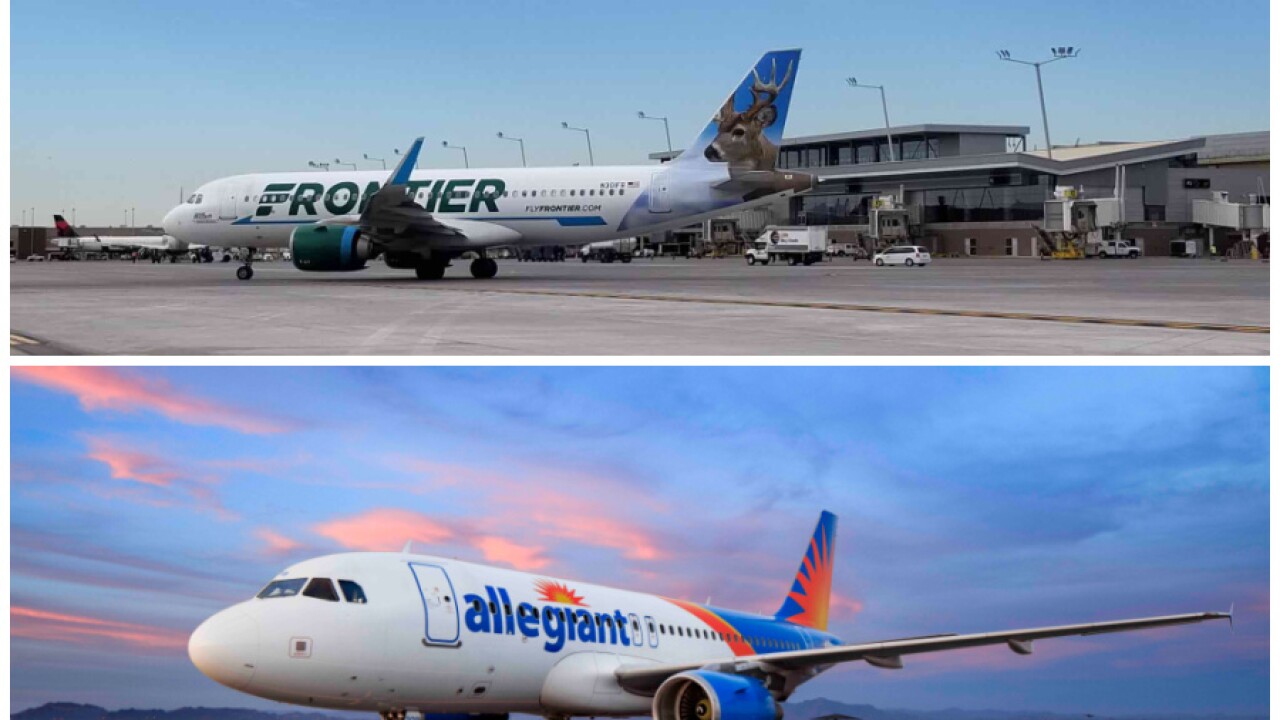 For anyone looking to travel or thinking about traveling in 2021, both Allegiant Air and Frontier Airlines have added a few more destinations from Phoenix -- and they're offering some low introductory fares to those spots.

Beginning Feb. 11, 2021, Allegiant will fly from Phoenix-Mesa Gateway Airport to William P. Hobby Airport in Houston, Texas. There will be two flights per week, the airline said.

Fares will start at $49, though remember that Allegiant charges extra for carry-on and checked bags, and to select where you sit on the plane. Trips can be booked at www.allegiantair.com.

Frontier will add three routes in February from Phoenix Sky Harbor International Airport to Oakland, Ontario, and Sacramento in California.

Service to Oakland will begin on Feb. 5, 2021, followed by service to Ontario and Sacramento on Feb. 11, 2021, Frontier said. There will be two flights per week to start. In March, flights will increase to four times a week.

Fares for those destinations will start at $19. Like Allegiant, Frontier also charges for carry-on and checked bags, and to select your seat assignment. Trips can be booked at www.flyfrontier.com.