Flags to be lowered for dead Arizona National Guard soldier 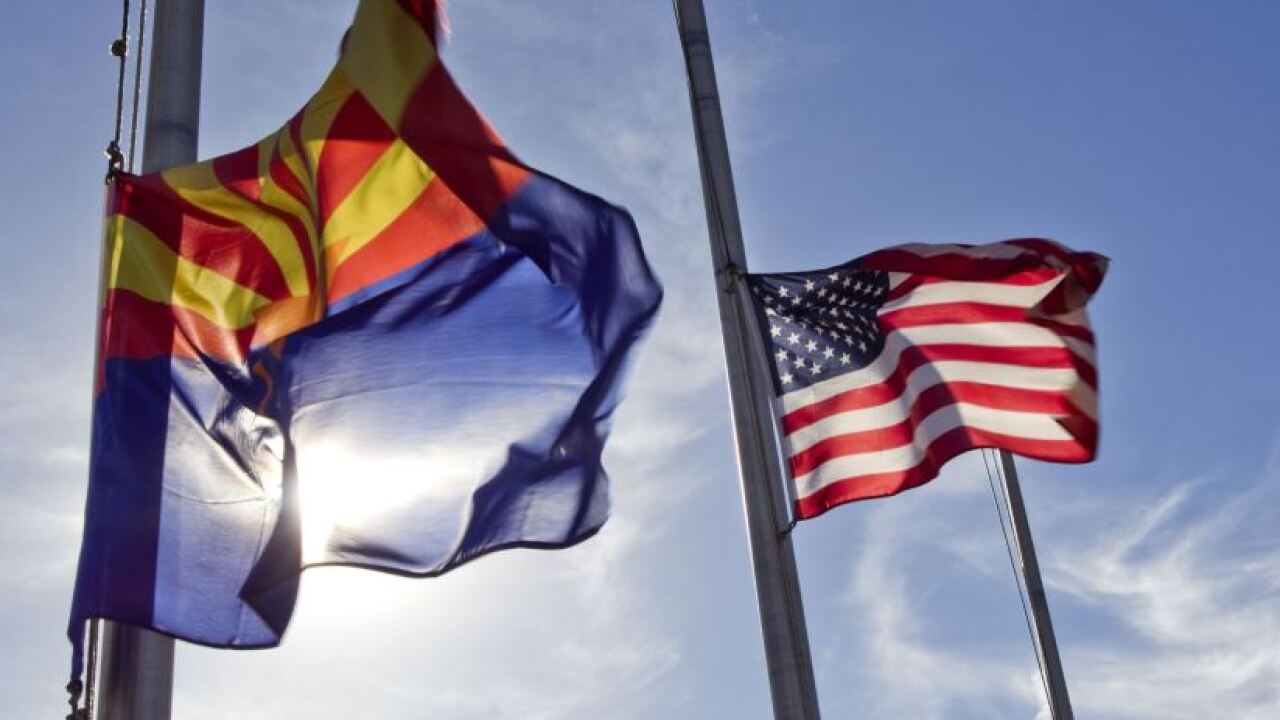 PHOENIX (AP) — Gov. Doug Ducey has ordered flags at all state buildings be lowered to half-staff from sunrise to sunset Friday to honor an Arizona Army National Guard soldier who died after collapsing during a training event.

Authorities say U.S. Army 2nd Lt. Robert Dwayne Bryant Jr. was taking a physical fitness test in preparation for the Basic Officer Leader Course when he fell during the run portion of the test Tuesday at Tempe Town Lake. The 23-year-old Bryant was taken to a Tempe hospital where he died Wednesday.

The cause of death will be determined by the Maricopa County Medical Examiner’s Office.