First day of in-person classes at the University of Arizona 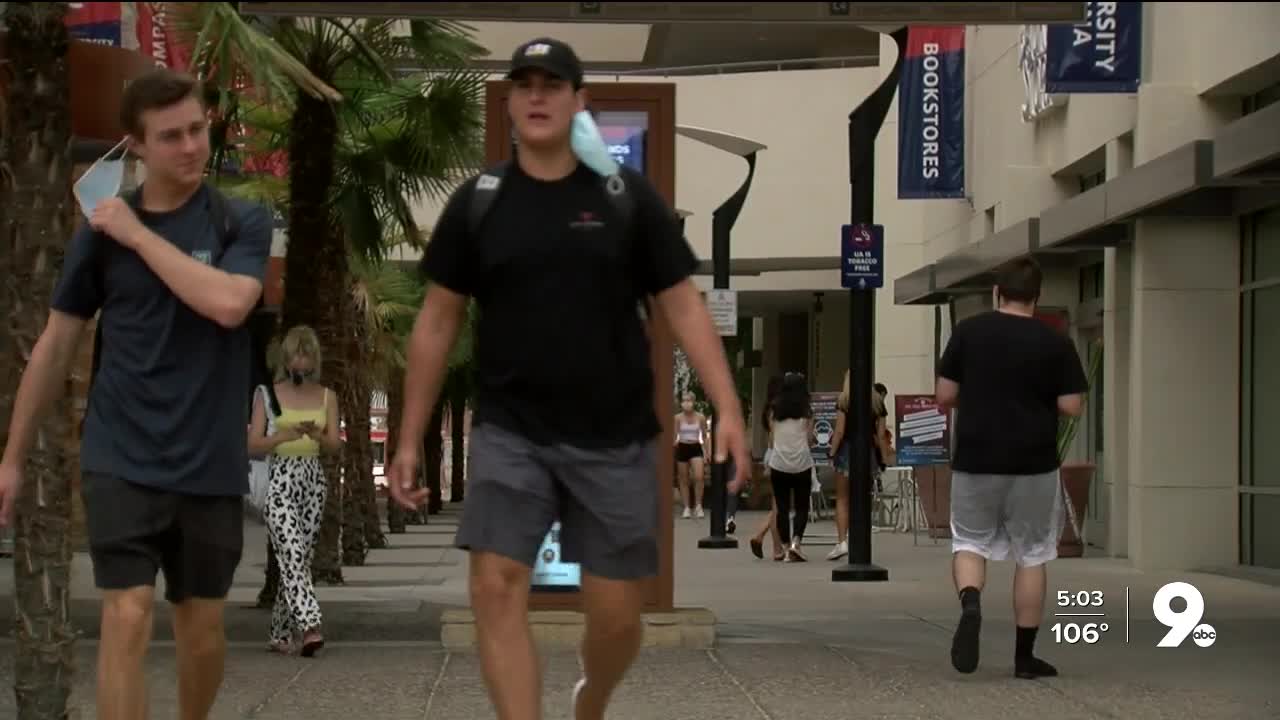 Some students make their return to in person learning at the University of Arizona.

The first day of class came with at least one hiccup. The school was expecting a delivery of masks to make available to faculty and students at the bookstore. The order was incomplete, and more masks are expected Wednesday.

Student’s we spoke with have some concerns about the pandemic, but said they were mostly excited for the new school year. “I still want people to have a good time and parties are a part of college,” said Freshman Cassie Scott. “So maybe we could find a way to party without breaking too many of the guidelines. Like wearing a mask and not sharing drinks and stuff like that.” Larger classes and more students will be phased in in the following weeks.

“All of mine are online for the first two weeks, and then half go in-person,” said Freshman Zackary Steinberg. There were also students who did not have in person class hanging out on campus. Many seemed to be first-year students getting a lay of the land. Others decided to attend their online lectures from a patio seat near the student union. “I trust in myself if I got it id be OK. I’m not super concerned about getting it,” said Steinberg. “But I am concerned about giving it to other people.” The students we talked to say they trust CDC guidelines like washing hands, social distancing and wearing a mask will keep them safe.

“You can’t go to parties for one because you can get suspended for that,” said Freshman Athena Tran. “Obviously social distancing and if you don’t have a mask on, you’ll probably be told to put it on.” Scott says she is putting her trust in the school’s administration that they can return to school safely. "I think if the teachers and the president here feel that it’s safe, I think we should respect that and not worry too much,” said Scott.

We asked the University of Arizona about enforcement for fraternities and students off campus. A spokesperson said students need to abide by city and county laws such as mask ordinances and large gatherings. If their behavior endangers others they can also receive disciplinary actions through the code of conduct.