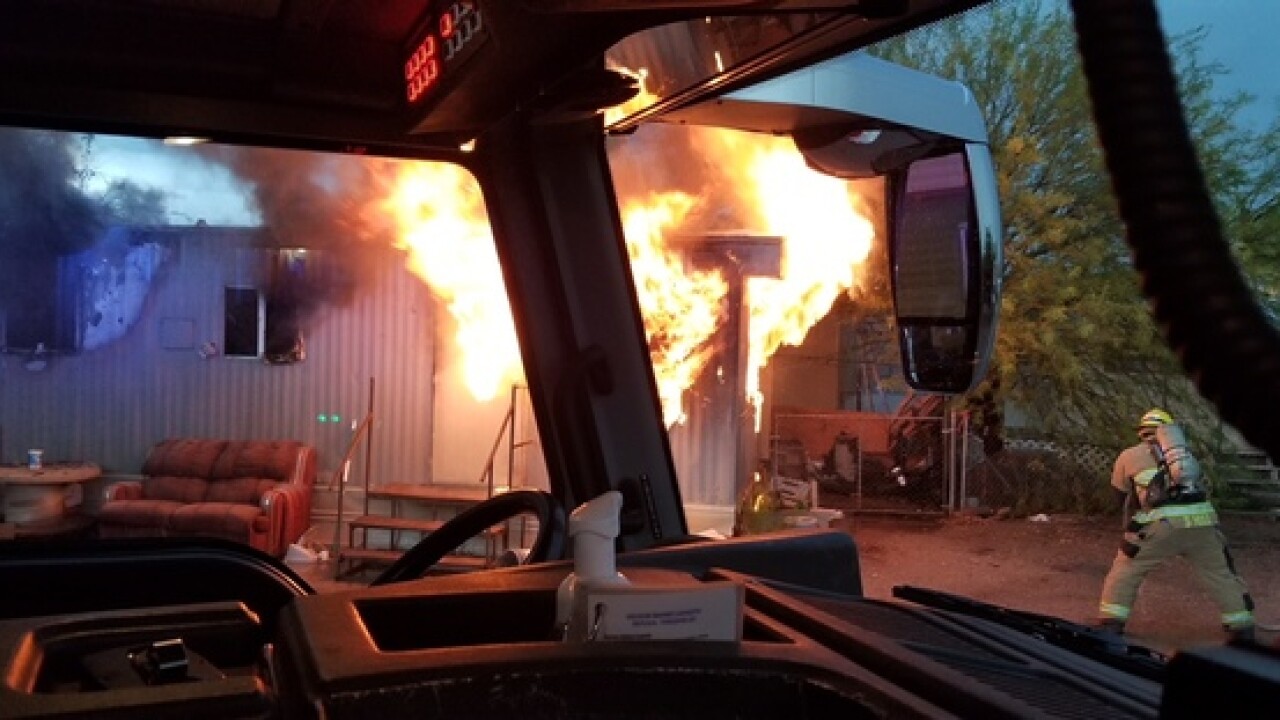 Tucson Fire investigators are looking to determine how a southside mobile home went up in flames.

Tucson Firefighters were called to the mobile home park near Bilby and Campbell around 6:30 p.m. Sunday. Neighbors made mutliple calls to report smoke and flames coming from the home.

When fire crews arrived they saw fire coming from one half of the trailer. Firefighters immediately started extinguishing the flames from the outside and performing an exterior reset.

According to TFD, an exterior reset cools the interior temperature and extinguishes the flames before firefighters enter the home.

Nine unites and 23 firefighters were able to get the flames under control within 10 minutes of arrival.

No one was hurt. Neighbors tell TFD that the three people living in the mobile home were out of the country.