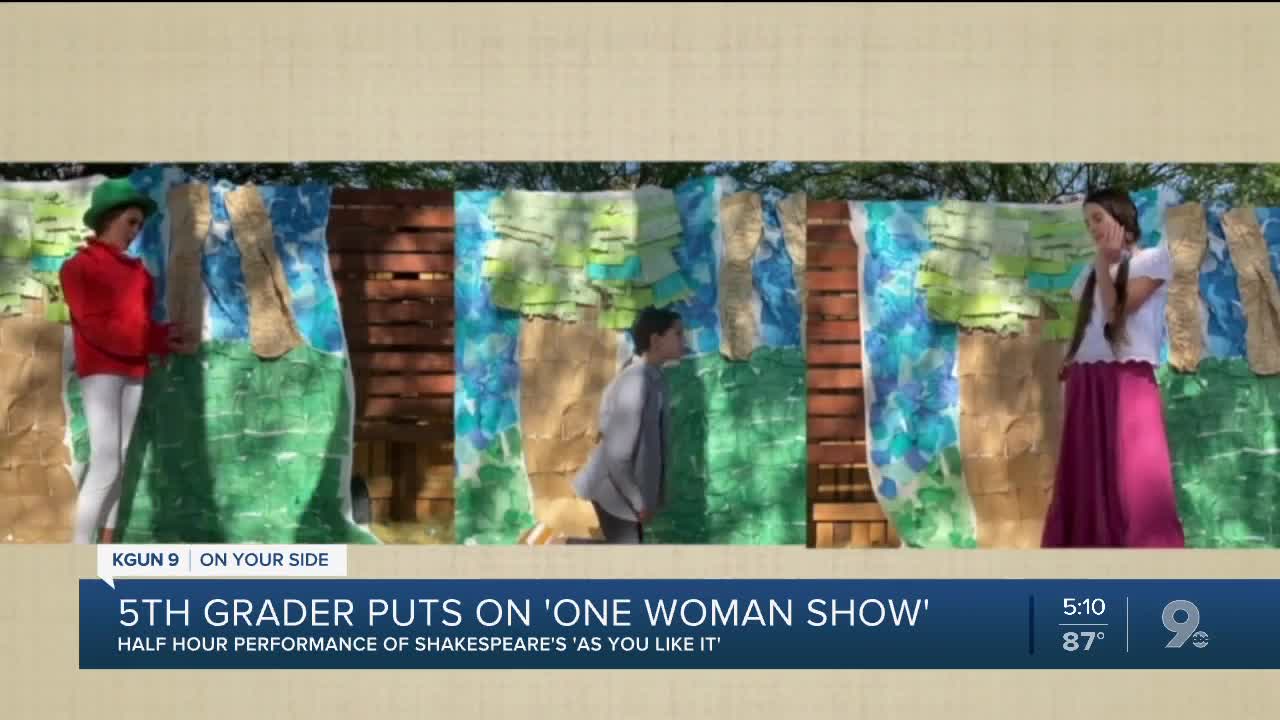 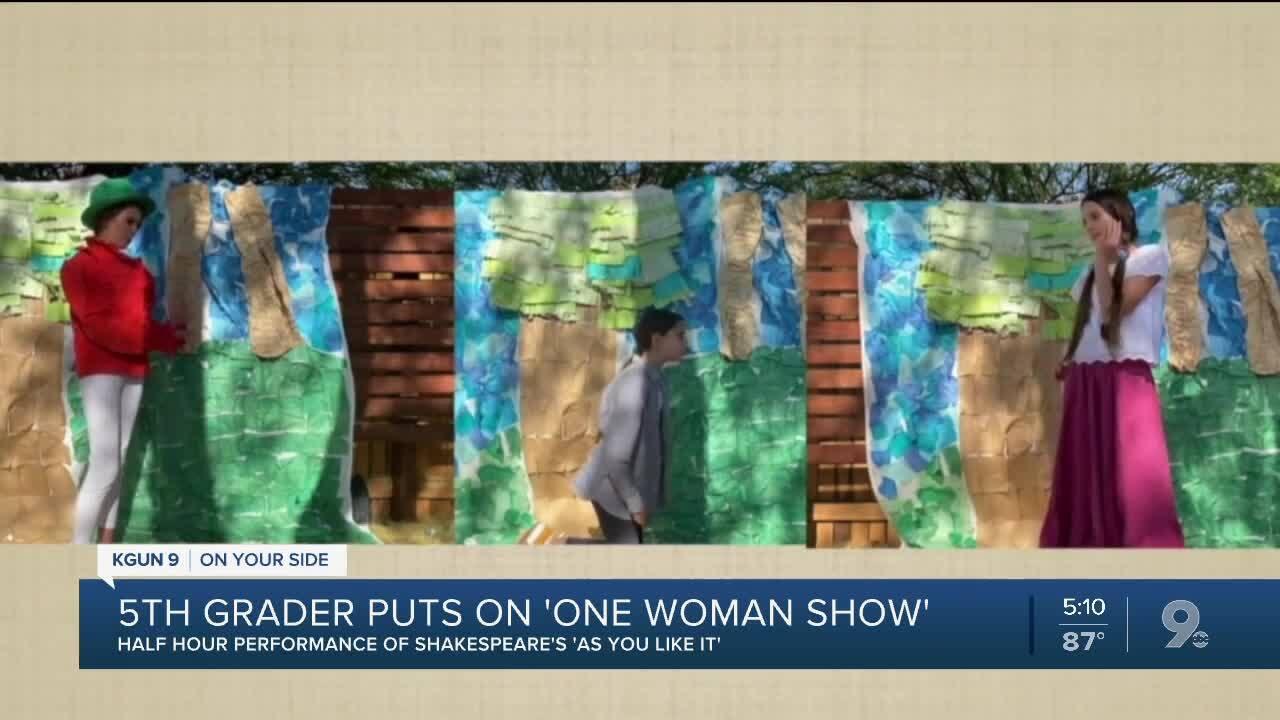 TUCSON, Ariz. -- Canceled events have turned into a new norm due to COVID-19, but one middle schooler from Pusch Ridge Christian Academy didn’t let the pandemic take away her play.

Fifth grader Rachel Warren had been looking forward to being in her school’s Shakespeare play since preschool. When she was told it was canceled, she took matters into her own hands.

Rachel alongside her mom, Vanessa Warren, created a half hour production of ‘As You Like It’.

Warren’s mom said when the play was canceled she knew what she needed to do.

“My heart just hurt that she wasn’t going to be able to experience what she looked forward to since she was in preschool. So I started brainstorming, Then I thought we could make a home movie."

The production took at least two weeks to film and at around 60 hours to edit.

“And there were times where I was like, what am I doing?” Vanessa said.

“But she did a really good job with editing,” Rachel added.

While the half hour performance was a success, the production didn’t come without its challenges.

“Well, my baby brother comes in a lot and sometimes I don’t feel like filming,” Rachel said.

Not to mention memorizing all the lines--

“She would say ‘oh mom, this is really hard, and I would say ‘oh you can do it…’ And then one day I took the script and I’m like, oh this is a half an hour,” Vanessa recalled.

However, they pushed through; filming in triple digit temperatures on an iPhone.

“I thought it would be a fun activity but it also could show some people there’s still hope and you can still do some fun things during the coronavirus,” Rachel said.

“I’m just really proud of her and I’m just really impressed. I’m impressed by her poise and her ability to pull this off and not give up because she still had classes,” Vanessa added.

Rachel tells KGUN9 she is especially thankful for having such a supportive family.

“I had a lot of help from my family so I am very glad that I have a good family."

The 11 year-old actor says plans on continuing to take drama classes and hopes to one day make it to Broadway.