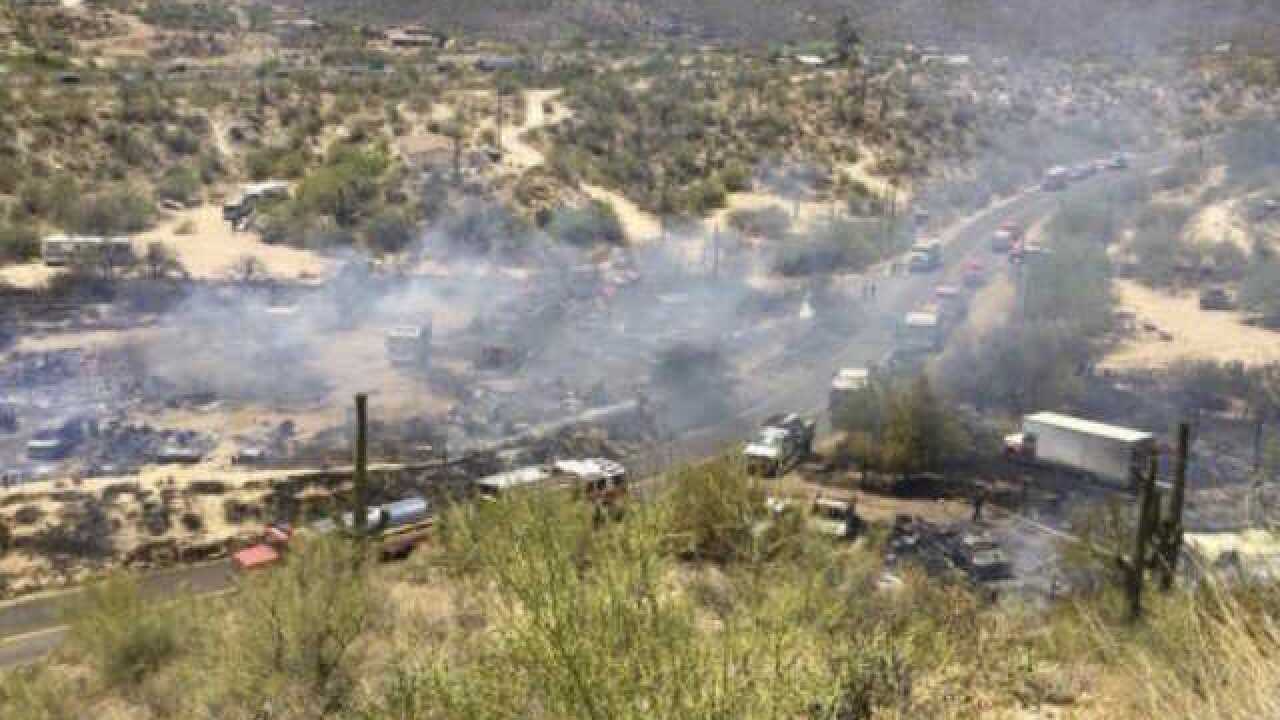 Two homes were burned in a wildfire that broke out near Black Canyon City Saturday afternoon.

The Yavapai County Sheriff's Office issued a "Code Red" alert warning residents in the area to pack emergency items and prepare to evacuate.

People affected by the "Code Red" alert included those who live in homes on the east side of Interstate 17 along Coldwater Road to Squaw Valley and over to Agua Fria River up to Perry. However, the alert has since been canceled.

On Sunday, fire officials said along with the two homes destroyed in the blaze, several structures and 20 vehicles were also damaged.

Crystal Bowman, a Valley nurse, said her family lost everything from the fire.

"I half asleep threw my shoes on, grabbed my purse and ran outside to see what was going on, and I turned around to see the whole house go up," Bowman said.

The family has created a GoFundMe page to help with repair and replacement costs.

Two firefighters were injured during the incident; one firefighter suffered heat exhaustion, while the other injured his knee, authorities confirmed. No other injuries were reported.