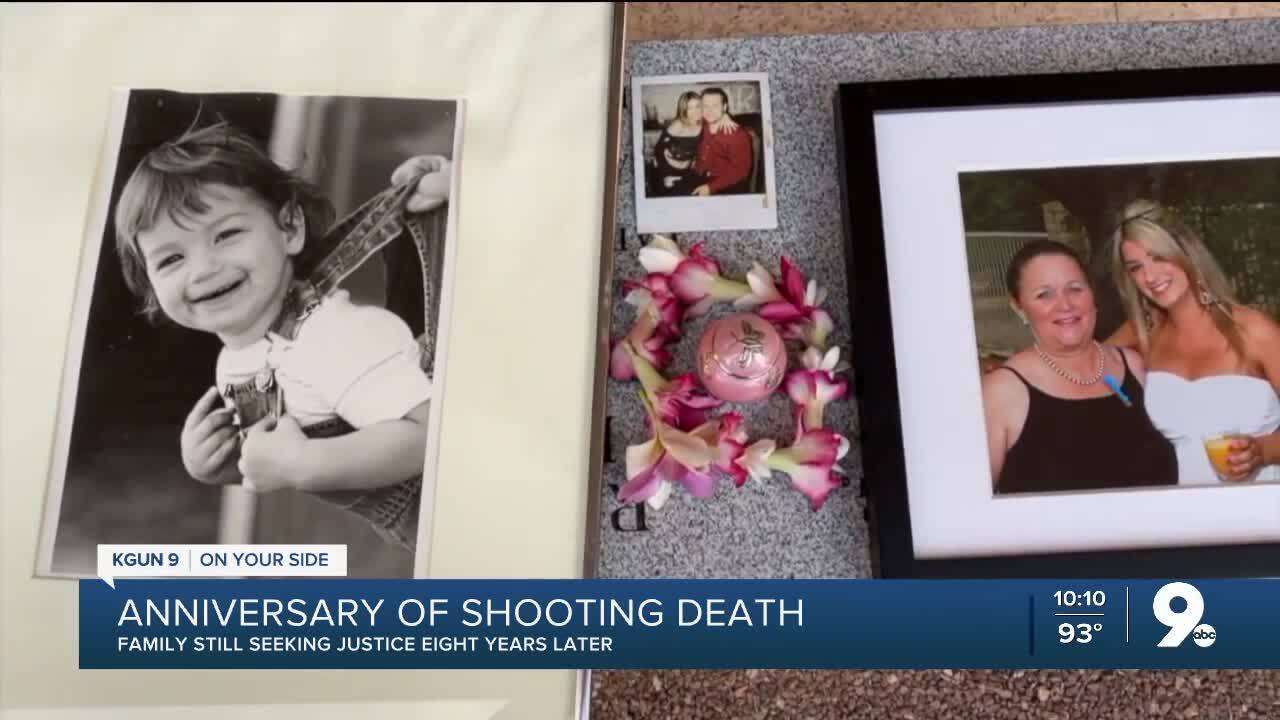 TUCSON, Ariz. — It's a case KGUN has been following for years.

On Friday evening, the family of a Tucson woman who was killed in 2012 got together to remember her life.

It's been eight years since Genna Ayup was shot and killed by her boyfriend.

Her family held a balloon toss to remember her life and the legacy she left behind.

However, they say, they're still fighting for justice in her death.

Ayup’s mother Toni Solheid is still hurting to this day.

“How do you shoot someone and walk away with no charges,” said

This is the question Solheid has been asking herself, every day, for the last eight years.

“This is all I have left of her, besides pictures which is...” said Solheid, holding back the tears.

Police say Ayup was shot by her boyfriend, and father of her child, Ronald Corbin Jr.

He told them he accidentally shot Genna while cleaning his gun.

It was determined to be an accident until Councilman Steve Kozachik’s Ward 6 office hired a private investigator.

“He came back and in his opinion said this is murder one,” said the Councilman.

The Pima County Attorney's Office then reopened the case in 2018, with the evidence presented before them.

“So the guy was at a bar. He was there for a series of hours. We know that from both video and from cashier receipts. He drove home within half an hour from him leaving that bar, Genna was dead on the floor,” said Councilman Kozachik.

She was shot in front of her two-year-old son.

Corbin Jr was indicted on manslaughter charges, but trial has been delayed multiple times and Ayup’s family is fed up.

“I want justice for my daughter and I will continue to fight,” said Solheid.

“In our system justice delayed is justice denied. This family deserves to see this come to closure,” added Kozachik.

“He deserves to go to prison. Do I want that for my grandson, absolutely not. But you know what...you just don’t get to shoot someone and kill them and act like nothing has happened,” Genna’s mom told KGUN 9.

All Ayup’s family wants is a fair trial.

Where a jury decides whether Corbin Jr is guilty or not guilty.

Trial is set to take place in August.