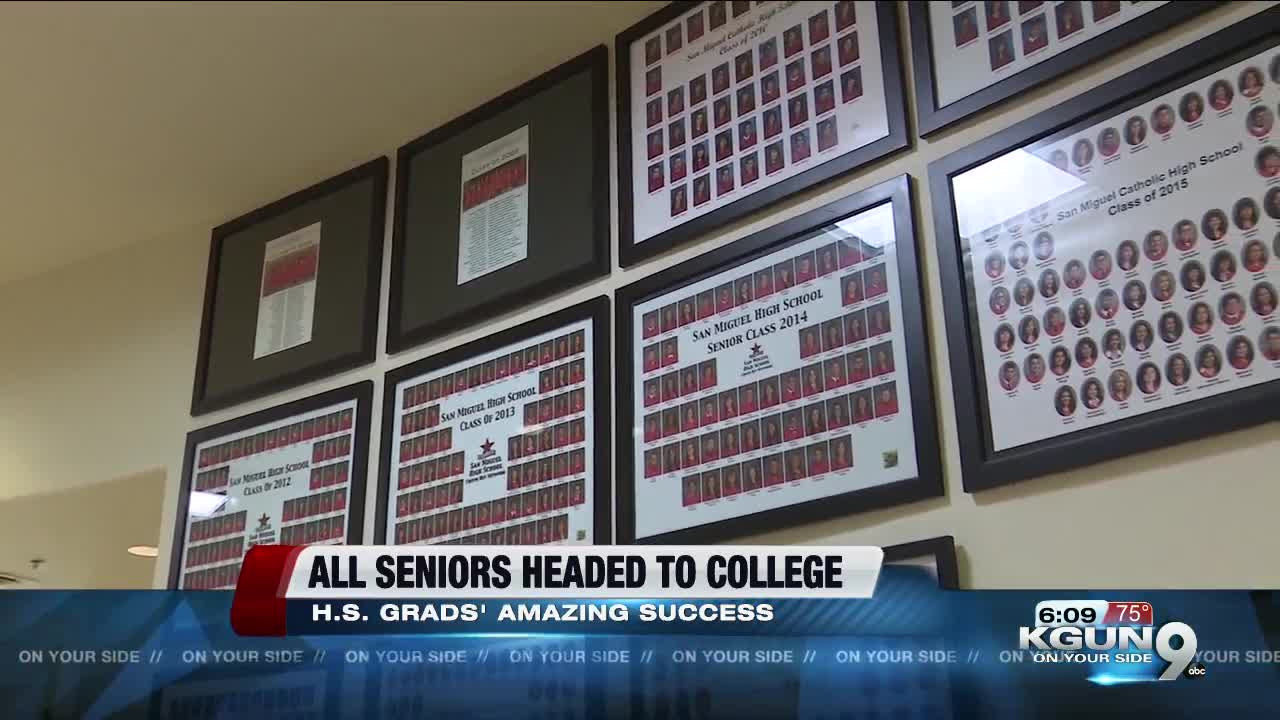 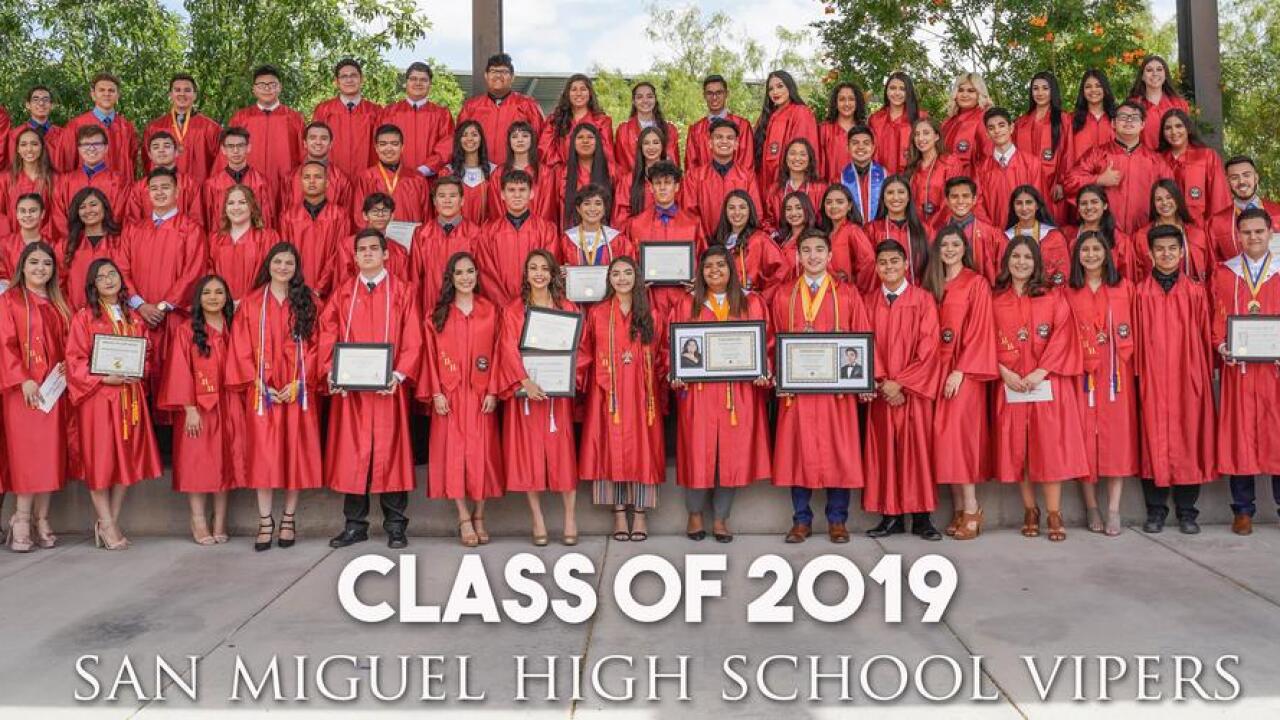 TUCSON, Ariz. — Having most graduating high school seniors go to college is a great achievement, but for one graduating class in Tucson, every single senior is headed to college. And most have been awarded four-year scholarships, totaling about $17 million.

An entire graduating class of 77 seniors is moving on to higher education. This isn't new to San Miguel High School. The private school has a 100-percent college acceptance rate dating back to 2008.

"Its an expectation of our students to not only get accepted to college, but also finish college. We've prepared them for that, and so now its up to them to go and get it. And they'll be changing not only their future, but the future of future generations in their family," said Dave Mason, the high school's President and CEO.

In the completion of their college careers, the Viper seniors will have gained more than $17 million in scholarships.

SMHS says the graduating class had a total of 561 college acceptances. But out of all of those choices, the seniors all picked their spots at 10 different schools.

"Seeing it projected up of all of the colleges that everyone was accepted to was, like, it was pretty impressive. It's a 100-percent graduation rate, and acceptance rate and everyone thinks its pretty cool, because I guess its, like, not normal, but I don't know. I think it's pretty cool," said Anna Gonzalez, who is going to Pima Community College.

Soon to be a first generation college student, Jesus Carranza, said its been an honor to continue on SMHS's 100-percent acceptance legacy.

"Like, you're finally being a part of something that nobody in your family has been able to participate in or be able to experience. And its just very emotionally overwhelming, when you see your parents struggle so hard to get you in. And the work of the school and staff, and the professors did to get you to that point," said Carranza, who is committed to UA.

SMHS's graduation ceremony will be held on Saturday.