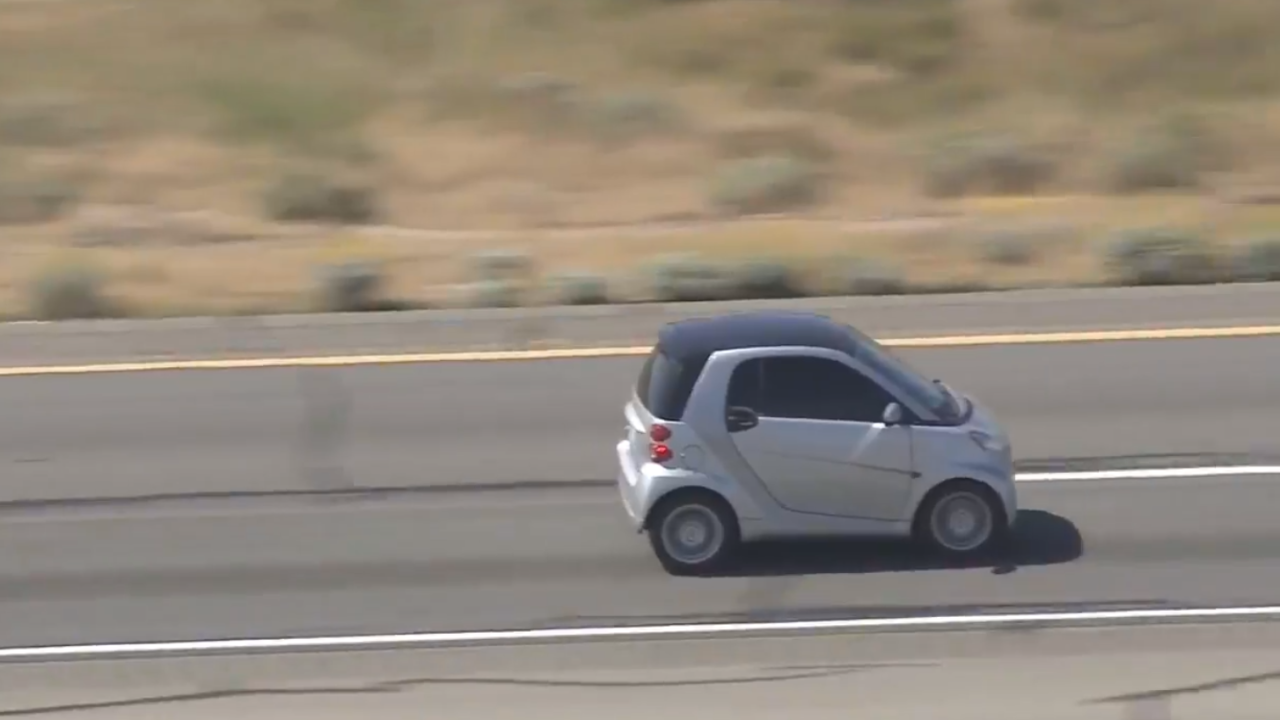 The driver of a Smart Car led Phoenix police on a chase.

PHOENIX (AP) — A driver who led authorities on a slow-speed freeway car chase from Gilbert through Phoenix is facing multiple charges.

They say Nguyen likely faces more charges from Gilbert police, who say the suspect reportedly was yelling and screaming in parking lot before getting into a Smart Car and driving away.

He ran several stop lights before getting on Interstate 17 and then Interstate 10 and was finally stopped on the outskirts of Phoenix.