DPS: Pursuit ends in shooting on Interstate 17 in Phoenix 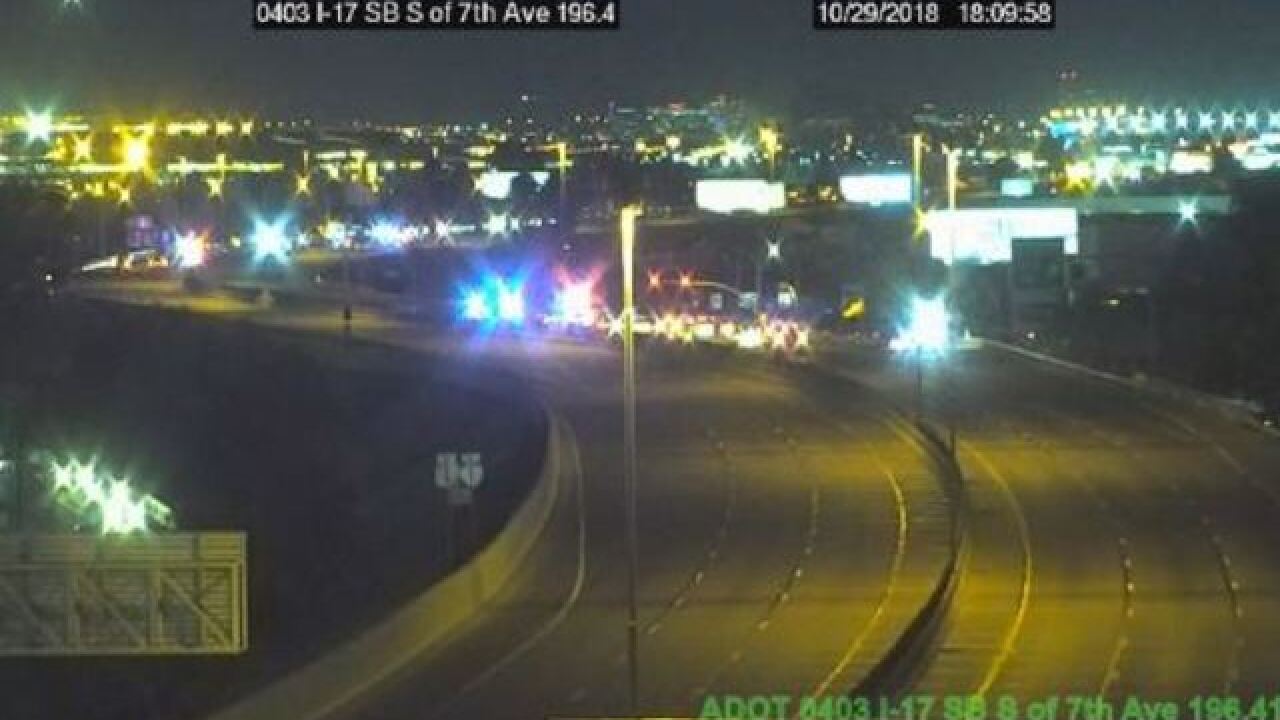 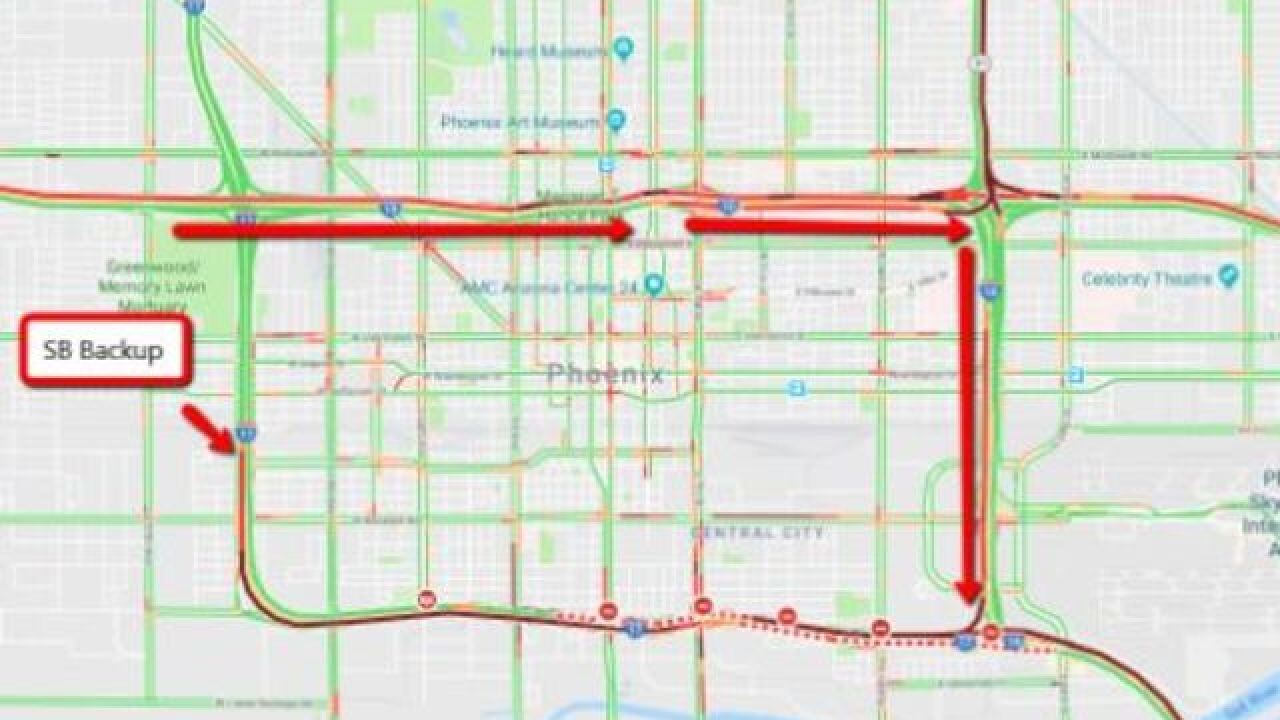 Authorities say a suspect is dead after a police chase and shooting on Interstate 17 that has left three state troopers injured.

Arizona Department of Public Safety officials say a suspect wanted for attempted carjacking fired shots during a police pursuit on the freeway.

Live television video showed a suspect in a white truck being pursued before a DPS trooper in a patrol SUV performed a PIT maneuver about 5 p.m. Monday.

DPS says Mesa police were involved in the shooting and the suspect was pronounced dead at the scene.

His name hasn't been released.

Phoenix police say three DPS troopers suffered non-life threatening injuries and two of them were transported to a hospital for treatment.