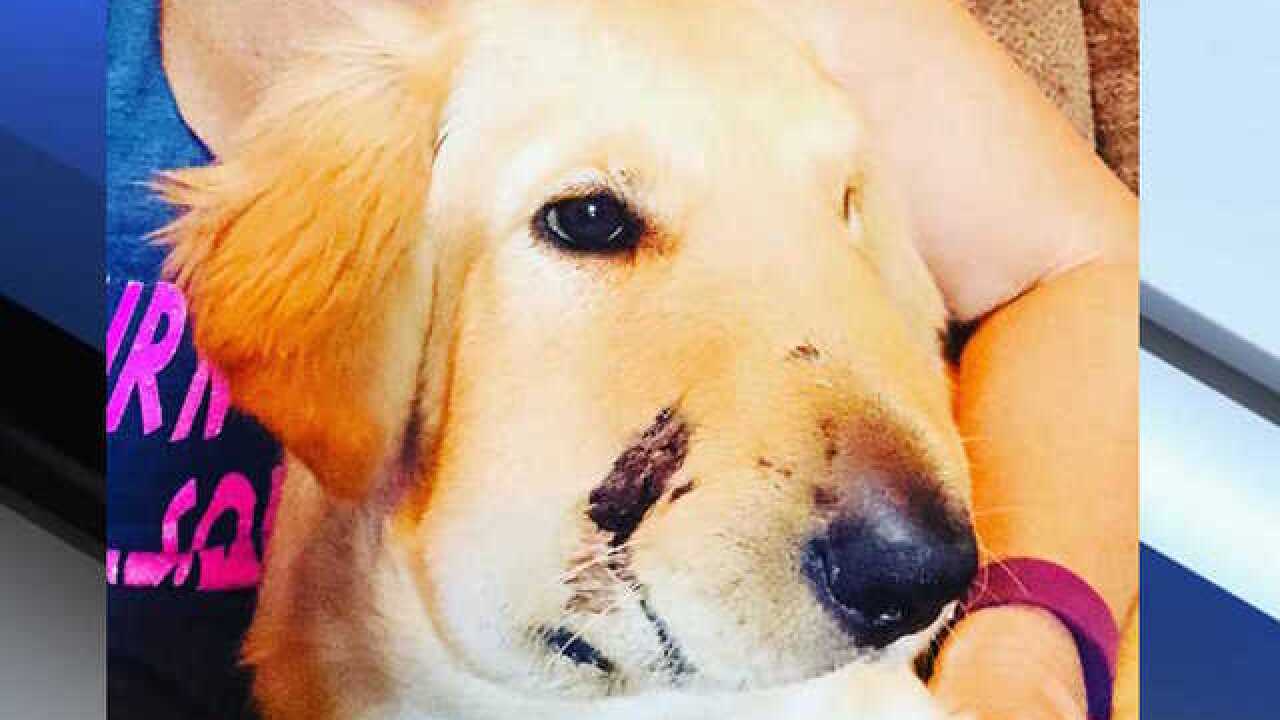 A Golden Retriever who saved his owner from a rattlesnake earlier this year was honored at the 8th Annual Streamy Awards.

Todd the dog took home the Dog of the Year award. This is the first time the Streamy Awards have given out this award.

"Dogs do more for us every day, so why aren’t they honored in the same way that humans are? Milk-Bone believes it’s time to change that. For the first-time ever the Streamys, which historically only honors humans and their accomplishments, will award one dog who has done more with the Milk-Bone Dog of the Year Honor," the Streamy's website says.

While on a hike, Todd the dog jumped in front of his owner's leg when she almost stepped on a rattlesnake, resulting in Todd getting bit in the nose.