Three children in Southern Arizona battling cancer will receive custom backyard play-sets this weekend as part of a special ceremony.

With the help of Diamond Children's Medical Center, Zabdiel was surprised with a playground at his home. 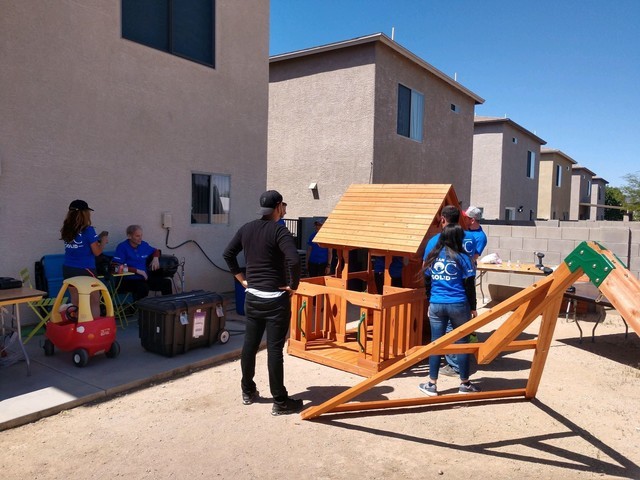 Zabdiel will get to go home soon, but his best friend won't be there to greet him. That's because his husky, Bella, was stolen from his home while he's been hospitalized.

"When I went home in the morning to get some clothes to celebrate his birthday in the hospital, and when I got there she wasn't there. I called my husband and said someone took Bella," said Isis Samaniego, Zabdiel's mother.

Bella was taken from the home located on Buford Ave and Santa Paula, near Valencia and 12th Avenue.

That was six months ago, Christmas Day and Zabdiel's birthday.

The family has put up fliers, spent hours searching for Bella, but no luck.  The hope is someone may have seen her.

"We just need Bella with Zabdi.  It's a lot what he has gone through all of these six months, and he's almost done and my heart hurts. It hurts when we go home and she's not there, and he's looking for her. Whoever has her, take her to the Humane Society to PACC, we will go and get her. We don't want to know anything, we just want her with Zabdi," said Isis.

Bella wasn't just a dog, she was a part of the family.

"He's three years old and has down syndrome. He really got used to Bella. We got Bella for him when he was one year old for, like a therapy dog like a service dog. They have been growing together. So he is really used to her, we really want to find her for him. We want them to be together," said Isis.

Zabdiel has finished his sixth and final round of chemotherapy and doctors will send him home very soon.

It's a bittersweet moment for the medical staff as they get ready to say goodbye to the little boy whose picture hangs in the hallway.

"He's always up in the hall walking. He wakes up brings smiles to everyone's faces, he's adorable, and everyone loves him. We're so proud of him. We're very happy to see him go, but we will miss him, for sure," said his nurse Lisa Siewert. 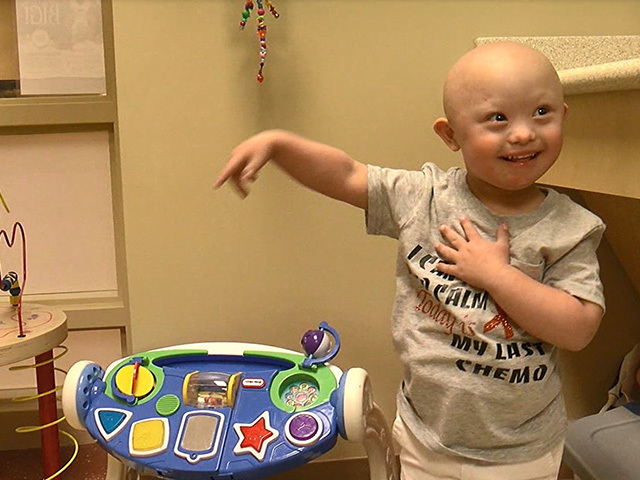 "I don't know what we are going to do because he's so used to them now that when we go home we will have to come back and visit," said Isis.